Accessibility links
CDC: Kids' Use Of Electronic Cigarettes Doubles : Shots - Health News The Centers for Disease Control and Prevention estimates that 1.78 million students in the U.S. have tried electronic cigarettes. Their use has risen dramatically in just one year.

Kids' Use Of Electronic Cigarettes Doubles

Kids' Use Of Electronic Cigarettes Doubles 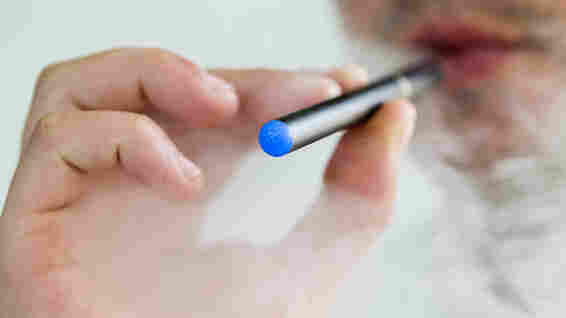 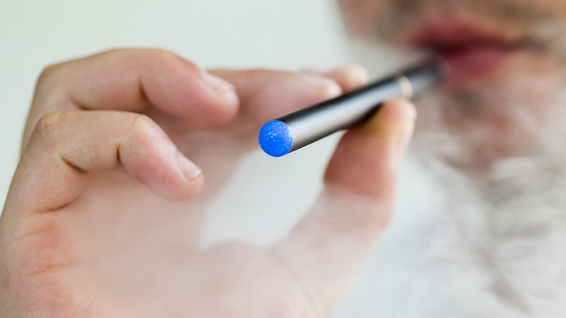 Clouds of nicotine-laced vapor are getting more popular with teens.

The percentage of middle and high school students who have tried electronic cigarettes more than doubled in a year, federal health officials reported Thursday.

Based on the numbers, the CDC estimates that 1.78 million middle and high school students nationwide have tried e-cigarettes.

"The increased use of e-cigarettes by teens is deeply troubling," CDC Director Dr. Tom Frieden said in a statement.

E-cigarettes look like traditional cigarettes, but they don't burn tobacco. Instead, the battery-powered devices use water vapor to carry nicotine into a person's lungs and bloodstream. So the e-cigarettes don't produce tar or carbon monoxide.

The companies that make the devices say they are safer than regular cigarettes and can help smokers stop using them. But some health officials say that remains unclear.

"We don't yet understand the long-term effects of these novel tobacco products," Mitchell Zeller, director of the Food and Drug Administration's Center for Tobacco Products, said in a statement.

"Nicotine is a highly addictive drug. Many teens who start with e-cigarettes may be condemned to struggling with a lifelong addiction to nicotine and conventional cigarettes," Frieden said in the news release.

E-cigarette makers say they don't market to kids. But, like little cigars and cigarillos that are popular with young people, e-cigarettes come in flavors like cherry, strawberry, vanilla and cookies and cream.

Altria, which recently entered the e-cigarette market, issued a statement in response to the CDC report. "We do not want kids to use e-cigarettes or any other tobacco product," the statement said, adding that the company supports legislation that establishes minimum age limits for the purchase of e-cigarettes.

"About 90 percent of all smokers begin smoking as teenagers," said Tim McAfee, director of the CDC's Office on Smoking and Health. "We must keep our youth from experimenting or using any tobacco products. These dramatic increases suggest that developing strategies to prevent marketing, sales and use of e-cigarettes among youth is critical."

The new data come from the National Youth Tobacco Survey, which surveyed youths in grades 6 through 12 across the country about their use of cigarettes — both electronic and tobacco-filled.

E-cigarettes aren't subject to the same restrictions that apply to tobacco cigarettes. There are no extra taxes or restrictions on advertising or selling cigarettes individually. There's also no age limit. Minors are free to buy e-cigarettes in stores and online.

"These findings reinforce why the FDA intends to expand its authority over all tobacco products and establish a comprehensive and appropriate regulatory framework to reduce disease and death from tobacco use," Zeller said.