Accessibility links
Humanitarian Aid Agencies Brace For Fallout From Syrian Strikes : Shots - Health News Millions of Syrians have poured into refugee camps, where food, water and health services are scarce. As the U.S. prepares for possible military action, aid agencies are preparing for thousands more people to flee and worsen the humanitarian crisis.

The Zaatari refugee camp has become Jordan's fourth largest city, with more than 120,000 residents. These false-color satellite images capture the camp's rapid growth since its opening in July 2012.

Aid groups have been scrambling to provide shelter, food, water and health care to the huge numbers of people who've been uprooted by the fighting. The big question now is whether U.S. military action could spark another wave of refugees and make the situation worse.

More than 2 million refugees have now spilled out of Syria into Jordan, Lebanon, Turkey and Iraq, according to the United Nations High Commission for Refugees (UNHCR). The World Health Organization has labeled the situation a "Grade 3" emergency, which is its highest alert level — reserved for an event "with substantial public health consequences that requires a substantial international response."

The majority of the people that have fled ... are extremely vulnerable. They have nothing. They cannot work. They have fled to countries and communities that already have their own share of problems.

Over the past year, the Zaatari camp in Jordan has become the second largest refugee camp in the world, with more than 120,000 residents. The question of possible air strikes by the U.S. is dominating the local news there and appears to be at the forefront of most people's minds.

"There's a lot of fear and anxiety and uncertainly about what this [U.S. action] is all going to mean," says Oxfam America president Raymond Offenheiser, who spent last week touring refugee camps.

Offenheiser has spoken out publicly against military strikes. He says refugees at Zaatari are concerned that U.S. intervention could make the entire conflict worse. "There are others in the camp who are fearing a retribution attack on Zaatari camp itself," he says, "which is more of a rumor than anything else. But it's emblematic of the kind of anxiety among refugees."

Oxfam is mainly involved in providing clean water to people displaced by the fighting, both inside and outside Syria. Oxfam and other aid groups have been setting up contingency plans in case the U.S. does launch strikes against the Syrian regime. 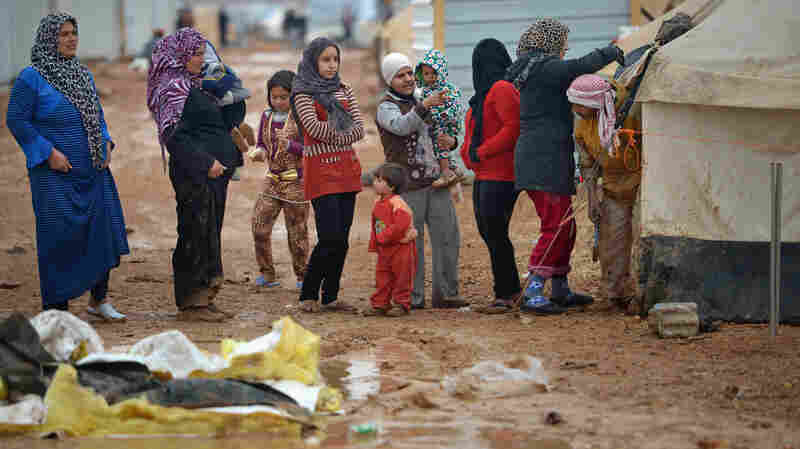 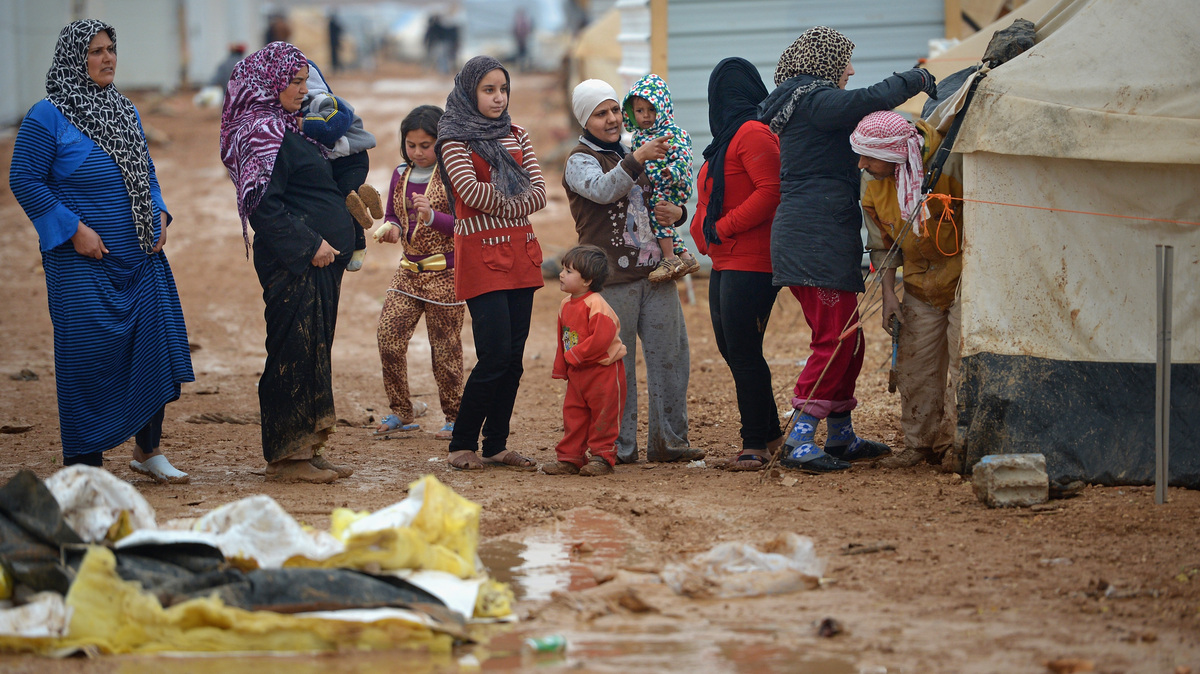 At the Zaatari refugee camp in Jordan, many families struggle to get clean water, food and health services.

The U.N. is stockpiling tents, plastic sheeting and other supplies in Dubai to be able to quickly deploy them throughout the region. The UNHCR is readying a new refugee camp in central Jordan to hold tens of thousands more Syrians.

The World Food Program is already distributing emergency food rations both inside and outside Syria to 4.1 million people affected by the fighting. Now the agency is readying grain in warehouses in case the situation deteriorates, says WFP spokesman Abeer Etefa.

"In Lebanon, for example we have stocked up in terms of food parcels," she says. "We can provide assistance to an influx of up to 120,000 people at a given point in time."

It's very hard to predict how a military strike by the West might affect the flow of refugees, Etefa says. But the WFP's food distribution system inside Syria is already facing huge challenges. "We are taking this day by day. Access is already bad," she says. "There are many areas that we haven't been able to reach for some time."

WFP began providing emergency food relief to people displaced by the Syrian civil war almost two years ago. The refugees living in the sprawling tent camps often fled their homes with just the things they could carry, Etefa says. Even if they did have some savings, that money was exhausted a long time ago.

"The majority of the people that have fled ... are extremely vulnerable," she says. "They have nothing. They cannot work. They have fled to countries and communities that already have their own share of problems."