Accessibility links
Proposed Alaska Road Pits Villagers Against Environmentalists : Shots - Health News A proposed road in Alaska is pitting residents against environmentalists. The people who live in a remote village want better access to an airport with year-round flights to Anchorage for medical emergencies. But the road would cut through a wilderness area, which environmentalists say would set a bad precedent. 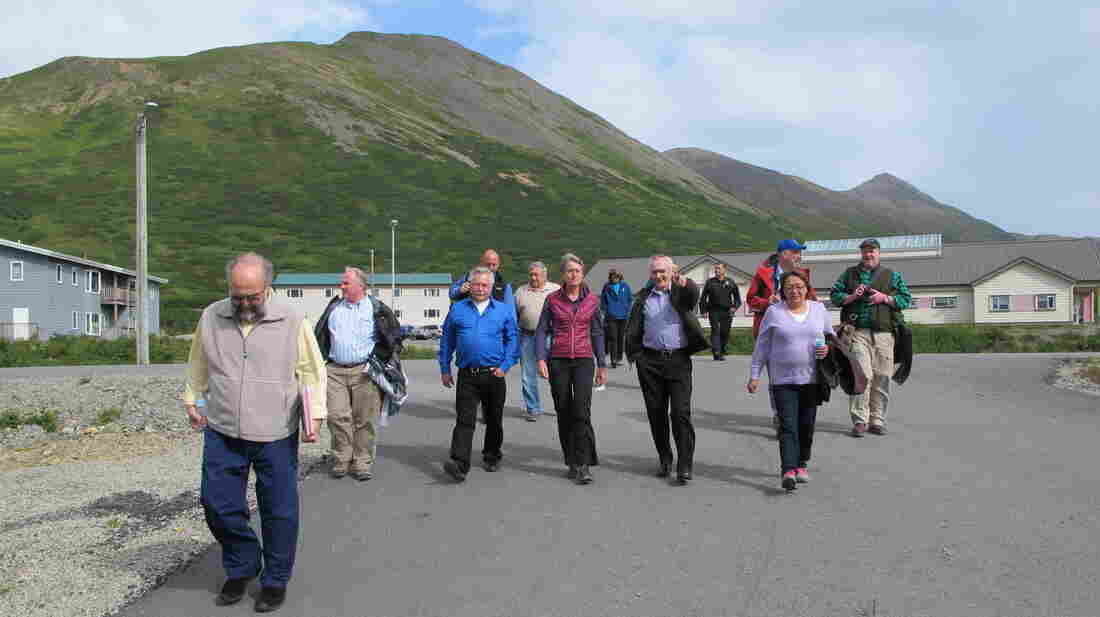 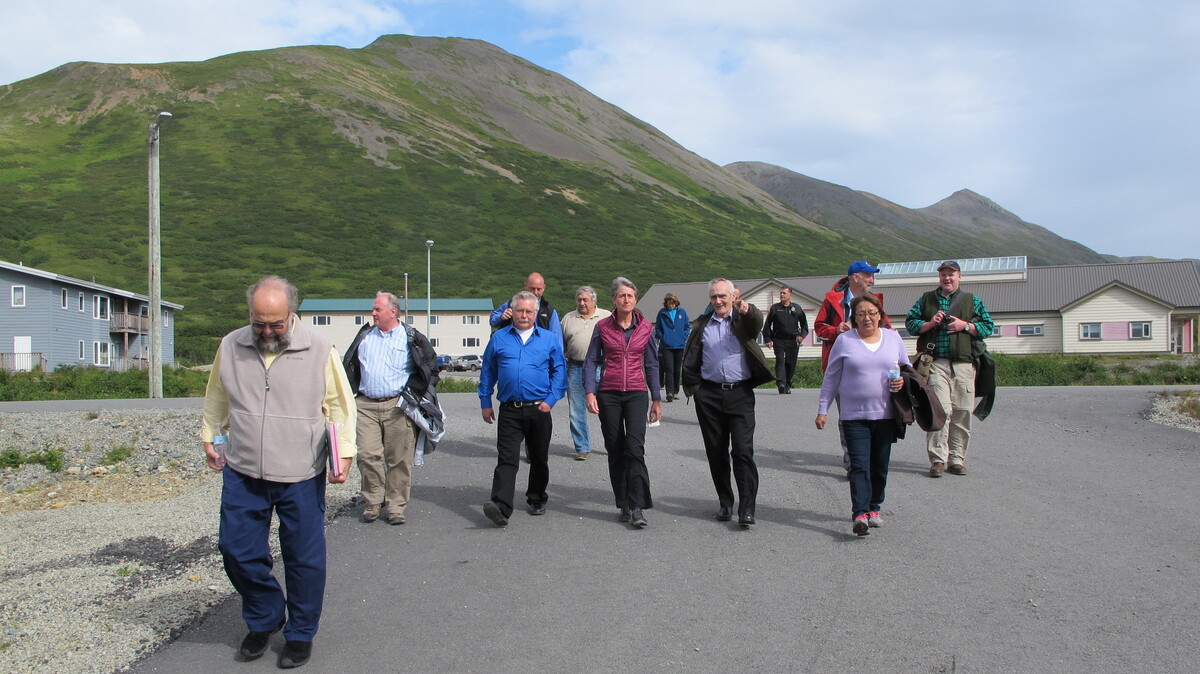 The town of King Cove, Alaska, is crowded onto a narrow spit, surrounded by ocean and isolated by rows of volcanic mountains.

It's an Aleut Native community of about a thousand people, and for roughly a third of the year, treacherous winds close its airstrip. There's no road between King Cove and Cold Bay, the nearest town with year-round air facilities. When the weather turns bad, the only way out of King Cove is a two-hour boat trip through choppy seas.

When there's a call about a medical emergency in the middle of the night, the first thing Bonita Babcock wants to know is how bad the wind is blowing. Babcock is a community health aide and a lifelong resident of King Cove. Her job is to stabilize patients and get them to Cold Bay, so they can be flown 600 miles to the nearest hospital in Anchorage.

"We're looking, and most of the time it's going to have to be a medevac. And we're wondering: What are we looking at here? Are they going to be able to get them out?" Babcock says.

King Cove has been asking for a road to Cold Bay for these types of situations for more than two decades. The U.S. Fish and Wildlife Service has denied the request twice.

That's because the 11-mile-long, one-lane gravel road that could make life safer there would slice through the center of Izembek National Wildlife Refuge. 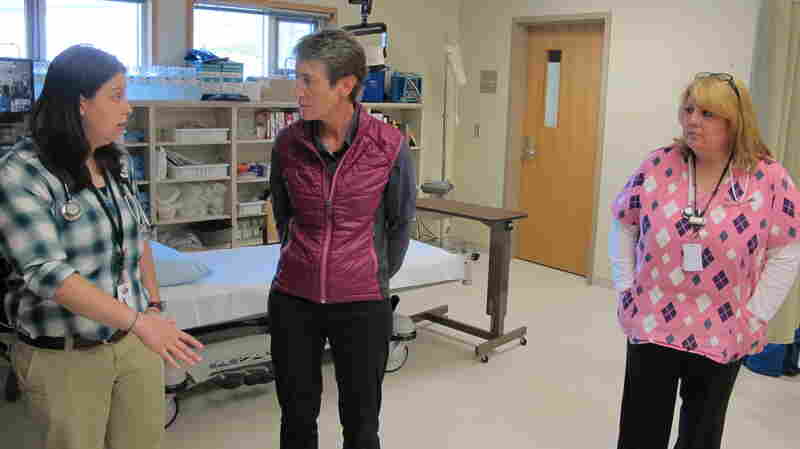 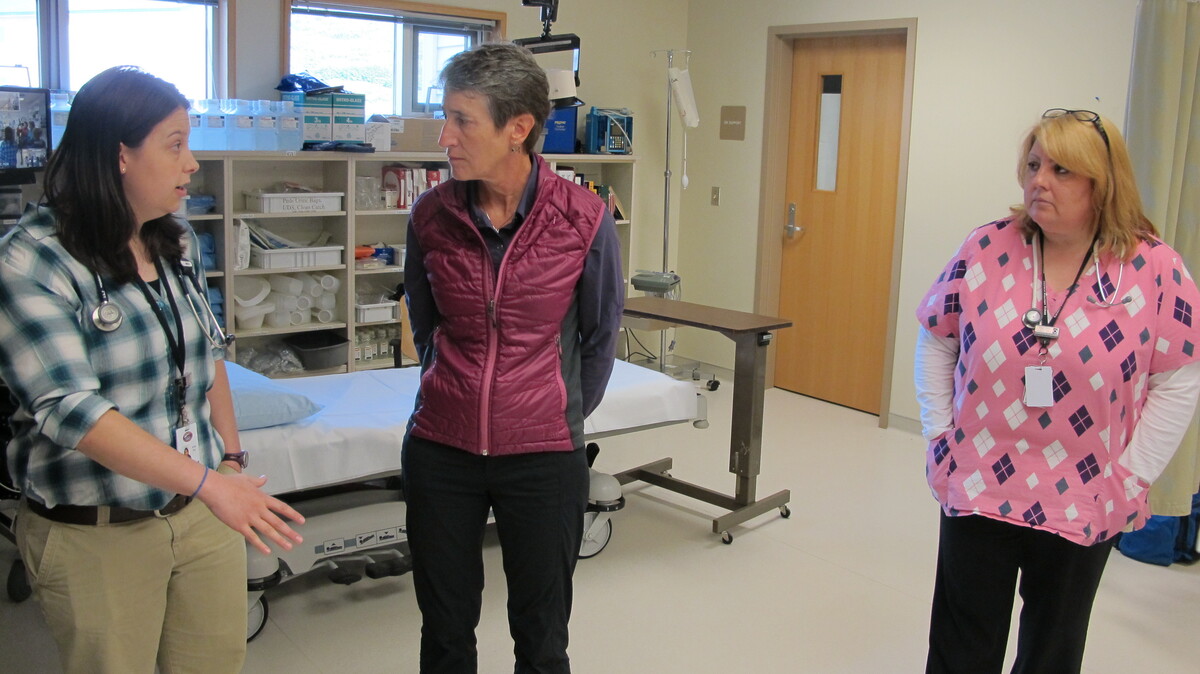 Bonita Babcock (right) looks on as a physician assistant at the clinic in King Cove, Alaska, explains to Interior Secretary Sally Jewell how a road from King Cove to Cold Bay would improve health care.

Jewell made the trip at the end of August, and Babcock gave her a tour around the King Cove Clinic.

Jewell heard stories of medical close calls, like a baby who was having trouble breathing and had to be rescued by a Coast Guard helicopter. And she heard about unreliable transportation out of and into the community.

Environmental groups say a road deal for King Cove would set a precedent that could make it easier to build roads through other wilderness areas. Nicole Whittington-Evans, with The Wilderness Society, says Izembek is important for bird species like black brant and tundra swan.

"When you are in Izembek, and you look around at the breathtaking coastal mountains and this incredibly vibrant and ecologically rich area, you know this is a global resource we should be protecting," she says.

Whittington-Evans doesn't think the road is worth it. It would take more than two hours to drive the full 30 miles, and she's skeptical it would be the fastest way to evacuate people with medical emergencies.

King Cove residents acknowledge they want the road for more than health and safety reasons. It would make it cheaper to fly to Anchorage, and high school sports teams could more reliably compete against other villages.

The refuge covers 300,000 acres, and the community and the state are offering to add 60,000 more in exchange for the road.

The decision ultimately rests with Jewell, and she said it's a tough call. "I think that there have been efforts to talk about a tradeoff between human safety and wildlife, and the reality is I think we want both, so I understand the interests on both sides. It's difficult, and I don't think that's a reasonable tradeoff."

She hasn't said when she'll decide. But Etta Kuzakin, with the Agdaagux Tribal Council in King Cove, hopes Jewell's visit persuaded her to approve it.

Five months ago, Kuzakin went into premature labor in King Cove when the winds were howling. She made it out of the community later that day on a Coast Guard helicopter. She now has a healthy daughter named Sunny Ray, but Kuzakin worries about future emergencies that might not end happily.

This piece is part of a partnership among NPR, Alaska Public Radio Network and Kaiser Health News.