Accessibility links
Health Care Costs Are Projected To Outpace Economic Growth : Shots - Health News Though the Obama administration says that the nation is entering a new era of lower health care spending, an analysis from the agency that oversees Medicare says probably not. Those economists say that health spending will escalate as the economy improves, as it has in past economic recoveries. 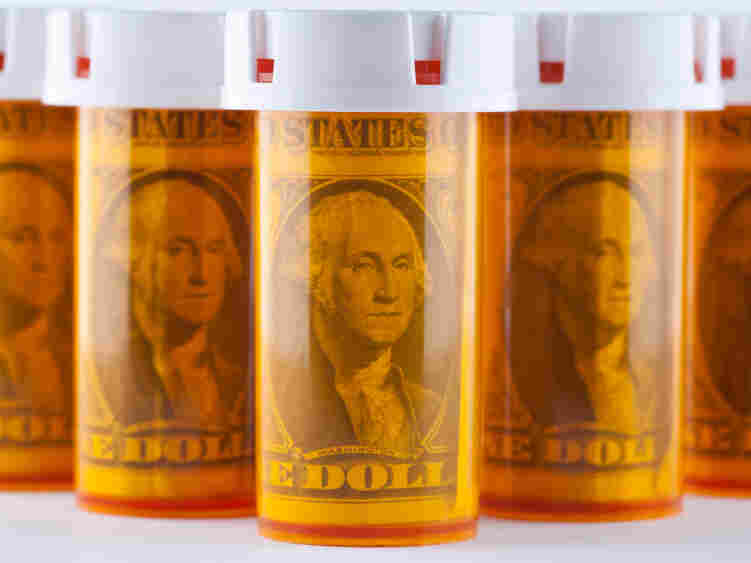 Increased use of generic drugs caused a slight drop in the price of prescription drugs in 2012. iStockphoto.com hide caption 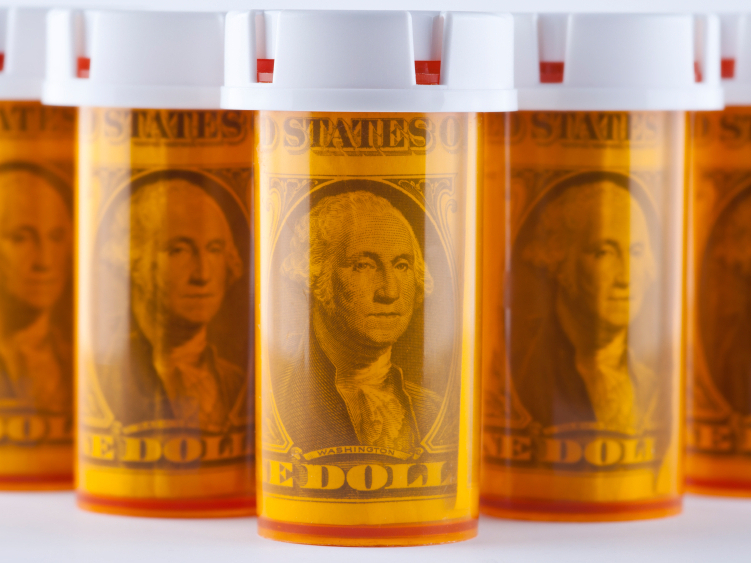 Increased use of generic drugs caused a slight drop in the price of prescription drugs in 2012.

The nation's health spending will bump up next year as the Affordable Care Act expands insurance coverage to more Americans, and then will grow by an average of 6.2 percent a year over the next decade, according to projections by government actuaries.

That estimate is lower than the typical annual increases before the recession hit. Still, the actuaries forecast that in a decade the health care segment of the nation's economy will be larger than it is today, amounting to a fifth of the gross domestic product in 2022.

They attributed that to the rising number of baby boomers moving into Medicare and the expectation that the economy will improve, according to a study published online in the journal Health Affairs.

The actuaries were not persuaded that cost-cutting experiments in the health law will have an impact. Neither were they convinced that new insurer procedures that change the way doctors, hospitals and others provide services will help. They assumed "modest" savings from those changes from the law.

"It's a little early to tell how substantial those savings will be in the longer term," Gigi Cuckler, an actuary for the Centers for Medicare and Medicaid Services and lead author of the report, told reporters Wednesday.

Still, the Obama administration enthusiastically greeted the report. "We are on the right track to controlling health care costs, thanks in part to the Affordable Care Act," CMS Administrator Marilyn Tavenner said in a statement. "More Americans will have the ability to get the health care they need, and that is a good thing. We have identified several areas where our reforms to control costs are making progress and we must build on those efforts in the years ahead."

But not everyone agrees. "I think it's quite clear from the study that the notion that the health care law fundamentally bends costs is just totally unsupported by facts," James Capretta, a budget adviser to President George W. Bush, said in an interview. "Something more fundamental needs to be done to slow costs than what is in the health law."

And Uwe Reinhardt, a Princeton economist who supports overhauling the health system said, "I also believe the ACA had basically nothing to do with the bending of the cost curve in the last few years." But he said he was more optimistic that health spending will not resume its old path of sharp increases. "I do believe there is a mood among the payers for harder push back on prices," he added in a podcast discussion about the report recorded by Health Affairs.

"It's quite astounding" that the actuaries do not expect health care providers to hike their prices in coming years, Reinhardt said. "Most of the increases they project have to do with more insured and the growth of the elderly because of the retiring baby boom."

For their part, the actuaries said they are skeptical that the nation has entered a new era of lower health spending, a case that has been made by the Obama administration and many prominent economists. Those economists have predicted that a strengthening economy will not be accompanied by sharp health spending hikes.

Instead, this report predicts that health spending will rise faster than economic growth as the business climate improves.

"Until we see evidence that relationship has been broken, it's very difficult to conclude something structural has occurred," Stephen Heffler, director of the statistics group at the Office of the Actuary at the Centers for Medicaid and Medicare, said at the briefing.

The actuaries predict that by the end of this year, the nation will have spent 4 percent more on health care than in 2012. That would be an unusually low increase by historic standards because the economy has remained "sluggish" and employers are making workers pick up more of the costs of medical services, driving down use. The nation will spend $2.9 trillion this year on health services, they predict.

Next year the actuaries expect about 11 million uninsured people will gain coverage through the new private insurance marketplaces and the expansion of Medicaid that starts under the federal health law.

Health spending will rise by 6.1 percent in 2014 to $3.1 trillion, the actuaries estimated, driven by higher use of physician and other medical professional services and higher prescription drug use. The actuaries expect most of the newly insured people will be relatively young and healthy, and therefore spending on hospitals and other acute services will not rise as much.

The health law's limits on the maximum amount patients will be required to spend is projected to cause out-of-pocket spending to fall 1.5 percent in 2014. That would reverse course again in future years, primarily if people have more disposable income as the economy improves. But the actuaries do not believe out-of-pocket spending will rise as quickly as overall health spending.

Over the decade, government spending could be tempered by reductions in spending on Medicare and Medicaid driven by the automatic 2 percent cuts in federal spending, known as sequestration, and lower payments Medicare is imposing on providers, the actuaries said.

Still, government programs would be responsible for medical coverage for more people than they are now. By 2022, health spending will total $5 trillion, which is 19.9 percent of the gross domestic product, up from 17.9 percent last year, according to the estimates.