Accessibility links
Say What? French Horn Players Run Risk Of Hearing Loss : Shots - Health News Nearly half the horn players in an Australian study noticed that they'd lost some of their hearing. Among the younger horn players, hearing tests found that up to one-third of them had noise-related hearing deficits. 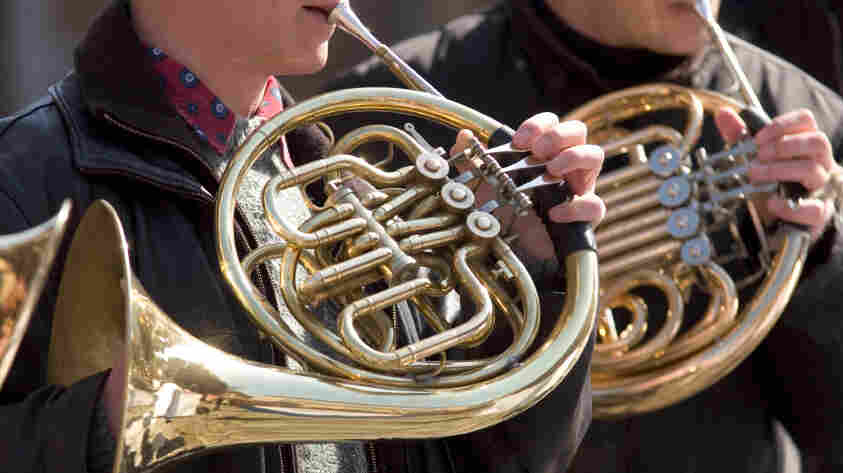 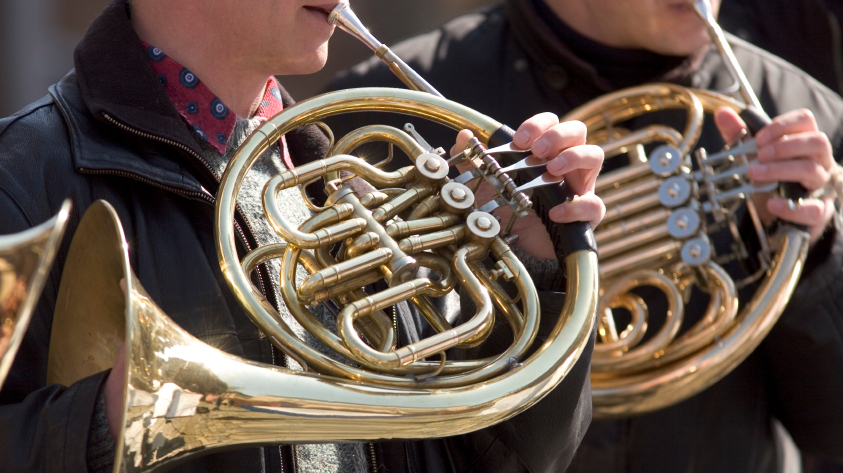 Stand back, or wear earplugs.

Loud music can lead to hearing loss. But it's not just rock musicians and their fans who are at risk.

In classical orchestras, horn players are particularly vulnerable to hearing damage from the tunes they and their colleagues play.

Australian researchers took advantage of an international meeting of French horn players in Brisbane a few years back to measure the hearing of 142 of them.

The findings? Among professional horn players 40 or younger, there were signs of noise-induced hearing loss in somewhere between 18 percent and 33 percent of them, after the researchers adjusted the findings to account for age and gender.

Nearly half the horn players who answered a questionnaire about their hearing said they'd noticed losing some of it.

The researchers struck out when they tried to figure out factors that might help predict who would be most likely to lose some hearing. One limitation of the study is that the researchers couldn't account for nonmusical noise exposure that could affect hearing.

The responses to the questionnaire revealed that fewer than 1 in 5 of the musicians said they used hearing protection, such as earplugs. Of those who did, only 11 percent used it all the time during performances.

Earlier this year, a Swedish researcher published results from a study involving 22 professional musicians who wore devices to measure their sound exposure for two weeks. The musicians also kept track of the times when they thought the sound might be loud enough to harm hearing. Only about half the musicians did a very good job of that.

The Australian researchers concluded that managing the hearing risks for musicians presents a challenge. But, they write, it's worth trying to do a better job because "any hearing loss will affect a horn player's ability to perform and therefore his or her livelihood."

The findings appear in the November issue of the Journal of Occupational and Environmental Hygiene.