Accessibility links
Look Into My Eyes. Not Persuaded? You're Not Alone. : Shots - Health News People are told that if you want to get a point across, look your audience straight in the eyes. But that works only if the person already agrees with you, a study finds. When people don't share the speaker's opinion, looking them in the eye may actually make them less likely to change their minds.

Why Eye Contact Can Fail To Win People Over

Why Eye Contact Can Fail To Win People Over 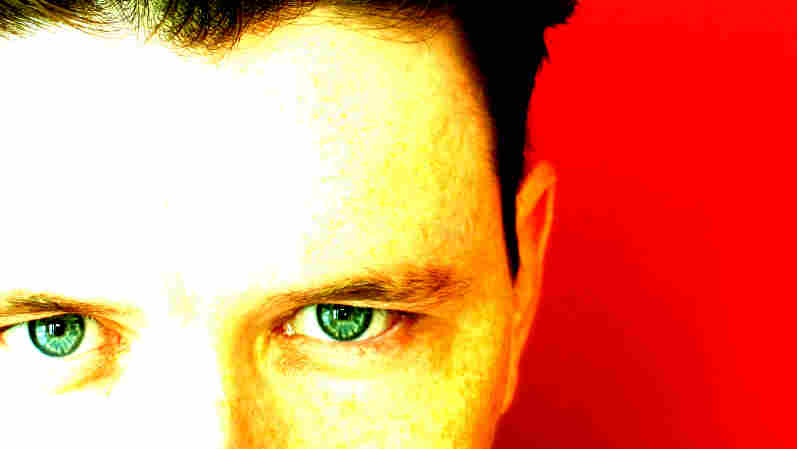 Eye contact may prove persuasive only if a person's already on your side, a study finds. iStockphoto.com hide caption

Pop psychology holds that to connect with someone, you should look deep into their eyes. The more you look, the more persuasive you'll be. But that may work only when your audience already agrees with you.

Researchers in Germany tested the power of the eye lock by polling university students about their opinions on controversial issues like assisted suicide, nuclear energy and affirmative action in the workplace.

They then had the students watch two-minute Internet videos of people expounding on the controversies. Eye-tracking machinery was used to measure where the students looked.

The students spent more time looking into the eyes of the speakers when they agreed with their point of view, and avoided eye contact when they disagreed or were neutral. "Persuaders may misattribute returned gaze to their persuasion skills," the researchers concluded.

The students were also less likely to change their opinions, as measured in a second poll, when they looked directly in the speakers' eyes. This was particularly true when the person in the video looked directly at viewers, rather than to the side of the frame.

Interesting, sure, but this was a small study with just 20 students. And there could be other factors other than eye gaze at play. Maybe they just didn't like the speakers' looks.

To try to reduce those factors, the researchers did a second experiment with scripted videos they recorded. They made sure the 42 students saw videos expressing opinions they disagreed with. And the participants were asked to focus either on the speakers' eyes or speakers' mouths.

"Eye contact is clearly used in many situations to signal attraction, love and even agreement," Frances Chen, an assistant professor at the University of British Columbia and lead author of the study, told Shots.

But forcing someone to look into your eyes could backfire if you're trying to change their opinion, Chen says. "Think about parents saying, 'Look at me when I'm talking to you!' "

The study was published online in Psychological Science.

This conclusion probably doesn't come as a huge surprise to anyone who has a dog. There's abundant research showing that animals interpret a direct eye gaze as dominance or aggression.

No less an authority than TV dog whisperer Cesar Millan preaches "no touch, no talk, no eye contact" as the way to get a misbehaving dog to calm down.

And when it comes to humans, what parent hasn't watched a child shift their eyes away when they're being cornered about chores undone?

It might be helpful to think about a listener's emotional state, Chen says, before going for the eye lock. That averted gaze may be more powerful than that "persuasive" stare. "If they're already avoiding eye contact with you, especially if you're saying something potentially threatening to them, maybe think twice before insisting that they make eye contact with you."