Accessibility links
The Last Word On Hormone Therapy From the Women's Health Initiative : Shots - Health News Hormone replacement therapy used to be considered a fountain of youth for women. Then studies from the Women's Health Initiative found that HRT raised women's risk of chronic diseases. A final report from the massive study says hormone therapy can help younger women manage menopause symptoms, but it isn't safe for use long-term.

The Last Word On Hormone Therapy From the Women's Health Initiative

The Last Word On Hormone Therapy From the Women's Health Initiative

Back in 2002, a research study blew apart the widely held belief that hormone replacement therapy protected women from heart disease and other chronic ills.

The study had a huge effect: Within months the number of women using HRT dropped by almost half.

But confusion over if, why and when to use HRT has lingered.

This week, the Women's Health Initiative published a final comprehensive report on its long, broad and deep look at women and HRT. The study, which was published in JAMA, the journal of the American Medical Association, monitored the health of 27,347 postmenopausal women while they were in the two HRT randomized trials and in the years after. It sums up results that have been published piecemeal in more than 100 articles. 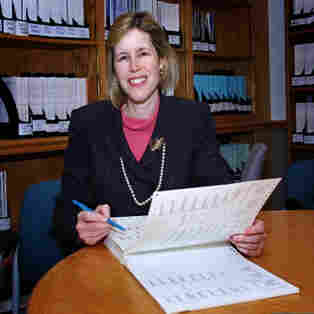 Shots talked with Dr. JoAnn Manson, lead investigator of the Women's Health Initiative and a professor of medicine at the Harvard School of Public Health, to get the final word. She's been with the study since its birth in 1993. This is an edited version of that conversation.

What does this study tell us that we didn't know before about the benefits and risks of HRT?

The key point is that the results are now broken down by age and time since menopause. This is really what women and their clinicians have needed in order to interpret the findings and provide individualized care.

The recommendation is, don't use hormones for chronic disease prevention, but do consider whether younger women [could use them] for treatment of moderate to severe symptoms of menopause.

Why would age make a difference?

The younger women are less likely to have adverse events [like heart attacks, blood clots, and stroke].

So hormone therapy is appropriate for women in early menopause because they are likely to have quality-of-life benefits that outweigh the small likelihood of adverse events.

A clinician would make a very different risk interpretation for a 71-year-old woman interested in taking hormones for chronic disease prevention.

But it really should not be used for long-term disease prevention by women in any age group, because there is concern about an increased risk of blood clots and stroke.

The bar is set very high for long-term use because of those potential risks.

It seems like that message hasn't gotten across. Ever since the first WHI findings were announced in 2002, many women have presumed they should never, ever use hormone replacement therapy, even for symptom relief.

It was never the intention to deny hormone therapy to women in early menopause. We said OK, hormone therapy shouldn't be used for chronic disease prevention. But many women and their clinicians were misinterpreting that.

If that distinction is clearly made, I think there's a really important advance in health care.

This is a big, complicated study, and it's easy for to get confused. For just one example, the two trials found that taking estrogen alone reduced the risk of breast cancer, while taking it with progestin increased breast cancer risk.

We don't really have a clear understanding of the mechanisms for a finding of lower breast cancer risk for conjugated estrogen alone. It really needs to be looked at more carefully.

In the past decade, many women have turned to other forms of estrogen like bioidenticals or compounded estrogen, thinking they'll be safer.

There are so many medications that are being taken that haven't been studied. They all have their own risks. Hormone replacement therapy is now one of the best-studied medications in history.

It will be helpful to have more research on different formulations of estrogen, the lower doses, and the skin patch and skin gel routes of delivery. But in terms of oral hormone therapy, I think there's a very comprehensive evidence base to use for decision-making.

You've said that back in the 1990s you had a hard time recruiting women for the trial because 40 percent of menopausal women were on HRT.

You know, there's such an irony to the saga of hormone replacement therapy. The pendulum has swung so widely, from "hormone therapy is good for all women" to "it's bad for all women" to now somewhere in between. This really does seem to be the appropriate place for the pendulum to come to rest. But it's been a long saga getting there.

So is this it for you and HRT research?

[Laughs.] We've learned never to say never. We want to look at genetic factors, and blood biomarkers and other factors that may help with clinical decision-making. But the bottom line is unlikely to change. This is really likely to be the most definitive report from the Women's Health Initiative.