Accessibility links
It's Time To Rediscover The IUD, Women's Health Advocates Say : Shots - Health News Intrauterine devices are more than 99 percent effective in preventing pregnancy. But misnomers about side effects and high initial costs have kept many women in the U.S. from using them. 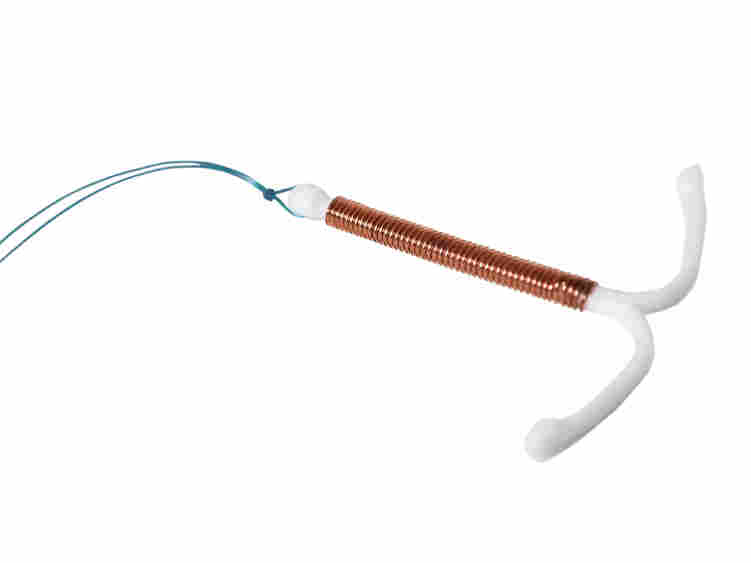 Intrauterine devices are one of the most effect forms of birth control, but are relatively underutilized, at least in the United States. iStockphoto.com hide caption 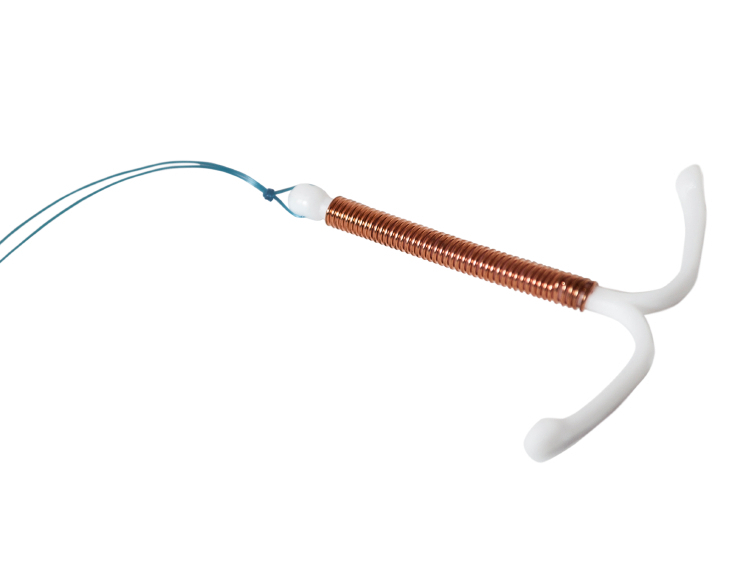 Intrauterine devices are one of the most effect forms of birth control, but are relatively underutilized, at least in the United States.

What will it take to make intrauterine devices sexy?

IUDs are highly effective forms of contraception, but fear of side effects, lack of training for doctors and costs can keep women away. Health organizations and private companies are trying to change that by breaking down misconceptions and broadening access.

The contraceptives are inserted into the uterus and can prevent pregnancy for years. And they're reversible. Shortly after they're taken out, a woman can become pregnant.

IUDs are more than 99 percent effective. The World Health Organization reports they are "the most widely used reversible contraceptive method globally." But few women in the U.S. use them; the percentage is only in the single digits, in part because IUDs have a checkered past. The Dalkon Shield IUD, marketed nationwide beginning in 1971, was found to raise the risk of pelvic inflammatory disease. Medical complications and deaths sparked lawsuits with thousands of claimants.

"So we had a whole generation in the '70s and '80s ... where doctors and clinicians weren't trained and women didn't have that option," says Dr. Jeffrey Peipert, a professor of obstetrics and gynecology at Washington University in St. Louis.

That training gap remains, even with newer and safer IUD models, Peipert says. And family medicine residents may no longer be required to get training in contraceptive counseling, as NPR has reported.

The two common intrauterine devices in the U.S. are ParaGard, which releases copper to interfere with sperm, and Mirena, which prevents pregnancy with the hormone progesterone. There is still a slight risk of pelvic inflammatory disease. But Bayer Healthcare Pharmaceuticals, the maker of Mirena, says fewer than 1 percent of users of its device get the infection. More common side effects for women using IUDs are irregular bleeding or cramping.

Upfront costs also limit access; the price of the device and getting it inserted can cost hundreds of dollars.

But Mirena works for up to five years, and the copper IUD up to 10. So over time, they can actually be cheaper than monthly payments for, say, the pill. And IUDs, like other contraceptives approved by the Food and Drug Administration, are expected to be covered for most users under the Affordable Care Act.

Peipert and his colleagues figured that if they provided trained experts, educated women about their options and helped with costs, more women would choose IUDs.

For their study, they enrolled 9,256 teenagers and women, ages 14 to 45. Fifty-eight percent of participants opted for intrauterine devices. Compare that to about 5.6 percent of women using contraceptives who chose IUDs from 2006 to 2010 in the U.S. Plus, the researchers saw a drop in teen pregnancy and abortions in the study group.

The initiative, known as the Contraceptive CHOICE Project, is expanding to other cities and even possibly to Africa, Peipert says.

Family planning initiatives are gaining traction worldwide, according to Anne Pfitzer, family planning team leader for the nonprofit Jhpiego. Pfitzer, who is helping to implement USAID's Maternal and Child Health Integrated Program, says this trend was encouraged by an international gathering of public health providers and governmental organizations in July 2012. The London Summit aimed to make family planning a global health priority.

IUDs are a part of that trend. Taking more time between births is better for the health of women and their babies, and Jhpiego project director Elaine Charurat says that discussion should happen when women are pregnant. Charurat says, in developing countries where access to health care is limited, women are more likely to come to a clinic for their baby's sake than for their own contraceptive purposes.

If mothers do opt for contraception immediately after pregnancy, an IUD is a good choice, Pfitzer says, because of its long-term convenience and because the copper IUD doesn't give off hormones, which could interfere with breast feeding.

Talking to women when they're at the clinic is one way to open access to IUDs — improving the efficacy of training is another. Jhpiego, for example, is using lightweight, relatively cheap anatomical models to more easily train local health providers in Pakistan. 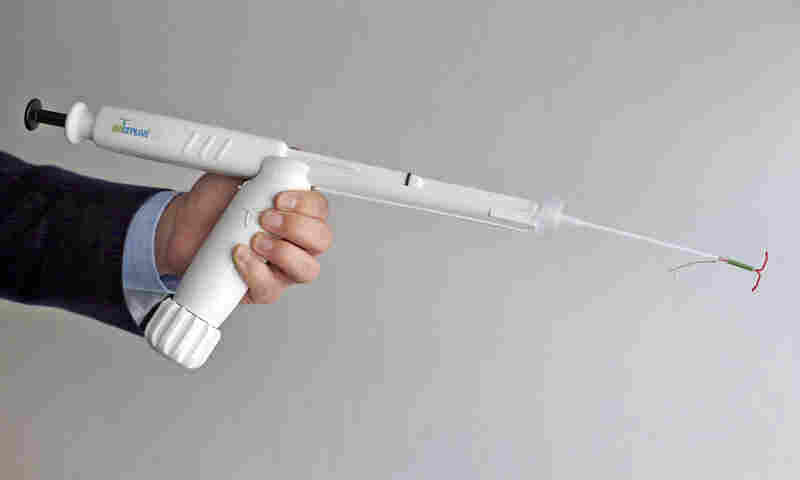 The company Bioceptive is working on making the insertion process simpler, to cut down on the technical training needed. Shuchi Khurana, COO and co-founder of the medical startup, says Bioceptive's inserter automates some of the trickier parts of the process, letting the provider know where to place the device and safeguarding against perforating the uterus.

Studies have found that tearing of the uterus happens about once or twice for every 1,000 insertions; the risk is higher with inexperienced operators and women who've had fewer children.

In July, Bioceptive's inserter was a nominee in the same international contest that Jhpiego had been a part of in 2012: Saving Lives At Birth. The challenge looks for "groundbreaking" prevention and treatment ideas for women and newborns in poor, rural communities, says Wendy Taylor, who helped spearhead the challenge.

Taylor, director of USAID's Center for Accelerating Innovation and Impact, says there have been "fewer ideas around family planning" submitted. But she says they're trying to encourage more projects in this area; it may just be a matter of tapping into the right communities.

What's Next For Women

Back in the U.S., Peipert says, "We're just getting past the period of the myths and the lack of training and the misconceptions about these methods."

For one thing, there has been confusion over who should use IUDs. Marketing for Mirena, for example, has been geared toward women who had at least one child. But in September 2012, the American College of Obstetricians and Gynecologists issued new guidelines stating that implants and intrauterine devices "should be offered as first-line contraceptive options for sexually active adolescents."

A new brand is designed specifically with younger patients in mind, Peipert says. Skyla is basically a new version of Mirena: slightly smaller, with a lower level of hormone. It works up to three years, as opposed to five with Mirena.

Another hormone-releasing IUD could be on its way. In June, a nonprofit pharmaceutical group in San Francisco announced a partnership with the global pharmaceutical company Actavis, aiming to reduce cost as a barrier to contraception.

Peipert expects even more invention around IUDs in the future.