Accessibility links
For Boys With Eating Disorders, Finding Treatment Can Be Hard : Shots - Health News Anorexia and bulimia, eating disorders once thought to affect only girls and women, affect a growing number of boys and men. Boys as young as 9 and 10 are feeling the pressure to be ripped and muscular, psychologists say. But they can have a hard time finding a treatment program geared to males.

Last year, Kathy Noyes began to notice that her 12-year-old son, Jonathan, was eating more than usual. She caught him eating late at night. She found empty peanut butter jars and chip and cookie bags stashed around the house.

She didn't know what to make of it. Her friends said, "Well, my boys eat a lot too. They're growing boys. Just wait till you get your grocery bill when they're 16."

But Jonathan soon started to be sent home from school frequently because he was sick.

"He started vomiting a lot," recalls Noyes. "And then afterward he'd be fine. He wasn't feverish, he wasn't pale. So I'd send him back to school and he'd be sick again."

That's when she realized something was seriously wrong. She took Jonathan to a doctor who diagnosed him with the eating disorder bulimia nervosa.

Eating disorders are commonly thought to be a problem for girls and women, but an estimated 10 million American men have an eating disorder at some point in their lives, according to the National Eating Disorders Association. Psychologists and psychiatrists who treat eating disorders say those numbers are on the rise. The condition can be life-threatening.

"Over the last five, six years, I've been seeing younger and younger boys who are struggling with these problems," says Roberto Olivardia, a clinical psychologist affiliated with Harvard Medical School, who has been working with boys and men with eating disorders for nearly two decades.

Like girls with eating disorders, the boys tend to be perfectionists and may have mental health problems, including obsessive compulsive disorder, anxiety or depression. Eating disorders tend to kick in during especially difficult life changes.

I can't stop this. I'm helpless. I need peanut butter.

Jonathan Noyes began binge eating three years ago, when he was 10. He and his family had returned from a vacation when his whole life seemed to fall apart. His father lost his job, which added stress to his parents' relationship. His grandmother got diagnosed with cancer and moved in with his family. And his cat died.

The first food he binged on was peanut butter.

"At first I thought I could stop doing it whenever I want; it's not a big deal," Jonathan says. "You know, it's just a thing I do." But soon he realized "I can't stop this. I'm helpless. I need peanut butter."

That need brought with it an overwhelming sense of guilt, he says. So he started purging. Every time he felt he had overeaten, he says he would lock himself in the bathroom and stick his fingers in his throat until he threw up.

"I felt the relief, but there was still the guilt and pain there," Jonathan says.

He has always been a little chubby and has been bullied at school for it. "I'm the butt of jokes," he says. "I'm the guy that everyone makes fun of."

Increased social pressure for boys and men to be lean and muscular is at least partly responsible for the rise in males with eating disorders, Olivardia says. "In the early '80s, there was this real significant increase of advertising showing shirtless men, where the body became more of a commodity."

And though eating disorders in boys share many similarities with those in girls, treatment programs tailored to girls may not feel like the right fit.

Jonathan was the only male patient at an eating disorder program at Hartford Hospital in Connecticut. "A lot of the stuff didn't really apply to me," he says. "Like the stuff about body image, and how you feel, and what's going on in your head and stuff."

Still, the program helped. Jonathan feels better about his own body. He no longer purges, and for the most part doesn't binge. 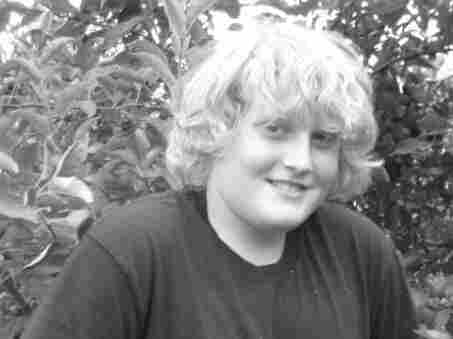 The lack of eating disorders treatment tailored for boys and men is all too familiar to psychiatrist Theodore Weltzin, the director of the nation's only residential program for boys and men, at Rogers Memorial Hospital, a nonprofit psychiatric hospital in Oconomowoc, Wis.

"One of the biggest concerns for men is they feel a little bit like a fish out of water when they go and seek treatment for an eating disorder," says Weltzin.

Collin Schuster entered the program at Rogers Memorial Hospital after six years of bingeing. When he first walked into a room full of boys and men, he felt a weight lift off his shoulders.

"I didn't realize that there were other guys out there who were struggling with similar issues," says Schuster, 18. "That was the start of, OK, maybe this is something that's more common or more manageable than I thought."

Earlier this year, Schuster returned home from the program to Old Saybrook, Conn. When he learned that another boy in his hometown was also struggling with an eating disorder, Schuster reached out to him; he called Jonathan Noyes.

The two now meet regularly. Over video games they talk about their struggles with eating disorders. Schuster has become a friend and a mentor to Noyes, now 13.

Jonathan says that friendship has made him much more confident that he will recover. "It's been difficult, but I'll make it through. I know I will."