Accessibility links
Delaying Aging May Have A Bigger Payoff Than Fighting Disease : Shots - Health News There's the war on cancer and the war on heart disease. But investing in delaying the aging process may have a better payoff, economists say. Adding two years of healthy living to lifespans would result in $7 trillion in benefits over 50 years, an analysis says. But Medicare and Social Security would cost more, too. 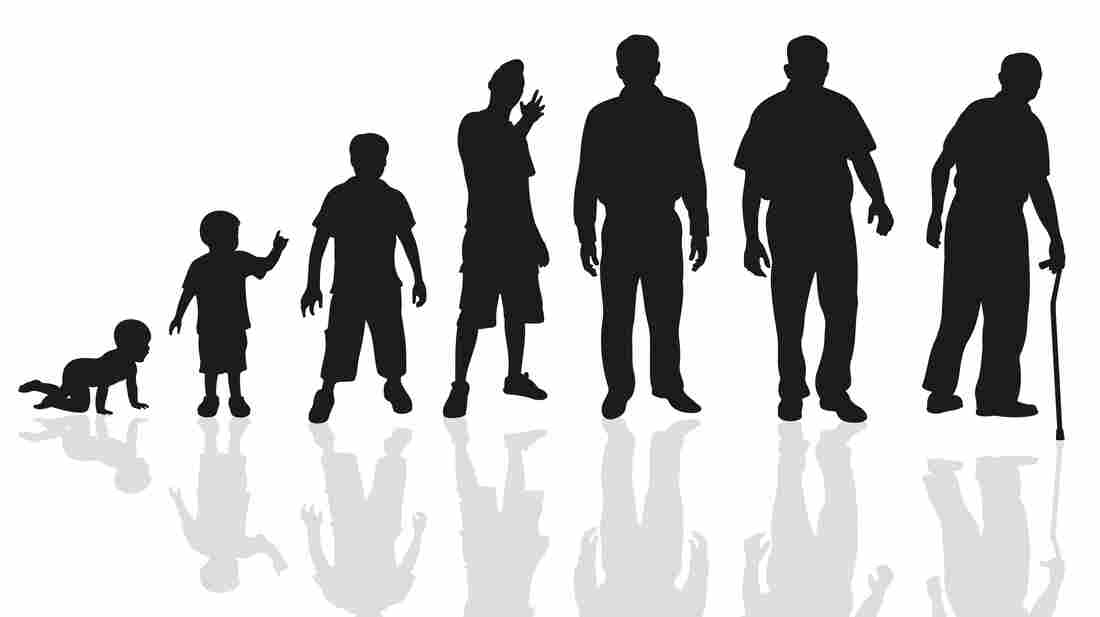 Gaining a few more years of healthy life would be great for individuals, but expensive for Medicare, researchers say. iStockphoto.com hide caption

Curing cancer and eliminating heart disease has been the holy grail of medical research. But there could be even greater benefits if aging itself could be delayed, a study finds.

This is not quite as farfetched as it sounds. While the anti-aging "cures" being marketed these days are largely snake oil, in the laboratory scientists have managed to extend the lives of laboratory animals. And they have a better understanding of the mechanisms of biological aging.

That's good news if you're a lab rat, but at present there are no treatments that delay aging in people. The study published today in Health Affairs offers statistical evidence that delaying aging in people would extend life expectancy even more than would a decline in cancer or heart disease.

"In some ways we've become the victims of our own success," says Dana Goldman, director of the Schaeffer Center for Health Policy and Economics at the University of Southern California and one of the authors of the study. "We've made a lot of progress delaying heart disease... and we've made progress in delaying cancer too. What that means is [further] progress in those areas is in some ways harder to get."

If the process of aging could be delayed, all of the diseases associated with aging, whether cancer or stroke or Alzheimer's, would occur later in life than they do now. The idea is that people would not only live longer, they'd be healthier for longer.

Even so, successful treatments to delay aging might only add two years of life, according to the Health Affairs study. But the projected gains in life expectancy from further reducing the incidence of cancer or heart disease were only about half of that.

Even getting those extra two years of healthy life would have benefits, the researchers say. Goldman estimates the economic benefit to society would be about $7 trillion over 50 years. That's because people would get chronic diseases later in life, fewer older people would be disabled and they would continue to contribute to society.

"What economists are very good at doing is translating health into dollars," says Goldman. "The health gains [of delaying aging] are so overwhelming that they make this worth pursuing."

Subtracting Calories May Not Add Years To Life

There would also be social costs, however. People would be on Social Security longer. And even though these healthier older Americans might cost Medicare less in a given year, they'd be on Medicare longer. The study's authors suggest that changes in those entitlement programs, such as increasing the eligibility age, would be necessary.

This study isn't saying don't be concerned about heart health, says Donna Arnett, a professor of epidemiology at the University of Alabama-Birmingham and past president of the American Heart Association. Rather, it's saying that looking broadly at measures that improve health has benefits beyond just reducing the risk of cardiovascular disease and cancer.

"We really have to think about healthy aging from the time we're children and adolescents," Arnett told Shots. She was not involved in the study.

One final conundrum of finding treatments to delay aging is who would get them. Insurance companies and Medicare tend to pay for treating diseases, not preventing them. The Affordable Care Act mandates payment for some preventive services, but they are limited.

"You might end up with a model where the wealthy might be living much longer than people who don't have access to these therapies," says Goldman. "And so the tension on the social fabric is quite tight."

Those concerns are a long way off. But there is increasing interest in the field. If the federal government opens for business soon, later this month the National Institutes for Health is hosting a two-day meeting on delayed aging with researchers from around the country.

And Google recently made headlines when it announced it would invest in Calico, a company headed by Genentech board member Arthur Levinson that will focus on research into aging and the diseases that go with it.