Accessibility links
Even Mild Strokes Take A Toll On Quality Of Life : Shots - Health News Doctors know who's had a stroke, but they often know a lot less about those people's quality of life afterward. A study of the long-term effects finds that even people with very mild strokes report declines in their quality of life. Anxiety about another stroke and the need for ongoing medical care are two factors.

Even Mild Strokes Take A Toll On Quality Of Life

Even Mild Strokes Take A Toll On Quality Of Life 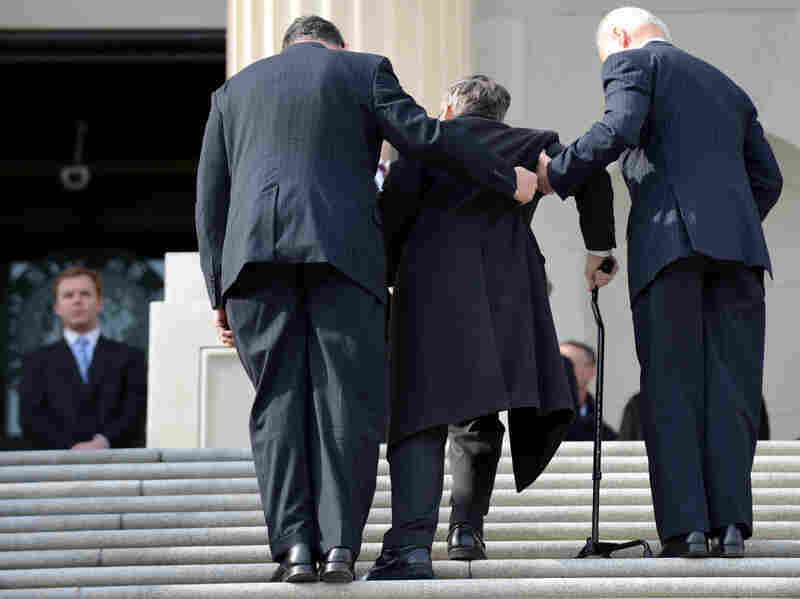 Having even a small stroke can be a scare. Some people recover well, while others struggle to talk, move or live as they did before.

Quality of life in the years after a stroke is something that's gotten surprisingly little attention, even though so-called quality-adjusted life years are a common measure for the cost-effectiveness of medical treatments.

Not surprisingly, people who were disabled by major strokes reported the worst quality of life, a long-term study of stroke patients in England finds.

But even people who had tiny strokes called TIAs, which leave little or no damage in the brain, reported lower quality of life years later. The issues included anxiety over the risk of future strokes, and the hassle of taking anticoagulant drugs like warfarin, which require frequent blood tests and careful attention to diet and other drugs.

The type of stroke people had mattered, too. People who had ischemic strokes, which are caused by blood clots, did better than people with hemorrhagic strokes, caused by bleeding in the brain.

The researchers followed 748 people who had strokes and 440 who had TIAs for five years afterwards, regularly interviewing them about their physical health and quality of life. Because strokes become more common as people age, the researchers adjusted the data to account for aging-related problems seen in similar people who didn't have strokes.

In measuring quality of life, the researchers counted both real years lost to an early death, and the quality of years lived. In the five years after a stroke, people lost almost two years of life due to the risk of earlier death, and another year due to reduced quality of life — a combined loss of 2.79 quality-adjusted life years, or QALYs.

That measure ranged from 4.3 quality-adjusted life years lost in severe strokes to 2.06 years lost with a minor stroke. People with TIAs had 1.68 fewer QALYs.

The main medical treatment for stroke is clot-busting drugs. They must be used immediately after a stroke to benefit, and work only with ischemic strokes. Hemorrhagic strokes are treated with surgery.

After a stroke, two-thirds of people typically get rehabilitation therapy in an effort to regain function and relearn skills.

But clearly none of those treatments is providing a return to the quality of life that people had before the stroke or TIA.

Because stroke takes such a heavy toll on quality of life, people should be diligent about stroke prevention, says Ramon Luengo-Fernandez, a senior researcher at the Health Economics Research Center at the University of Oxford, and lead author of the study. It was published online in Neurology.

"If you want to prevent this, try eating a bit more healthy," Luengo-Fernandez told Shots. "If you're a smoker, quit. Do a bit more exercise. Do all these things to try to prevent having a stroke in the first place."