Accessibility links
Want To Feel 5 Years Older? Just Take A Memory Test : Shots - Health News How old you feel can affect your physical and mental health. Older people who took a memory test said they felt older after they took the test than they did before. But researchers say this age shift effect can be positive when older people are tested on something they're great at, like word puzzles. 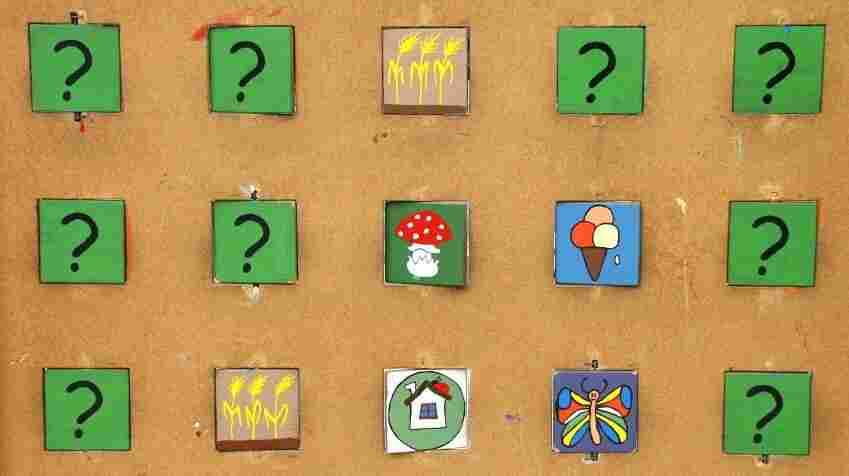 Playing this game won't make you feel older, unless you're already getting up there in age. iStockphoto.com hide caption

Researchers in a memory lab at Texas A&M University noticed that all the older people coming in as volunteers were really worried about how they'd do.

So the scientists decided to measure how taking a memory test affects a person's subjective sense of age.

Before the test, the 22 participants felt pretty darned good. Even though their average age was 75, they said they felt about 58.

Then they were given a list of 30 nouns, told to study them for two minutes, and then asked to recall as many of them as they could in three minutes.

The participants did fine on the memory test. But when they were asked afterward how old they felt, they said they felt about 63; they had aged five years in five minutes.

"It really demonstrates the power of context," Lisa Geraci, an associate professor of psychology at Texas A&M and a co-author of the study, tells Shots. Putting the test subjects in a situation that reminded them of their greatest fear of aging, Geraci says, affected their self-perception.

The results were published online in the journal Psychological Science.

OK, but this is a really small group of people. Maybe everybody feels old and haggard after participating in a psychology experiment.

To find out, Geraci and her crew ran a similar study with two groups: 25 older adults, and 25 adults in their 20s. Both groups did well on an online memory test. But the older adults again said they felt about five years older after the test, while the younger participants' subjective age didn't shift.

Other studies have shown that subjective age can affect health and performance in real life. When older adults were told they did better than others on a strength test, they reported not just that they felt younger, but they actually were stronger when they repeated the strength tests.

In another experiment, when older people were given blurred text to read without explaining that it was printed that way, they felt older.

So the answer to feeling good in old age is never take a memory test?

Geraci says the answer may be to take a test you can ace.

"Older people do much better on memory tests when they expect to excel," says Geraci, who studies learning and memory in both older adults and college students. "It shows that you can create experiences to improve performance and even well being."

And priming the pump for success should work in real life too, she says.

"Older adults are really good at a lot of things, but we don't focus on that," she says. "We focus on what they can't do."

Making a conscious effort to play to the strengths of age, she says, could affect both a person's subjective sense of age, and his abilities.