Accessibility links
Breast Milk Bought Online Has High Levels Of Bacteria : Shots - Health News Sharing breast milk has become increasingly popular thanks to milk sharing websites and Facebook groups. A study looked at 101 samples of breast milk sold online and found elevated bacteria counts. But it's not clear how that could affect babies' health, or if any babies have gotten sick from milk obtained online. 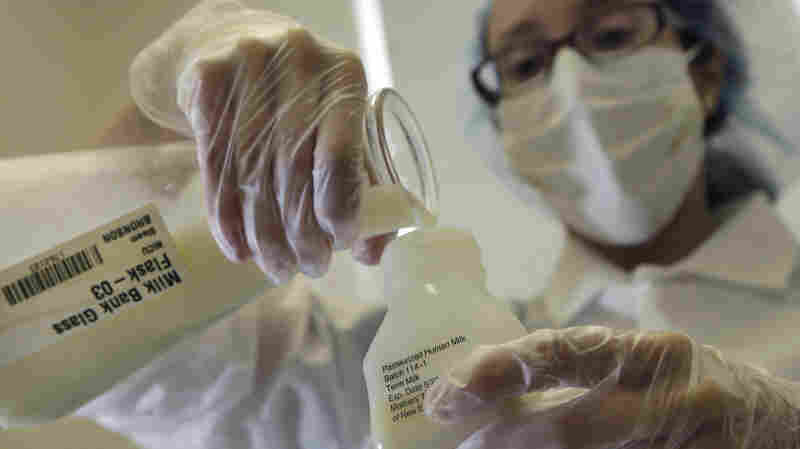 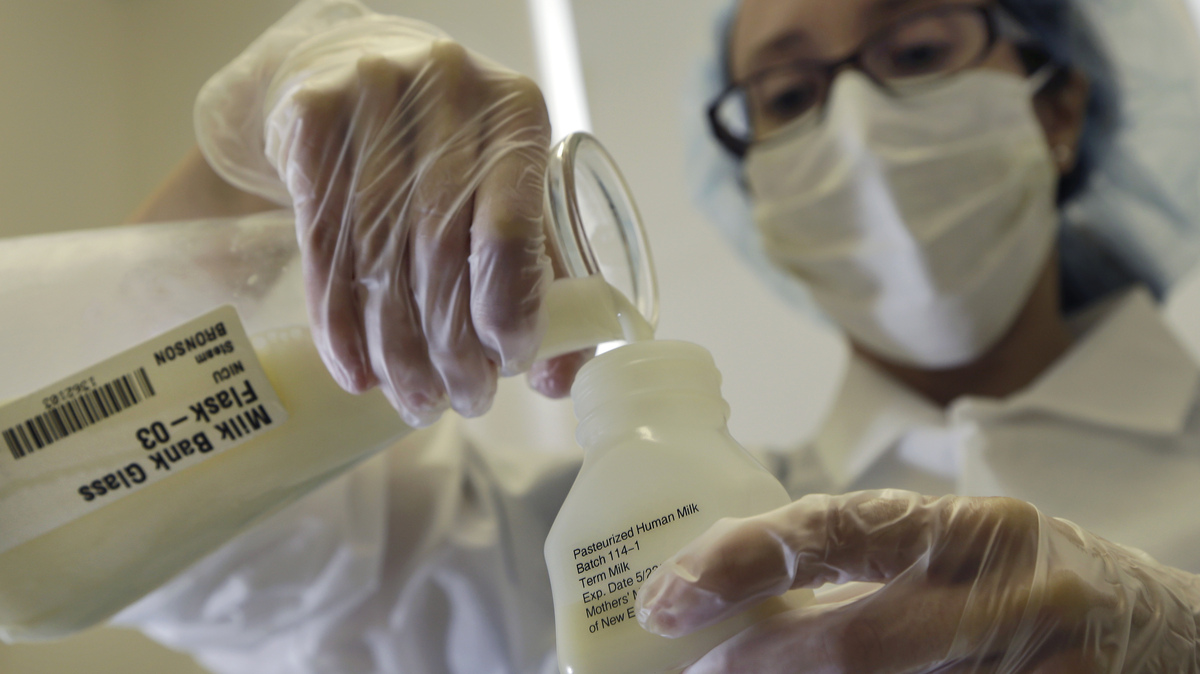 Online breast milk marketplaces can be a godsend for a mother who might not be producing enough for her baby but still wants her child to get the the health benefits of breast milk. But milk sold on one popular website had more bacterial contamination than that from a milk bank, a study finds.

As internet-based milk sharing has become more popular, health officials have become increasingly worried about its effect on babies' health. The Food and Drug Administration advises against feeding a baby breast milk either donated or bought from another person.

But there has been very little evidence to back up that caution. "We wanted to take a close look to have some real concrete data to know what the risks might be," Sarah Keim, a researcher at Nationwide Children's Hospital in Columbus, Ohio, and lead author of the study, told Shots.

Three-quarters of the website-purchased breast milk contained Gram-negative bacteria, which can cause infections. That's compared to 35 percent of the milk bank samples. The purchased milk also contained more coliform bacteria, which are typically found in feces.

There were also higher levels of Staphylococcus and Streptococcus, bacteria found on the skin that are usually harmless.

Lack of hand washing and other poor hygiene while pumping milk probably contributed to the contamination, the researchers speculate. They note that a study earlier this year found that almost one-third of women say they never sterilize their breast pump.

To be clear though, all breast milk has some bacteria, and not all bacteria are bad. In fact, Keim says, scientists are learning a lot about "how important they are for babies' immune systems and their digestive systems to develop properly."

This study didn't look at whether the bacterial contamination was enough to outweigh the health benefits of breast feeding. The study was published in the journal Pediatrics.

Milk-sharing websites also suggest contacting the seller to get an idea of how safe the milk is. In the study, the researchers didn't do that in order to maintain their anonymity. Keim says she doesn't know if the results would have been different if they had worked with people who wanted to communicate with recipients. But they found no relationship between the information sellers had provided about their health and bacterial levels in the milk.

Even with communication safety isn't assured, according to Fran Feehan, Director of Ohio Health Mothers Milk Bank, a part of the Human Milk Banking Association of North America.

"When we're talking about individuals working out of their homes, steps can get missed," Feehan told Shots. "Even with the best intentions, someone might shorten the amount of time that they're putting the milk on the stove to pasteurize, maybe it's not getting to the critical temperature that it needs to be."

It takes the trained staff of a milk bank to process breast milk safely, Feehan says. But she acknowledges that most of the supply from milk banks goes to premature infants in hospitals. And even if a mother was able to buy from a milk bank, that extra care costs extra bucks. Breast milk from a milk bank costs $4.25 an ounce, while milk can be purchased on a website for as little as as $1.50.

Currently, the Food and Drug Administration doesn't regulate sharing or selling breast milk. More research on safety could help figure out if that's needed, Keim says. But "right now our goal is to get information out there so women can make good choices for their babies."