Accessibility links
How Long Do They Really Have To Fix That Obamacare Website? : Shots - Health News President Obama says he's pretty frustrated with the messed-up computer system for insurance enrollment under the Affordable Care Act. If he gets it fixed by mid-November all will be well, analysts say. But further delay could mean real trouble.

How Long Do They Really Have To Fix That Obamacare Website?

How Long Do They Really Have To Fix That Obamacare Website? 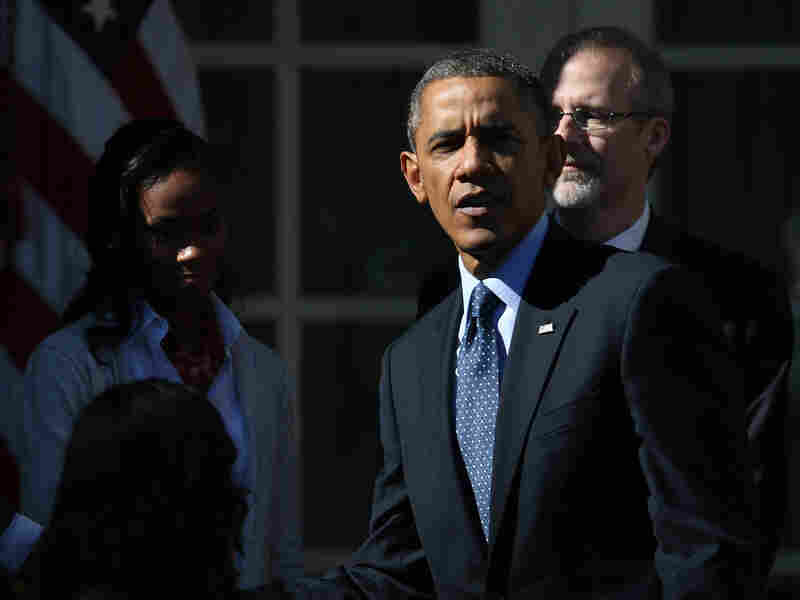 They've got a few weeks.

But if federal officials can't get the new online insurance marketplace running smoothly by mid-November, the problems plaguing the three-week-old website could become a far bigger threat to the success of the health law, hampering enrollment and fueling opponents' calls to delay implementation, analysts say.

"The system needs to be operating reasonably efficiently — I'm not saying flawlessly — before the middle of November," says Sandy Praeger, the insurance commissioner of Kansas, one of the 36 states relying on the federal marketplace because legislators there opted not to create their own state-based market.

On Monday, President Obama addressed the problems directly for the first time. "No one is more frustrated than me," he said, promising that technology experts from around the country were working with the administration "to get this working better, faster, sooner."

Still, he did not offer details about the scope of the problems, a timeline for the repairs, or the number of people who have successfully enrolled out of the more than 19 million visitors to the federal site.

The stakes are huge — and not just because of public opinion, but to ensure broad insurance pools, which are key to the law's long-term success. The marketplaces were supposed to be one-stop shops where individual consumers could compare policies, find out if they were eligible for subsidies, and enroll in coverage. But without robust participation — and the government is counting on 7 million enrollees the first year — the program could fall short of attracting the necessary balance between healthy and unhealthy consumers.

"If we're not seeing a substantial improvement in the next two or three weeks, we'll be in a bad place," said Dan Schuyler, director of exchange technology at Leavitt Partners, a consulting firm. "We're already behind the curve in getting to that 7 million mark."

The risk in frustrating consumers is that those who are healthy or on the fence about enrolling may give up, leaving only the unhealthy motivated enough to persevere. That could drive up premiums in future years, potentially leading to what experts call "a death spiral," where only the sickest people sign on.

"The people who will go back will be precisely the ones who need health insurance because they've got ongoing problems," said Joseph Antos, an economist at the American Enterprise Institute.

Experts outside the government are trying to assess the scope of the problem with little information coming from the Obama administration. What is known is that technical issues have made it difficult if not impossible for consumers to create accounts. They also have resulted in insurers getting misinformation about those who do manage to enroll. The troubles have been most severe with the federal website, although a few of the 14 states operating state exchanges are also experiencing serious problems.

If the administration solves the problems before the end of October, "this would just be a blip on the radar," said Dan Mendelson, CEO of the Washington, D.C., consulting firm Avalere Health.

If problems cannot be resolved that quickly, Mendelson, says, "there are other options for getting people enrolled." Medicare beneficiaries signed up for coverage for decades without using computers, he notes.

The president also mentioned those options Monday, saying consumers could sign up by telephone, in person (with trained assistants) or by downloading an application and mailing it in.

But those options are not ideal, mainly because they would require that millions of applications be manually checked across several federal agencies.

"That would take significantly longer than if it was automated," said Schuyler. "While it's a fallback, it's not going to resolve the issue that if HealthCare.gov doesn't improve in two or three weeks, we're going to have this backlog of people who are trying to enroll."

Consumers have until Dec. 15 to enroll for coverage that starts Jan. 1, 2014, although the open enrollment period goes through March 31.

Some analysts suggest that if problems persist into late November or December, the Obama administration will need to consider extending the open enrollment period.

At least one expert, though, said November is not the most critical period for the website to be functioning smoothly. Brian Haile, senior vice president of health care policy at Jackson Hewitt tax service, notes that the health law is primarily aimed at people with low-to-moderate income. And their household cash flow is often drained by holiday gift spending, he says, and replenished by February tax refunds.

"If you're trying to sell something you need to do it at a period during which you don't have competing consumption," said Haile. "After Nov. 1 ... foremost on their minds is not, 'Am I going to buy insurance?' but 'What am I going to put under the tree?' "

This story was produced as part of a collaboration with NPR and Kaiser Health News. KHN reporters Jay Hancock, Anna Gorman and Philip Galewitz contributed to this report.