Accessibility links
Doctors Enlist Therapists To Deliver Better, Cheaper Care : Shots - Health News Many people don't take their doctor's advice to see a psychotherapist, even when they really need to. So Oregon is experimenting with placing clinical psychologists in medical practices. The goal is to improve patient care and save money. But it means that doctors and therapists will have to change how they work. 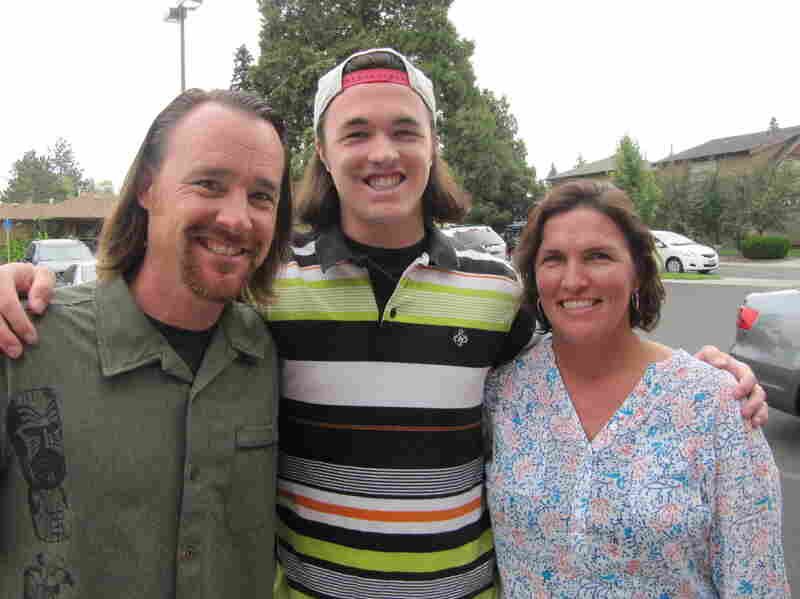 Tyler Engel with his parents, Dave and Jennifer. His doctor and therapist worked with the family to help Tyler recover from a concussion. Kristian Foden-Vencil/OPB hide caption 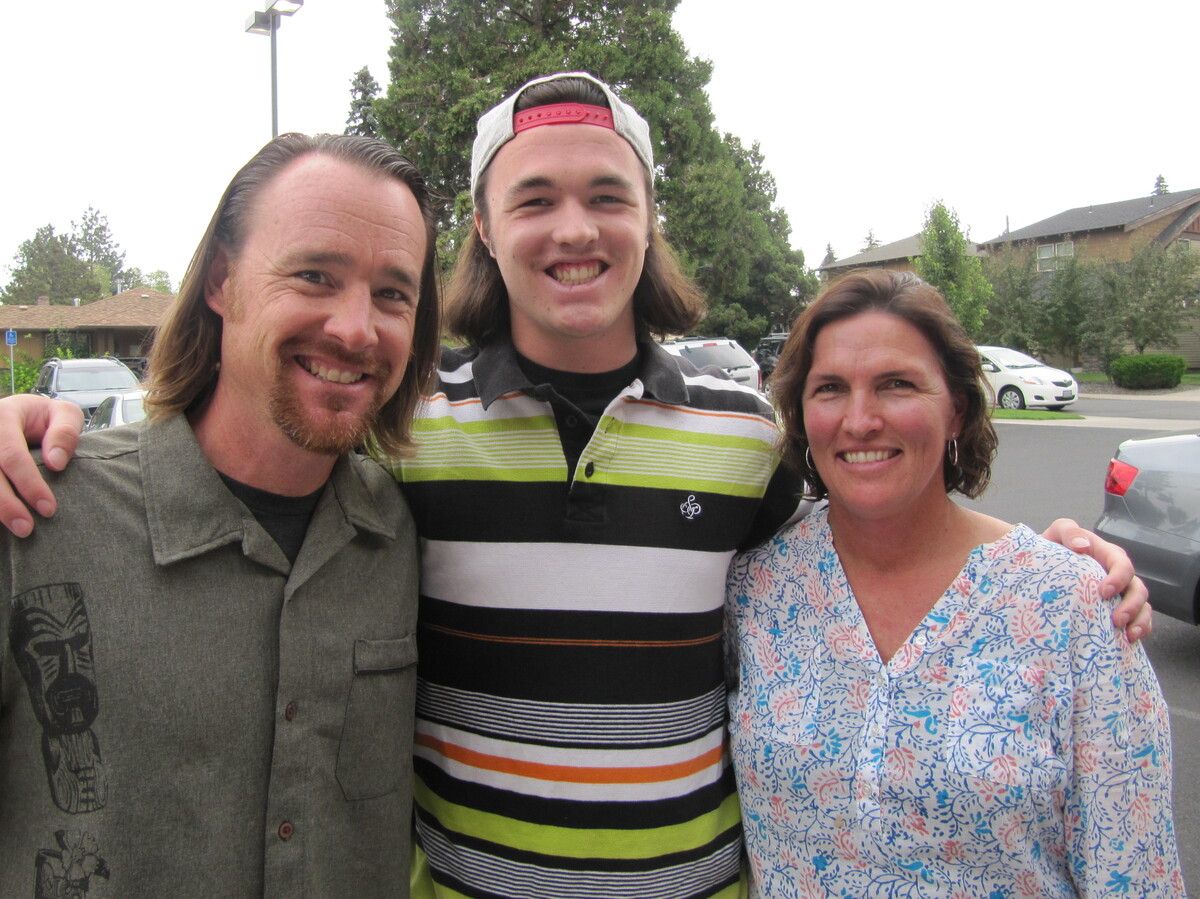 Tyler Engel with his parents, Dave and Jennifer. His doctor and therapist worked with the family to help Tyler recover from a concussion.

The state of Oregon is trying some experiments to bring different kinds of medical professionals under the same roof. Patients can see different kinds of doctors in one visit, and the hope is it will provide better patient care, eventually at less cost to the state.

This can make sense in a primary-care setting, where doctors often have to deal with stomachaches and migraines that stem from mental rather than physical problems.

Before, primary-care doctors typically would refer those patients to psychologists. But very few patients actually go see psychologists, says Robin Henderson, a psychologist with the St. Charles Health System in Bend, Ore. They don't want the stigma, Henderson says, so they procrastinate and get sicker.

To tackle the problem, St. Charles has been running a pilot project that puts psychologists in doctors' offices. "You're sitting on the table, in comes your psychologist to sit next to you. It changes the stigma dynamic," Henderson says.

Take the case of 17-year-old Tyson Engel. Back in the spring of 2011, he was snowboarding on Mount Bachelor when he fell so hard he cracked his helmet. His mom, Jennifer Engel, says she soon noticed dramatic changes.

"Tyson talked about headaches for a while. He was always on the run, not eating very much, not sleeping very much," she says.

Over a period of several months, she took him to the ER five times and tried several doctors around town. But the symptoms weren't improving.

Eventually she ended up at the Mosaic Medical Clinic, where Tyson saw Kristi Nix, a pediatrician, and Sondra Marshall, a clinical psychologist. 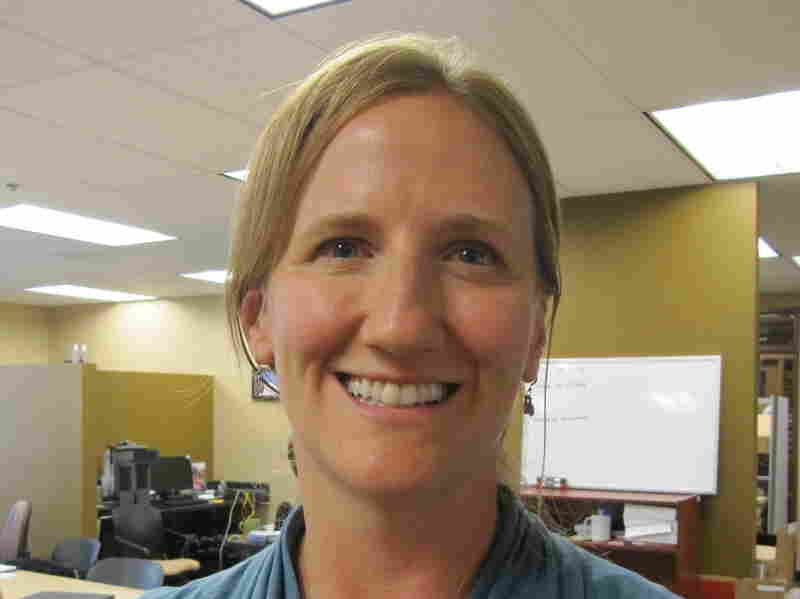 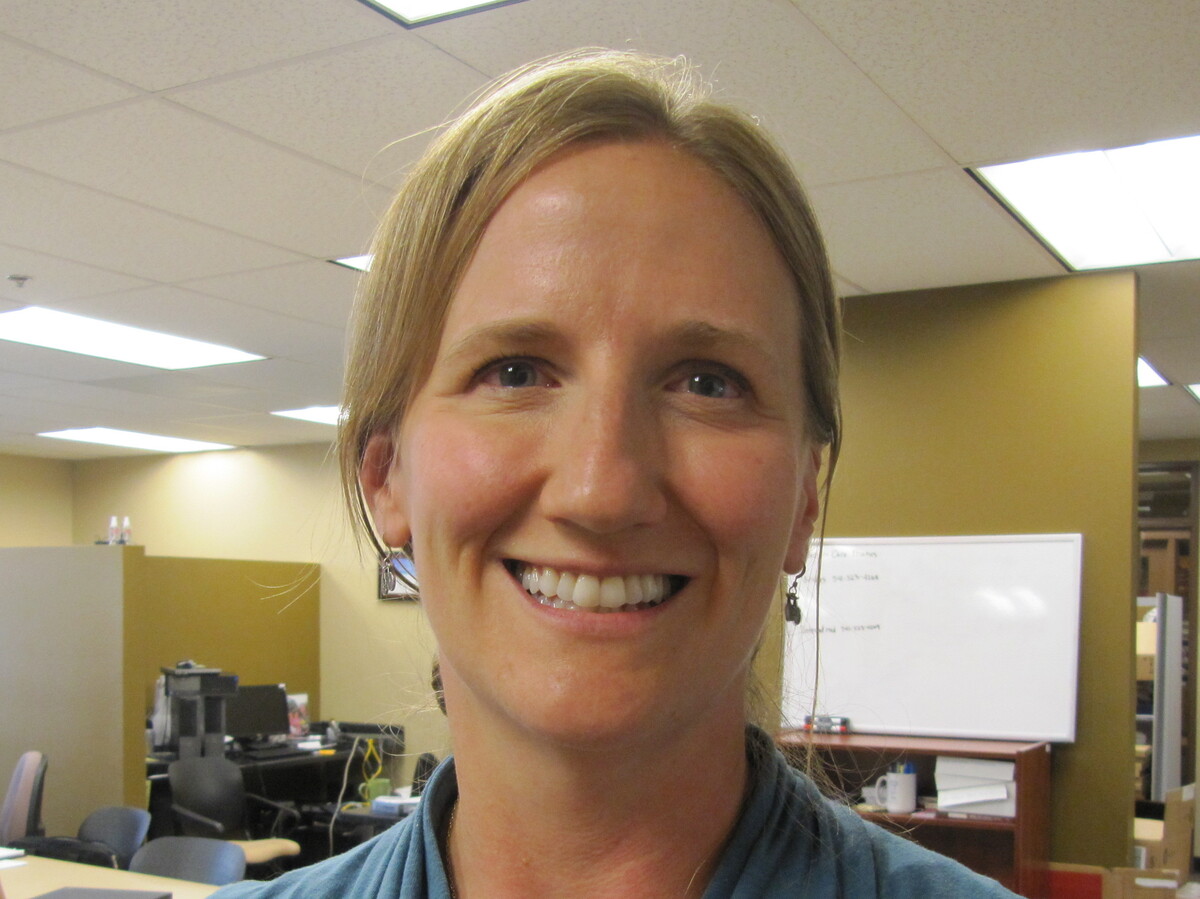 Nix treated Tyson for his physical brain injuries, while Marshall helped him with everyday coping skills to deal with symptoms like sensory overload and impulse control. For instance, Tyson's mom remembers taking him to an appointment one day when he suddenly ran across a busy street to see a shiny new bike.

Marshall says it wasn't just Tyson who needed help — his parents needed it, too.

"Sometimes there would be too much talk," says Marshall. "They would talk and talk and talk, and he would get frustrated, and too fast. And it was 'OK, you guys have to stop talking too much.' "

Tyson says Marshall gave him coping strategies that were explained clearly enough so he could use them.

So now if he sees a bike, he says, "I think to myself: 'Is now the right time, is now the wrong time? How badly do I want to see the bike? Is it that important, is it not important?' And just by asking myself questions, I'd get better at the certain situations I was into."

Henderson says Tyson's issues are complex. More common examples at Mosaic involve children getting upset stomachs or headaches because they're being bullied or because their parents are getting divorced.

For them, a more typical treatment would be brief interventional strategies designed to help parents and children deal with things that Henderson says "aren't necessarily treatable with an antibiotic."

For her part, Nix says having a psychologist in the clinic has lifted a burden off her shoulders.

"It's not satisfying as a physician to say, 'I don't know what's wrong with you. Get out of my office.' Right. That's not OK, and it's not good health care," she says.

But asking a psychologist to drop in to talk to a patient for 20 minutes, instead of setting up a schedule of weekly visits, is a big change in how psychologists are used to working.

Henderson says St. Charles has had problems hiring psychologists to place at local medical practices like Mosaic, where they would work with Medicaid clients.

"It's not worked for some of them," she says. "Initially we had a couple of folks who just couldn't manage the model. It takes a different type of personality, and we find the folks coming right out of school, fresh, who've been trained in health psychology models. You have to have that type of personality who wants to engage in team-based care."

As far as saving money, Henderson says therapists hired by St. Charles have cared for 400 Medicaid patients over about two years. The annual cost of care dropped by about $860 per patient. "That included a minor increase in their pharmacy costs," she explains. "But even with that increase, the total medical spend was going down."

St. Charles is doing a much longer study to see if the savings are real. But several other health systems around the state, as well as in Colorado and Massachusetts, are also trying this approach.

This piece is part of a collaboration with NPR, Oregon Public Broadcasting and Kaiser Health News.