Accessibility links
How Politics Set The Stage For The Obamacare Website Meltdown : Shots - Health News The easy answer is that computer glitches stalled the launch of the Affordable Care Act health exchanges. But it's not as simple as that. The Obama administration lost valuable time waiting for a Supreme Court decision, a presidential election and state health exchange plans. 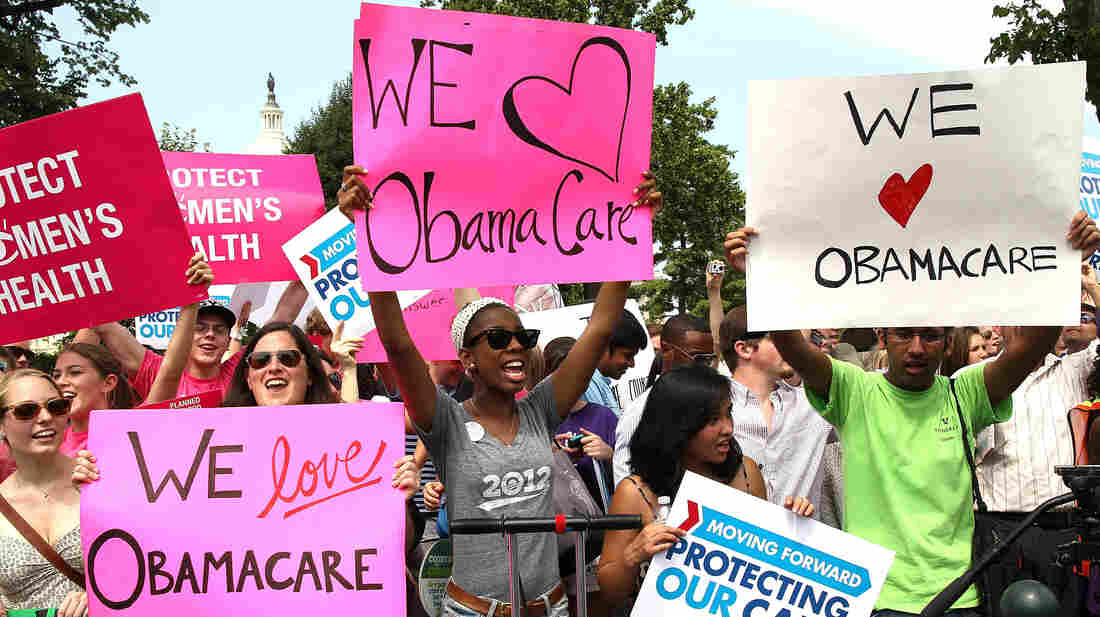 It all seemed so easy then. Back in June, the Supreme Court declared the Affordable Care Act constitutional. Waiting for that decision may have cost the administration precious time. Mark Wilson/Getty Images hide caption 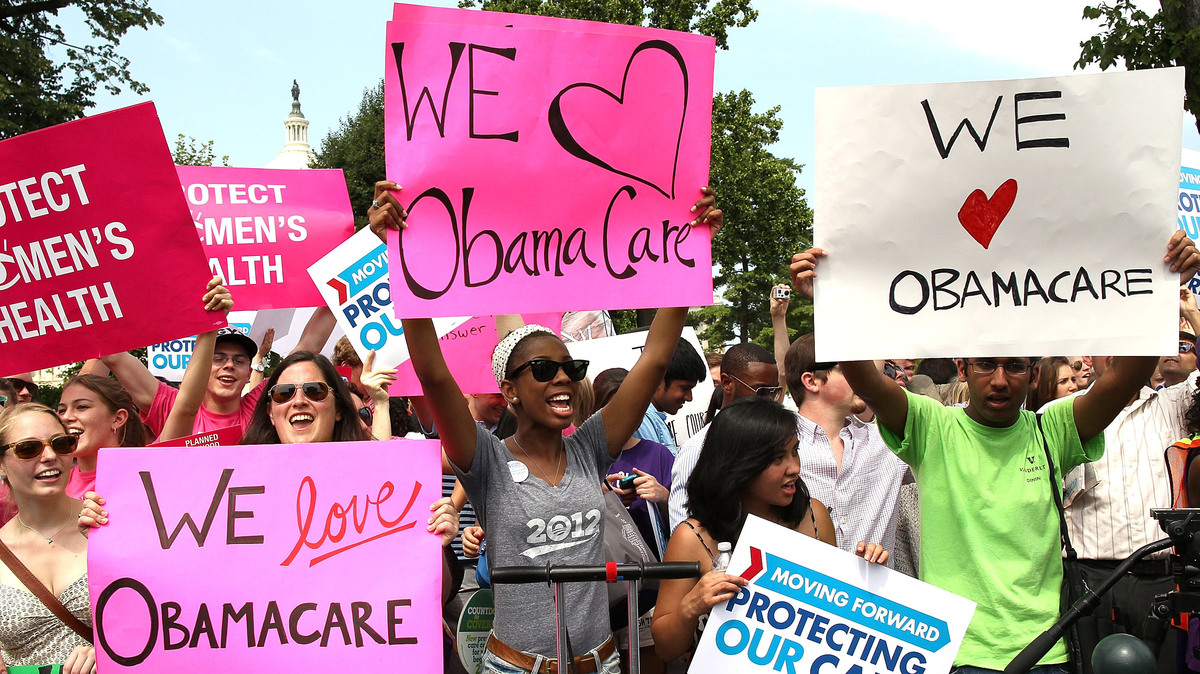 It all seemed so easy then. Back in June, the Supreme Court declared the Affordable Care Act constitutional. Waiting for that decision may have cost the administration precious time.

Since the Affordable Care Act's health care exchanges launched to a long series of error messages Oct. 1, most of the "what went wrong" fingers have been pointing at software developers.

But some say there's more to it than that — that politics has played a role as well.

"It is a mess and there's no sugarcoating it, and people shouldn't sugarcoat that," says Jay Angoff, who formerly ran the health exchange program for the Department of Health and Human Services. "On the other hand, people should remember that those who are in charge of the money HHS needs to implement the federal exchange are dedicated to the destruction of the federal exchange, and the destruction of the Affordable Care Act."

Which led to the first big problem — money. When it became clear that HHS would need more money to build the federal exchange than had been allocated in the original law, Republicans in Congress refused to provide it.

As a result, says Angoff, officials "had to scrape together money from various offices within HHS to build the federal exchange." 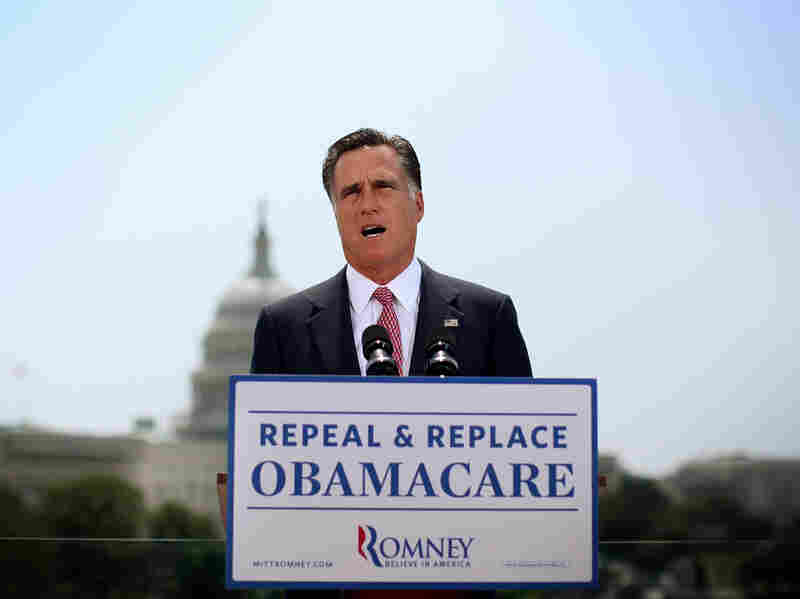 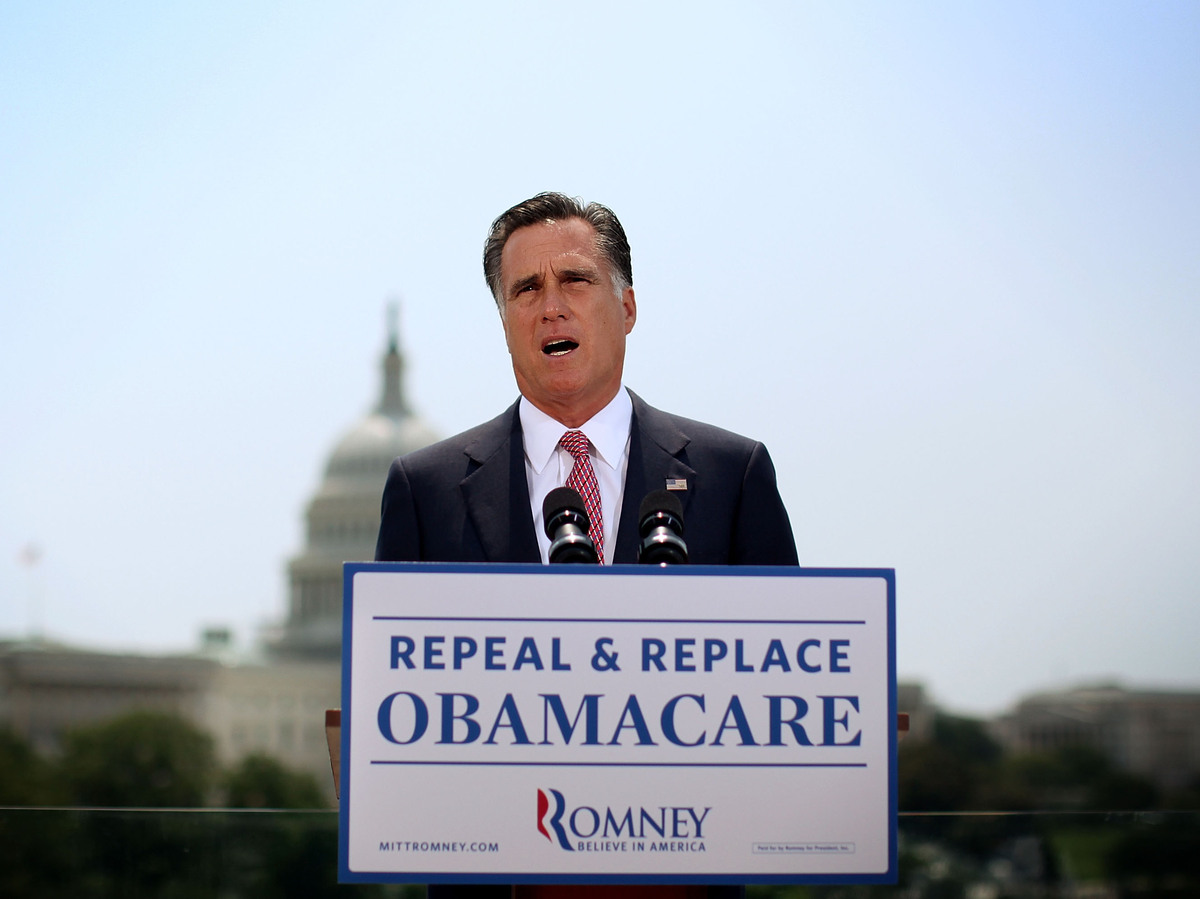 Former Massachusetts Gov. Mitt Romney campaigned to repeal the Affordable Care Act. Did that further delay implementation of the law?

Then there was the timing issue. Technically, department officials have had 3 1/2 years since the law passed. But much of that time was spent in limbo. First there was waiting to see if the Supreme Court would overturn the law in the summer of 2012. (It didn't.) Then there was waiting to see if Mitt Romney and a Republican Senate would be elected that November to repeal it. (They weren't.)

Then it was another month waiting for states to decide if they wanted to build their own health exchanges or let the federal government do it for them.

And in the end, the administration made a major miscalculation. Officials figured that even Republican states would both create their own exchanges and expand their Medicaid programs because both came with so much federal money attached.

"The thought was that ultimately money trumps everything," says Angoff. "And that no matter what the rhetoric was of some of the elected officials against the Affordable Care Act, ultimately they would take the money. And I think what surprised most people was that in this case, money didn't trump everything."

So what now? Even some of the administration's strongest backers think it needs to change course. Ezekiel Emanuel, brother of former Obama chief of staff Rahm Emanuel and himself an architect of the health law, took the administration to task on Monday for not being more forthcoming about the website's problems and how it's fixing them.

"I think they need to have daily briefings, and they need to give us milestones over the next four weeks as to what we should look for improvement," he said Monday on MSNBC. "Reassurance verbally is not worth much at this point, and we need to see weekly what's improved; but we need a daily briefing."

So far, though, that's not happening. And no timetables are being given for any final fix.