Accessibility links
Why Engineers Want To Put B Vitamins In 3-D Printers : Shots - Health News The chemicals used in some 3-D printers can be toxic to humans. So researchers are looking to use naturally occurring vitamin B2 instead. They have already been able to make intricate, microscopic structures with the vitamin-rich material.

Why Engineers Want To Put B Vitamins In 3-D Printers

Why Engineers Want To Put B Vitamins In 3-D Printers 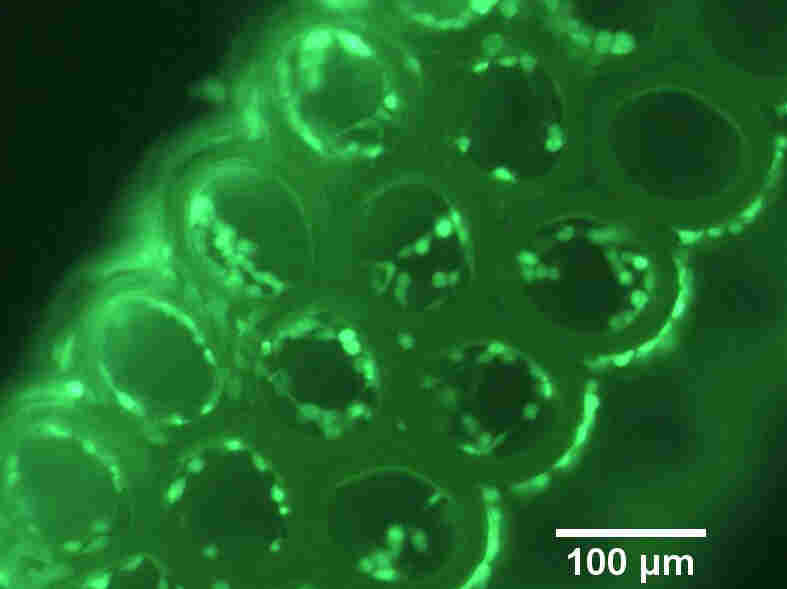 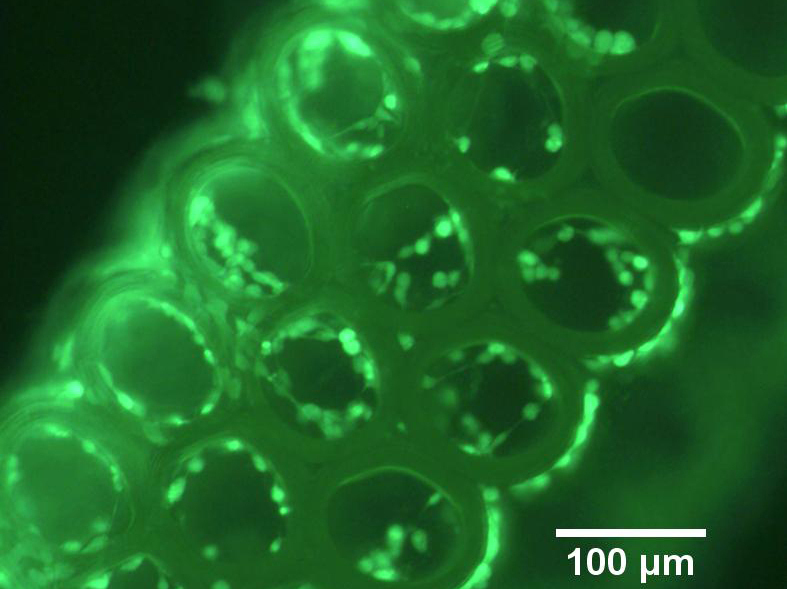 This riboflavin-rich material can be used to print intricate, microscopic structures in three dimensions.

Almost every day it seems there's a new use for 3-D printing.

But the materials used in some 3-D printing processes could be toxic to humans, particularly if the products get inside the body. So researchers have been looking for ways found a way to replace some of the bad stuff with naturally occurring riboflavin, or vitamin B2.

Riboflavin is found in lots of food, including green veggies, nuts and fish. Our cells aren't programmed to reject it, which could make it handy for use in 3-D printed medical implants, microneedles or scaffolding to build custom body parts in the lab.

The researchers focused on a 3-D printing technique called two-photon polymerization, which can produce finely detailed, microscopic structures. The 3-D printer uses lasers to transform a potion of light-sensitive chemicals into a solid structure.

But some of the chemicals in that potion can be bad for us, says biomedical engineer Roger Narayan, one of the researchers behind the new technique. "And if they leach out of the material they can cause problems," he says.

The researchers, from the joint biomedical engineering department at North Carolina State University and the University of North Carolina, Chapel Hill, say that their new material appears to hold up pretty well, though they are looking into whether they can improve its durability.

Narayan tells Shots that while this technology isn't ready for human use, it could be before long. "I don't think anyone 10 or 20 years ago thought that you'd be making hearing aid shells or ... dental devices using 3-D printing," he says.

So far, the researchers have tested the material with cells taken from cows. They published their findings in the journal Regenerative Medicine. Before testing the material in animals or humans, they plan to refine it further.

Narayan says many 3-D printing techniques originated in the electronics industry, where it doesn't matter as much if something is slightly toxic. The challenge is figuring out how to adapt the techniques to the medical field.