Accessibility links
Unlikely Multiple Sclerosis Pill On Track To Become Blockbuster : Shots - Health News A hot-selling drug for multiple sclerosis was derived from an old chemical that is used industrially to make foods sour. The twice-a-day pill called Tecfidera comes at a lofty price, despite its humble origins. 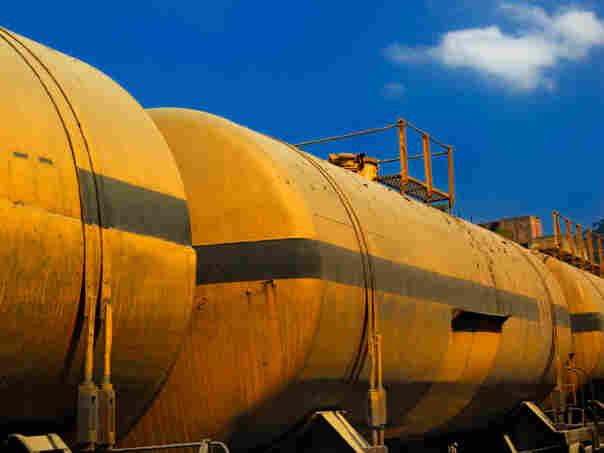 Only a few drugs could really be bought in bulk. iStockphoto.com hide caption 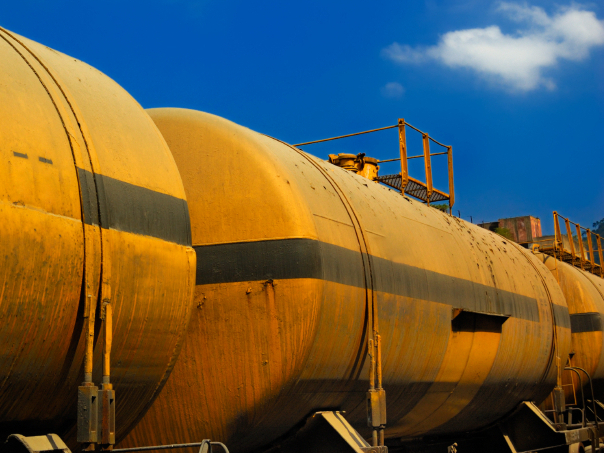 Only a few drugs could really be bought in bulk.

There aren't very many drugs that are also, essentially, industrial chemicals available in railroad-car volumes, pharmaceutical chemist Derek Lowe noted on his blog, In The Pipeline, this spring.

But there are a few. One is lithium carbonate, a staple of glassmaking and ceramic glazes and also the active ingredient in drugs for depression. Another is nitrous oxide, or laughing gas, for anesthesia.

Then there's Tecfidera, or dimethyl fumarate, which was approved by the Food and Drug Administration in March to treat multiple sclerosis. The twice-a-day pill from Biogen Idec was derived from an old, basic chemical: fumaric acid, used industrially to make foods taste sour and to preserve them.

In clinical trials the drug reduced MS relapses by almost half. In a study of more than 800 people, about 27 percent of those taking the drug had MS relapses compared with 46 percent for those who got a placebo.

Back in the '50s, a German doctor proposed using fumaric acid derivatives to treat psoriasis. He tried one successfully on himself. By the '90s Fumapharm AG, a Swiss company, was selling a psoriasis drug along those lines in Germany, and it started working on one for multiple sclerosis that became Tecfidera. Biogen Idec bought the company in 2006.

Now that Tecfidera has been on the market a few months, it's looking like a blockbuster. Sales of Tecfidera hit $286 million in the third quarter ending Sept. 30, Biogen Idec said Monday. The company said prescription data show the drug is now the No. 1 oral treatment for MS in the United States.

Novartis Pill For Multiple Sclerosis Wins Approval, But At What Cost?

"Tecfidera crushed it," Mark Schoenebaum, an analyst with ISI Group, wrote to investors in a note cited by Bloomberg. "This is really, truly, incredible."

Tecfidera's price is lofty, even if its origins are humble. The wholesale price for a year's supply of the drug is about $55,000. That's in line with other MS drugs, Schoenebaum told Shots in an email.

Why is it such a hit? Schoenebaum says it's the "first safe oral, and it's more effective than Copaxone as shown in a head-to-head trial." He says it's "safe, convenient, and effective ... why not try it?"

Every drug has risks and side effects, though. Common problems with Tecfidera include flushing, stomach pain, diarrhea and nausea. The drug can also cause a drop in white blood cells, though studies didn't show an increase in infections associated with the decline.

Oh, and there's one other thing, dimethyl fumarate has been used to prevent mold from growing on furniture during shipping from China. The chemical was implicated in cases of skin rashes in Europe, where dimethyl fumarate is now banned from consumer products.