Accessibility links
How A Wandering Brain Can Help People Cope With Pain : Shots - Health News Prescription painkillers don't work for many people, and some people are helped by treatments like meditation that don't rely on drugs. The varied responses may stem from fundamental differences in how people's brains react to pain. Some minds can wander away from pain, while others just can't turn away.

How A Wandering Brain Can Help People Cope With Pain

How A Wandering Brain Can Help People Cope With Pain 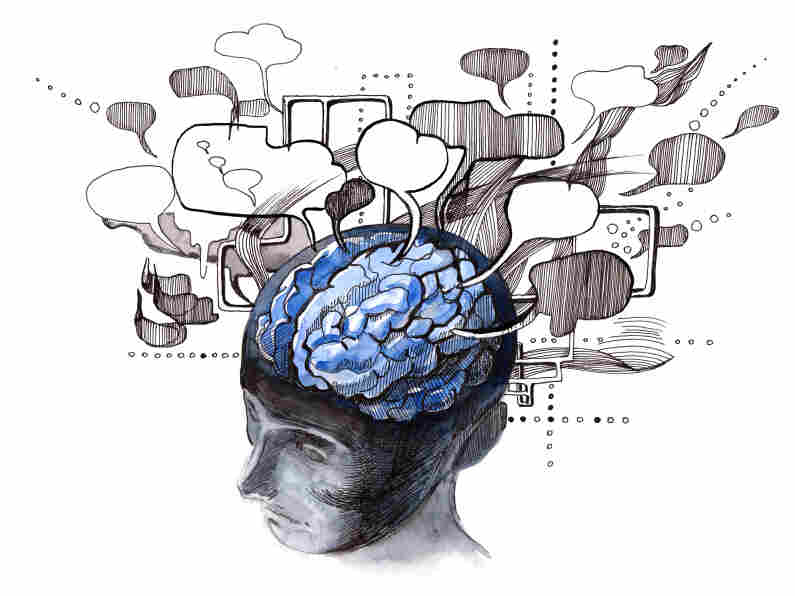 A brain that can let other thoughts bubble up despite being in pain might help its owner benefit from meditation or other cognitive therapies. iStockphoto.com hide caption

When some people are in pain, the experience is so intense that they can't think of anything else. But others can turn their minds elsewhere and feel better.

Why? The difference may be due in part to brain wiring, researchers say, and knowing more about how it works may someday make it easier to match people with effective pain treatments.

Prescription painkillers like Vicodin don't work for everyone, and alternative treatments like meditation or cognitive behavioral therapy work for some but not all. Right now, doctors can't tell in advance which pain treatment will work best for a patient.

The problem intrigued Karen Davis, a neuroscientist at the University of Toronto's Centre for the Study of Pain, who was in misery from a pinched nerve in her neck. But grant application deadlines loomed, so she just kept working.

"I tried a lot of painkillers, and it didn't do much," Davis tells Shots. But she noticed that when she was focused on her work, the pain didn't bother her as much. "I don't know if the pain went away, but I certainly didn't notice it."

How Much Does It Hurt? Let's Scan Your Brain

So Aaron Kucyi, a graduate student in Davis' lab, recreated the painful experience with small electric shocks to volunteers' wrists. After each zap the researchers asked how the test subjects were feeling and what they were thinking about. Some people's thoughts wandered from the pain, while others couldn't disengage.

Then they gave people cognitive tests while zapping them. The mind-wanderers did well. The people focused on the pain floundered.

This isn't standard-issue daydreaming, Davis says. "Mind-wandering away from pain is different than daydreaming in general."

Diving deeper, the researchers put 32 of the study participants in an MRI scanner to see what was going on. They found that people who were good at letting their minds wander away from pain had more nerve connections to a brain region that produces painkilling substances. The brain made that connection using a system called the default-mode network, which people typically use for thinking.

And finally, they used newer MRI technology to see how flexible people could be in responding to pain. The mind-wanderers were more flexible.

Overall, most people in the study fell somewhere in the middle, doing some mind-wandering and some focusing on pain. Davis says that suggests that for most people there is a range of pain management techniques that could work.

"People who mind-wander, they might be more able to vary their response to pain on their own," Davis speculates. They also might be more adept at learning pain-control methods like yoga, meditation or cognitive behavioral therapy. And non-wanderers may need different forms of help.

This is preliminary science. For now, it's probably not useful in personalizing pain treatment outside the research lab. But it marks a potential path away from a one-size-fits-all approach to pain management that often fails to connect people with treatments that help.