Accessibility links
Bariatric Surgery Can Keep Pounds Off For Years : Shots - Health News Three years after bariatic surgery, most people experienced health improvements. Yet some people benefited much more than others. Figuring out those differences would help doctors and patients understand who should have surgery and who should avoid it. 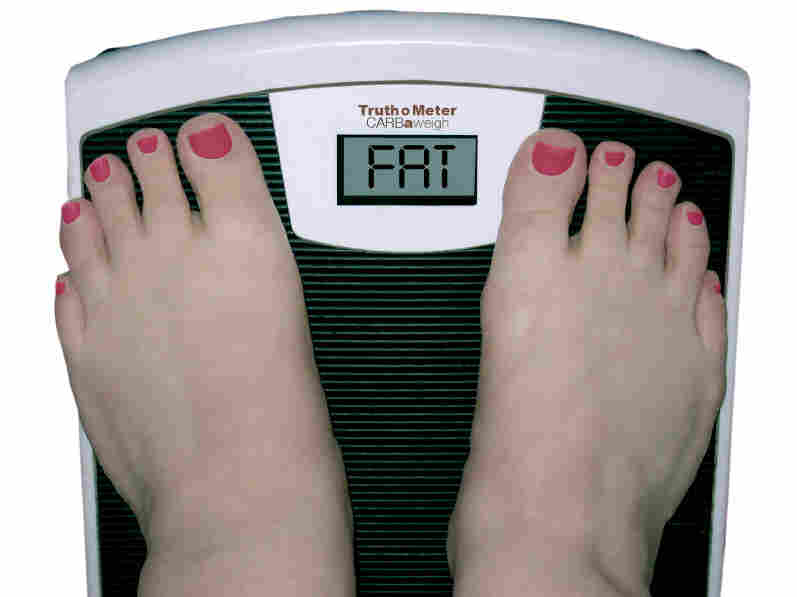 Just knowing that someone is obese doesn't mean they would benefit from bariatric surgery, doctors say. iStockphoto.com hide caption

Weight-loss surgery is becoming increasingly popular because it's the only treatment that pretty much guarantees weight loss.

There is very little evidence on how it will affect people's health over the long haul. But people who had surgery maintained substantial weight loss three years later, according to a study that's trying to figure out if it works.

But the amount of weight lost varied according to the type of surgery, and so did the effect on diabetes, blood pressure and cholesterol. Researchers say that may have to do with both the type of surgery and variations among the patients. The variation also reflects the fact that there are lots of reasons why people become seriously obese, and doctors aren't sure how treatment should be tailored to match those differences.

Very few studies have tracked people with weight-loss surgery for more than a year. The LABS study, funded by the National Institutes of Health, was launched in 2005 to overcome that problem.

The 1,738 people who had Rouen-en-Y gastric bypass surgery, which creates a new connection between the top of the stomach and the small intestine, had maintained a weight loss of about a third nt of their pre-surgery weight three years out, or 90 pounds on average.

The 610 people who had lap-band surgery, where an elastic band is used to make the stomach smaller, maintained an average 16 percent weight loss, or 40 pounds.

The death rate for both surgeries was about the same, at just under 1 percent. But the lap-band patients were much more likely to need further surgery, with 18 percent going in to get things fixed. The median weight for people in the study before surgery was 284 pounds.

Many people end up getting weight-loss surgery because they have diabetes or other weight-related health issues. In the bypass group, almost three-quarters of the people with diabetes had at least a partial remission of the disease. In patients with lap-band surgery, that number was 27 percent. The more invasive gastric bypass was also better at reducing blood pressure and improving lipid levels.

Lap-band surgery has been popular because it is less invasive and has a quick recovery time. But because of the need for more operations to adjust the band and deal with other problems, surgeons instead have been turning to vertical sleeve gastrectomy, which reshapes the stomach into a banana-shaped tube but doesn't remove the valves at the top and bottom of the stomach. It also may not interfere with absorption of iron and other nutrients as much as does a Rouen-en-Y bypass. This study didn't evaluate the vertical sleeve procedure.

The LABS study is big, but it's not a randomized trial; the patients chose which surgery they would have. So that could affect the results. The results were published Monday in JAMA, the American Medical Association's journal.

The varied response shows that more effort needs to go into figuring out what type of obesity a person has, and not treating them all the same, according to Alison Field, an epidemiologist at Children's Hospital Boston who studies obesity. She wrote an editorial in JAMA to accompany the report.

"We don't think all breast cancer should be treated the same — not at all," Field told Shots. "We need to start thinking the same way with obesity."

Current approaches to weight loss, including diets and exercise, result in only small amounts of weight loss when averaged out across the American population, Field notes. And with 70 percent of American adults and 33 percent of children overweight or obese, there are a lot of people who could do with some help. Bariatric surgery isn't appropriate for almost all of those people, she notes. There need to be tailored non-surgical approaches, too.

"If you look at Weight Watchers, it's focused on education and navigating social situations," Field adds. "It works very well for some people, but not others. We need to figure who the subgroups are and how to match the best treatment to them. We have a ways to go to get there."

The LABS study is also looking at how weight-loss surgery affects teenagers, and published a very short-term study Monday in JAMA Pediatrics. It found that 242 teenagers who had bariatric surgery did fairly well in the first 30 days afterwards. Eight percent had major complications, like needing more surgery, and 15 percent had minor complications, like dehydration. That study will continue to see how the teens fare over the next few years.

Weight-loss surgery in children is controversial because they aren't able to give legal consent, and because any ill effects would dog them for many more years than in adults, who typically have bariatric surgery in their 30s or 40s.

Parents and doctors should think about non-medical reasons why surgery may help teenagers, according to Michael Sarr, a bariatric surgeon at the Mayo Clinic. He wrote an editorial in JAMA Pediatrics arguing that having to go through adolescence weighing 300 or 400 pounds can result in "psychosocial retardation."

"The elephant in the closet is social ostracism and social isolation," Sarr told Shots. "Many of these kids are markedly obese from age 10. They're isolated. They're made fun of. They're excluded from things."

That, he says, can stunt a life as much as Type 2 diabetes and other health issues in seriously obese children.