Accessibility links
Wondering If You Need A Strep Test? Crowdsourcing Might Help : Shots - Health News A fever, lack of cough, and sick neighbors could help you assess your strep status at home. By measuring how many people have strep in the community, researchers say it could be much easier to figure out when it's time to go for the lab test.

Wondering If You Need A Strep Test? Crowdsourcing Might Help

Wondering If You Need A Strep Test? Crowdsourcing Might Help 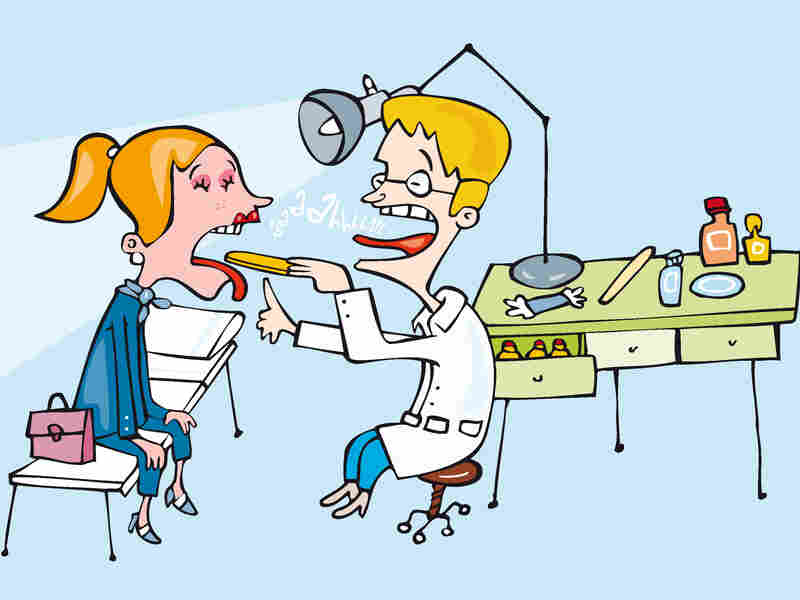 Wouldn't it be nice to be able to skip the strep test sometimes? iStockphoto.com hide caption

Most sore throats aren't strep. But because strep bacteria can in rare cases cause rheumatic fever, people often feel like they should get tested for possible strep infection.

It might be possible to skip that step someday by checking whether your neighbors have been getting strep throat, researchers say. Aside from reducing the cost and inconvenience of needless clinic visits, the neighborhood strep check could reduce the risk of being needlessly treated with antibiotics.

Streptococccal infections are contagious, so it makes sense that the more people in the area who are infected, the more likely that a sore throat could be strep. But only about 20 to 30 percent of sore throats in children are caused by strep, and that number's even smaller in adults.

So researchers at Boston Children's Hospital decided to investigate if using the actual numbers of people with strep throat could be used to predict the likelihood of one person being infected.

They did that by working backward, looking at data from visits to CVS MinuteClinics in six states. They noted the symptoms of people who came in with sore throats, and whether or not they had a positive strep test. That gave them 71,776 visits for people age 15 and older. Serious number crunching ensured.

The researchers also had to come up with a list of symptoms that a person could diagnose themselves. A nurse or doctor typically asks people if they have fever, a cough or other cold symptoms. In an exam, they also look at the patient's throat and see if lymph nodes in the neck are swollen.

Asking people about just two symptoms — fever and lack of cough — is the most important. Combining that information with an odds ratio based on the number of strep cases in the area in the past two weeks, predicted the likelihood that someone would actually test positive for strep about as well as scoring systems used by clinicians.

If this formula could be turned into a test that people could do on the phone or online, the researchers estimate, about 230,000 doctor visits could be avoided each year for people who have a low risk of strep.

Patients with higher scores might be told to come in for a physical exam and possibly testing, as would patients whose symptoms worsened after the first analysis.

But the test isn't perfect. About 8,500 people with strep throat who would have gotten antibiotics based on an in-office test wouldn't have been diagnosed using the stay-at-home formula, the report says.

And this system isn't yet available in a smartphone app, or available at all. Right now it's more useful as evidence that big chunks of health data that are increasingly available from electronic medical records or crowdsourced databases may have practical applications, rather than just for medical research.

Even the number of Web searches for flu symptoms are accurate predictors of disease spread, researchers have found.

The results were published online in Annals of Internal Medicine.

Last year the Infectious Disease Society of America updated its recommendations for diagnosis and treatment of strep in children and adults. Bottom line: sore throats that are accompanied by cold symptoms such as coughs and stuffy noses are almost certainly viral, and don't need to be tested.