Accessibility links
IVF Doesn't Raise Overall Risk For Childhood Cancers : Shots - Health News Children conceived by in vitro fertilization have the same chance of developing leukemia and brain cancers as their peers, a large study in the U.K. finds. There was a slight increase in risk for two rare cancers. But overall the findings are good news, reaffirming the safety of the fertility treatment. 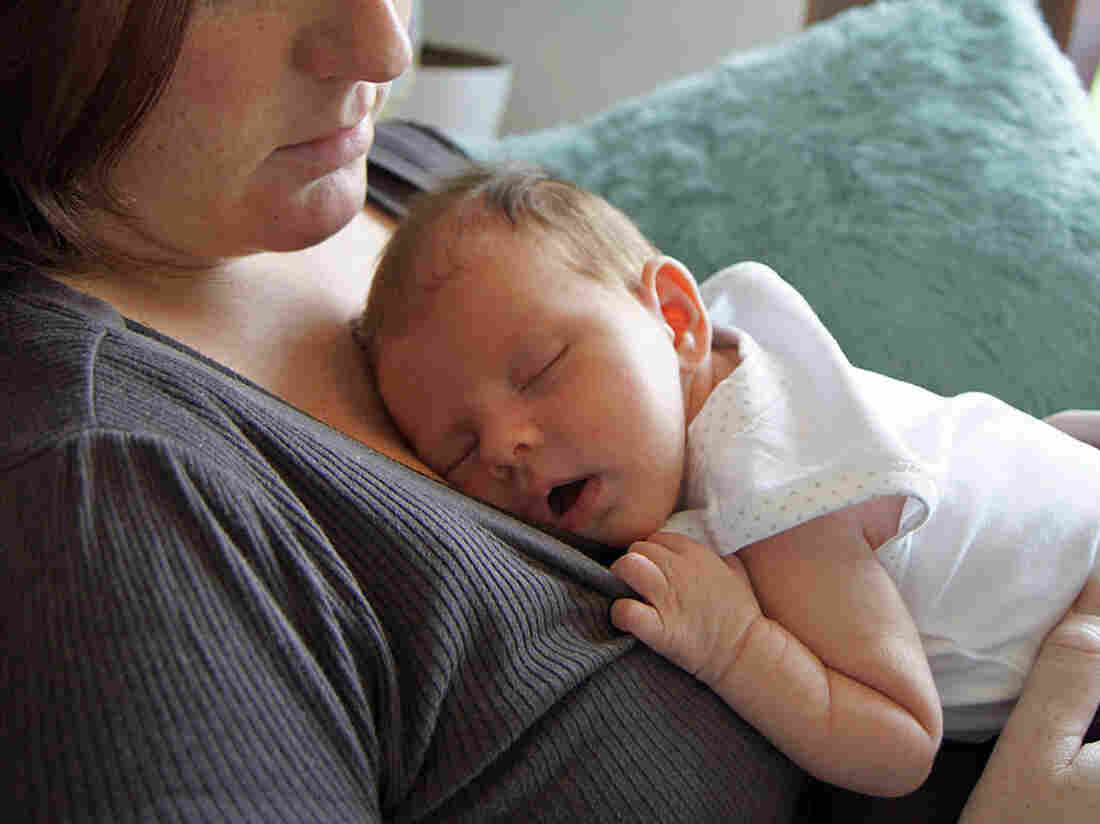 Tina Nevill of Essex, England, holds Poppy, who was conceived by in vitro fertilization. The U.K.'s health system records all IVF cycles performed in the country. Barcroft Media/Landov hide caption 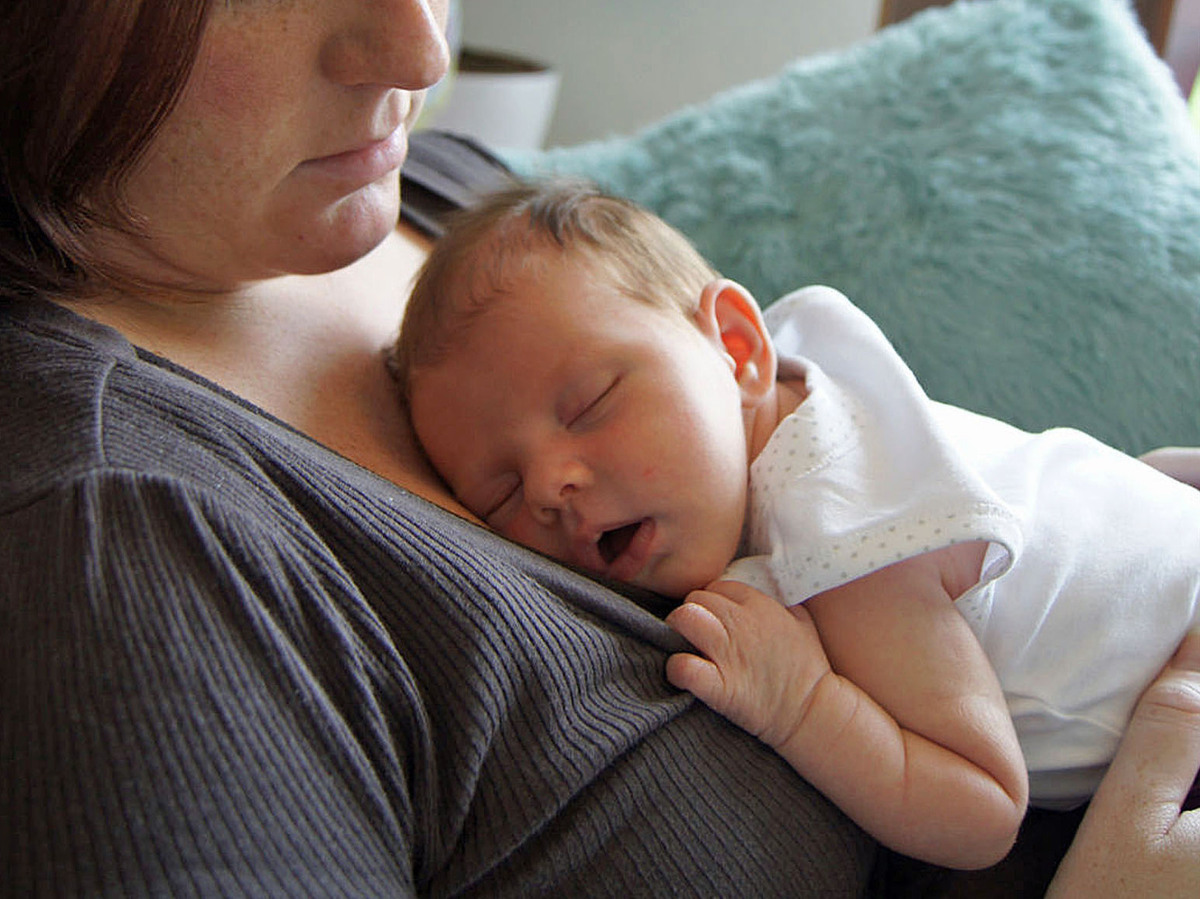 Tina Nevill of Essex, England, holds Poppy, who was conceived by in vitro fertilization. The U.K.'s health system records all IVF cycles performed in the country.

Children who were conceived with in vitro fertilization have the same overall chance of developing childhood cancers as those conceived naturally, scientists reported Wednesday.

"It's a reassuring finding," says pediatrician Alastair Sutcliffe of University College London, who led the study. "It's a bellwether to the future health of these kids as they grow up."

There's always been a question about whether IVF could have a negative impact on a child's long-term health, Sutcliffe says. "Embryos and eggs don't usually see the light of day, but these do, literally."

Answering that question has been a lengthy process.

The study, published Wednesday in the New England Journal of Medicine, is the largest of its kind. And it did uncover a very small rise in risk for two rare cancers. But for more common cancers such as leukemia, the fertility treatment had no effect.

"The main message about cancer is good news," Sutcliffe tells Shots. "I don't want to overextend the findings of the study. But if a population has something going wrong, you'd think that cancers would start showing up."

More than 5 million children have been conceived with IVF. The fertility treatment accounts for more than 1 percent of all babies born in the U.S.

Several studies had found changes in how genes are turned on and off in IVF embryos. That process also plays a role in cancer. And previous analyses of cancer rates in IVF-conceived children have come up with mixed results.

The current study lays to rest some of this concern and confusion.

Sutcliffe and his team tracked more than 100,000 children conceived by IVF from 1992 to 2008. They then compared the cancer rates in these kids with those observed across the whole population of kids in the United Kingdom.

The sheer size of the study meant that Sutcliffe and his team could tease out the risk for individual childhood cancers. Rates of leukemia, brain tumors and kidney cancers were the same in both groups.

But children conceived with IVF had about a 2 to 3 times higher chance of developing a liver cancer called hepatoblastoma and a muscle cancer called rhabdomyosarcoma.

"We can't be as confident in these findings as in the overall message about cancer, because these two cancers are rare," Sutcliffe says. And the absolute risk for these diseases is still very low. For instance, about 6 out of every 1 million children conceived by IVF developed hepatoblastoma.

That's not to say that IVF doesn't come with some risks. A study last year in the New England Journal of Medicine reported a slightly elevated chance of birth defects, especially for those conceived by the IVF technique known as intracytoplasmic sperm injection, or ICSI.

But the biggest risk with IVF, Sutcliffe says, is the high rate of twins and triplets. "A lot of the health effects, including premature birth and low birth weight, are related to multiple births," he says.

Because of that, IVF children are likely to be born slightly less mature overall, Sutcliffe told Shots.

"On the other hand, if the baby is a singleton and conceived by IVF," he says, "then really his or her prospects are largely the same as the natural-conceived child."