Accessibility links
Movies Rated PG-13 Feature The Most Gun Violence : Shots - Health News Banning R-rated movies for your kids isn't enough to spare them from scenes of gun violence. The amount of gun violence in R-rated films has stayed fairly stable since 1985, while gun violence in PG-13 movies has soared. 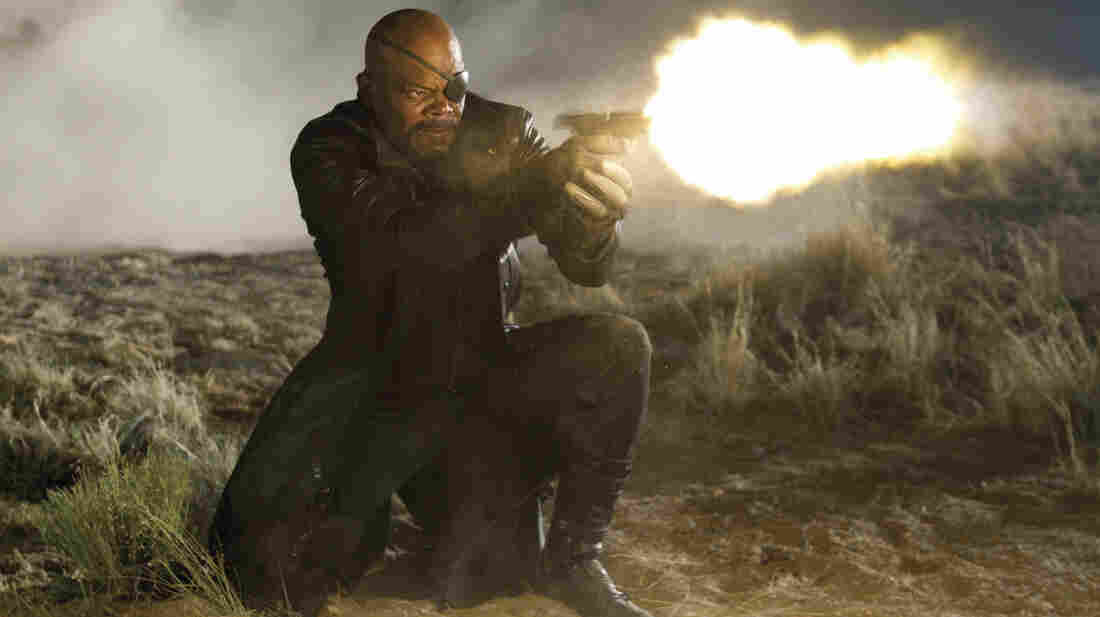 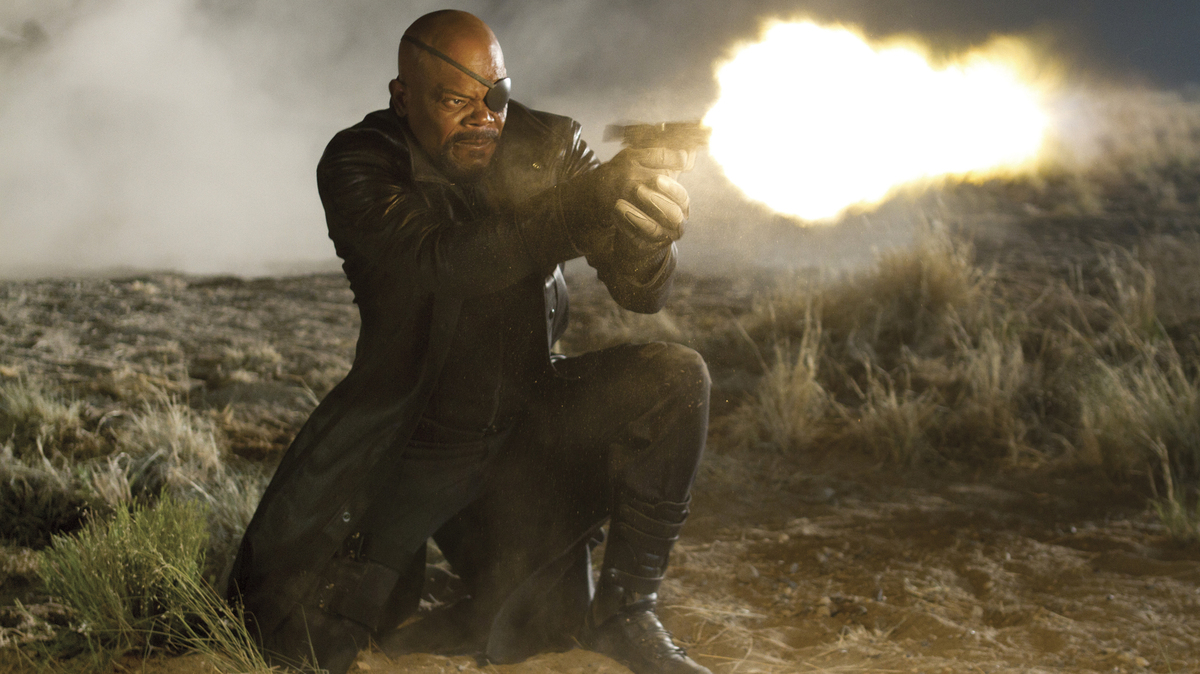 Gun violence has become increasingly common in PG-13 movies like The Avengers, released in 2012.

Parents who rely on movie ratings to decide what their children can watch may think that PG-13 films have fewer villains flashing guns than R-rated movies.

That's troubling, and not only because parents might feel they've been hoodwinked by the industry's rating system. There's lots of research showing that watching violence in movies makes people more aggressive and less compassionate. So small children may be getting lessons in aggression that their parents would much rather avoid.

Both men got to wondering whether movies were getting more violent. So they gathered up their grad students and had them watch hours of movies made since 1950, recording the violent sequences in each five-minute segment.

They found that the amount of violence in films has more than doubled since 1950, an year that saw the debuts of Sunset Boulevard, Cinderella, and Rashomon.

Then the researchers looked at movies starting in 1985, the year that the Motion Picture Association of America debuted its rating system. "Movie ratings provide parents with advance information about the content of movies to help them determine what movies are appropriate for their children at any age," according to the MPAA website.

Fast-forward to 2009. That's the year when the amount of gun violence in PG-13 movies became as high as in R-rated films. And in 2012, the mean level of PG-13 gun violence exceeded violence in R films.

It's A Duel: How Do Violent Video Games Affect Kids?

The box-office winners in 2012 with PG-13 ratings were Marvel's The Avengers, The Dark Knight Rises, The Hunger Games and Skyfall.

From 1985 to 2012, the amount of gun-related violence in R-rated movies stayed pretty much the same, and the amount for those rated G or PG actually dropped. It was the PG-13 movies, which are typically the big summer blockbusters, that saw a huge surge in gun violence.

The study was published online in the journal Pediatrics.

"Children under 13 for sure should not see PG-13 movies," Bushman told Shots. That applies to all forms of media, he adds, including video games.

The many studies on violent media don't prove that exposure causes violent criminal behavior, Bushman says. "We do know that violent media media exposure does increase aggressive behavior," he says. "It increases violent thoughts." And, he added, it numbs people to the pain and suffering of others.

Bushman suggests that parents go online and check clips from movies and video games on YouTube and elsewhere. They can also look at comments on popular movie rating sites.

He has three teenagers, so he knows what he's talking about. He screens movies and video games before letting his kids watch them, and he explains why the family has put violent media off limits.

"We also block TV programs that have violent and sexual content, and all of our screens are in central locations." In the Bushman household, a kid with an iPad in the bedroom has to keep the door open. And at bedtime, the kid has to give up the iPad.

"I'm sure my kids hate the fact that their dad has been researching violent media for the past 25 years," Bushman adds. "Their friends can watch whatever they want. But they can't."