Accessibility links
First Estimate On Insurance Sign-Ups Is Pretty Darned Small : Shots - Health News There's been a lot of speculation about how many people have signed up for Affordable Care Act insurance. The official number will be reported at the end of the week. But unofficial estimates are leaking out, including 50,000 reported today. That's far less than the 500,000 that the administration originally predicted. 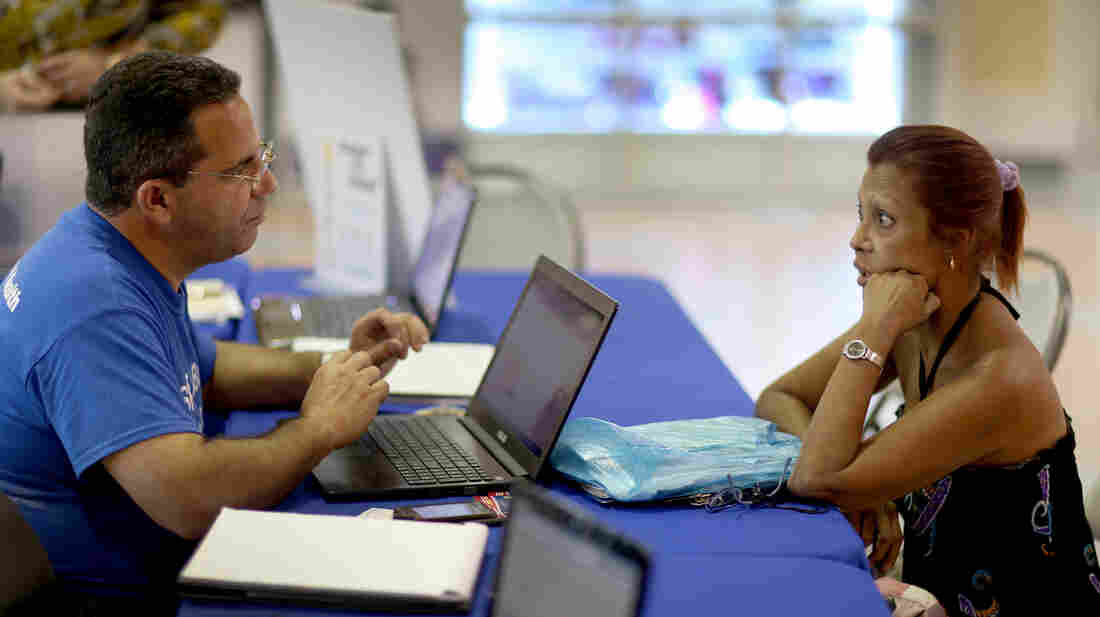 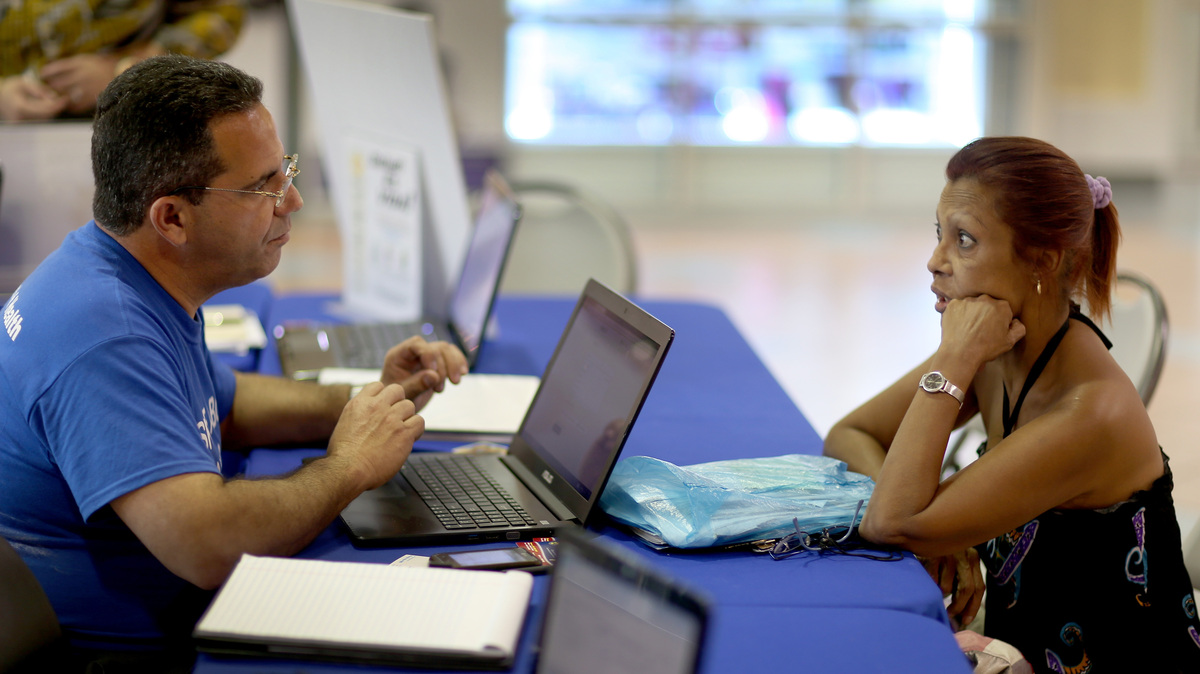 Mario Ricart , an insurance agent with Sunshine Life and Health Advisors, talks with Naylie Villa about buying insurance under the Affordable Care Act on Nov. 5 in Miami.

The Obama administration later this week will issue much anticipated enrollment numbers for the first month of the Affordable Care Act.

But Monday afternoon The Wall Street Journal reported that fewer than 50,000 people have signed up for health insurance in the federal health exchange the during October. Even with the administration's efforts to lowball expectations in recent days, that's a pretty small number. And the while the White House won't confirm it, it's not specifically denying it, either.

So 50,000 people, give or take, signing up for health insurance through the federal health exchange. How many people were expected to sign up this first month?

The leaked number we heard was just a little under 500,000. Of course that was before it became clear that the federal exchange pretty much didn't work.

Even Health and Human Services Secretary Kathleen Sebelius warned everyone that the numbers would be pretty small for this first month. And if these particular numbers aren't quite right, don't expect the actual numbers released later this week to be a whole lot different.

These numbers don't represent everyone who has signed up, do they?

That's right, these are just the folks who managed to get through the troubled federal exchange.

On Monday Avalere Health, a health policy think tank, released a study that found another 50,000 people have enrolled in private coverage through 12 of the state exchanges that have reported information so far. Note that the largest state exchange, California, hasn't reported any enrollment numbers yet, but it has logged 2.5 million visits to its website.

But these numbers are well short of what the program will need to be deemed a success, isn't that the case?

It's really hard to tell yet.

The Obama administration has been touting what turns out to be something of a questionable statistic from Massachusetts about a slow start to that program in 2006. (Massachusetts' health law is the program on which the Affordable Care Act is based). But the Avalere study points out that these first-month enrollment numbers are not that far off from the enrollments in the Medicare prescription drug law in the early days. And that program turned out just fine.