Accessibility links
Medicaid Questions Slow Insurance Purchases On Colorado Exchange : Shots - Health News The heat is on officials with Colorado's health exchange to make its website work better. Exchange officials are feeling pressure to explain why consumers have to fill out a detailed Medicaid eligibility form before signing up for private insurance online. 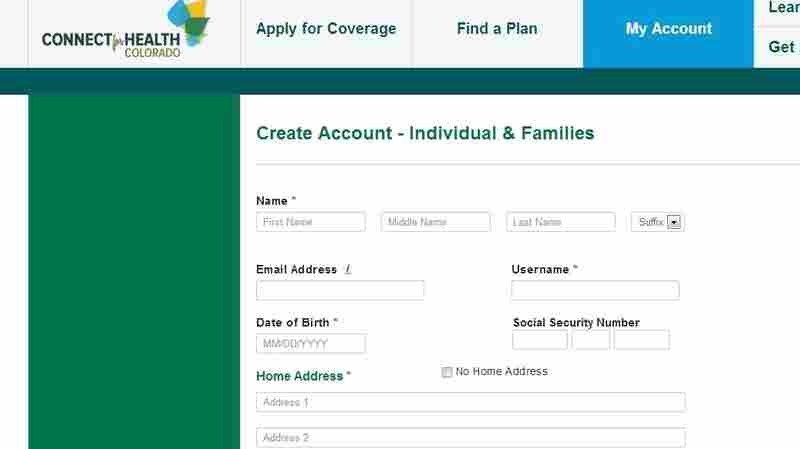 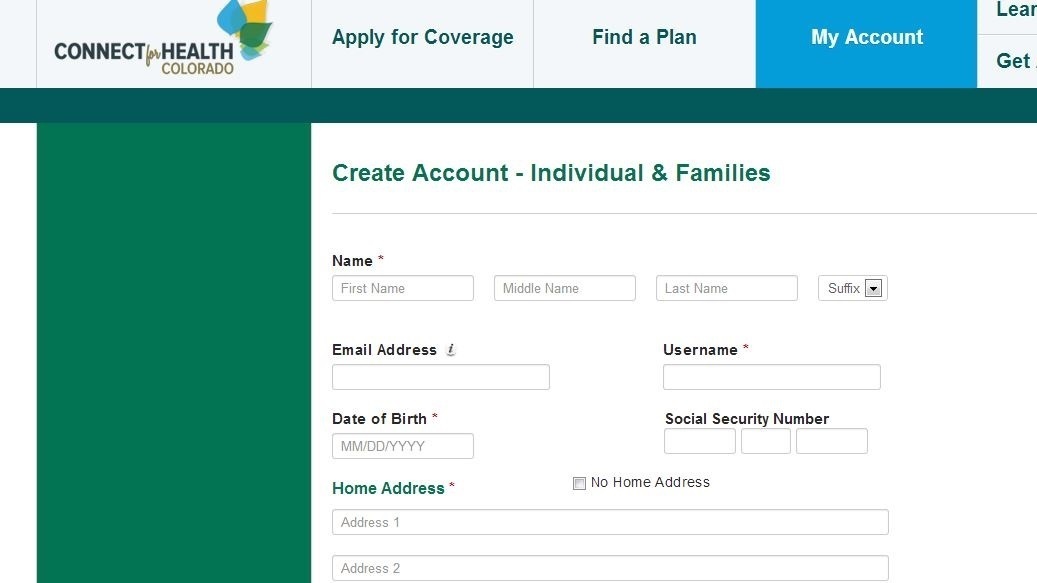 If you want to meet somebody who's really happy with the Affordable Care Act, then say hello to Sue Birch, Colorado's Medicaid director.

Nearly 40,000 Coloradans signed up for health coverage on the state's new marketplace, Connect for Health Colorado, rather than HealthCare.gov.

And, Birch says, most of those people who signed up through the website enrolled in Medicaid.

So while Colorado has been enrolling only about a thousand people a week in new private health insurance since its Obamacare marketplace opened, the number enrolling in Medicaid is 10 times that.

But not everyone sees the process that way. Some people are complaining that Colorado's Medicaid system is getting in their way, slowing enrollment in private coverage. That's because nearly everyone buying on Connect for Health has to file a Medicaid application first, even if they know they make too much money to qualify.

Cancer patient Donna Smith told the Connect for Health board she's been waiting more than a month to be cleared by Medicaid, so she can buy private insurance for next year.

"This is a very real human issue, and day 36 is making me really nervous," she says.

Stories like that are troubling to Connect for Health board members including Ellen Daehnick.

"Getting through the system can be more complicated and time consuming than necessary, and there can be points where a user has to wait," she says.

Daehnick and other board members worry that people who won't qualify for Medicaid but will qualify for tax credits to lower their private insurance premiums will get hung up in the Medicaid application and not come back.

Judy Solomon, with the Center for Budget and Policy Priorities in Washington, says Colorado appears unique in the way it has fashioned the Obamacare application.

"If Colorado is trying to make sure that no possible door to Medicaid has been foreclosed before passing people on for the premium tax credits, it's really going to slow down the process," she says.

Connect for Health board members got a feel for that last week during a demonstration of the site. The application included questions about how much a person's car is worth, and whether someone has burial benefits.

Questions at that level of detail are designed to screen for every possible Medicaid recipient, but aren't required for the vast majority of people shopping for Obamacare coverage. Those questions have since been removed from Colorado's application.

Connect for Health Colorado's board chairwoman Gretchen Hammer says the application still isn't as streamlined as they'd like, but she's not convinced it's pushing people away.

"We are seeing a number of Coloradans who have not had access to coverage before, get that access and get it in a fairly timely manner," she says.

Hammer says she's aware some people are getting hung up, but doesn't think that's the only reason only 3,400 people bought private coverage through Connect for Health Colorado in its first month.

She says she thinks a lot of people may be waiting to buy because they can't afford something now that won't go into effect until next year. People can wait until Dec. 15 to buy coverage that starts on January first.

But she admits that Colorado's application process could be a lot more efficient, and the Connect for Health board is working on a major fix for next year.

Meanwhile, Connect for Health is hoping its sales rate goes up significantly. The 3,400 people who've bought coverage so far are a long way from the 136,000 the state is aiming for by the end of March.