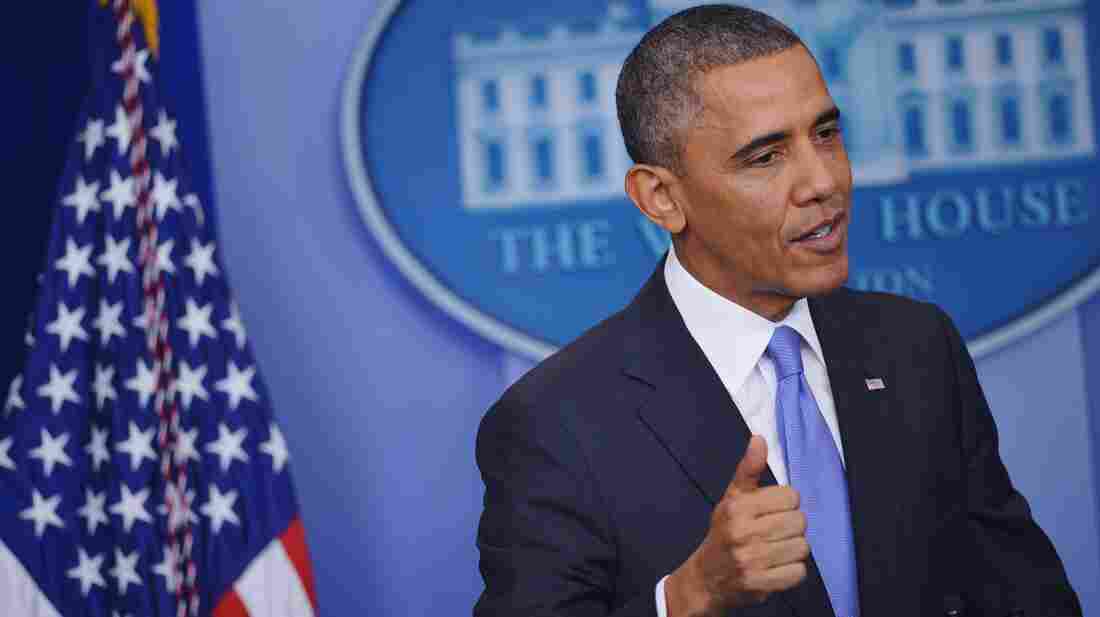 In a White House news conference Thursday, President Obama said he had thought that "98 percent" of policyholders would see no change in their current policies, or get a better deal. Mandel Ngan/AFP/Getty Images hide caption 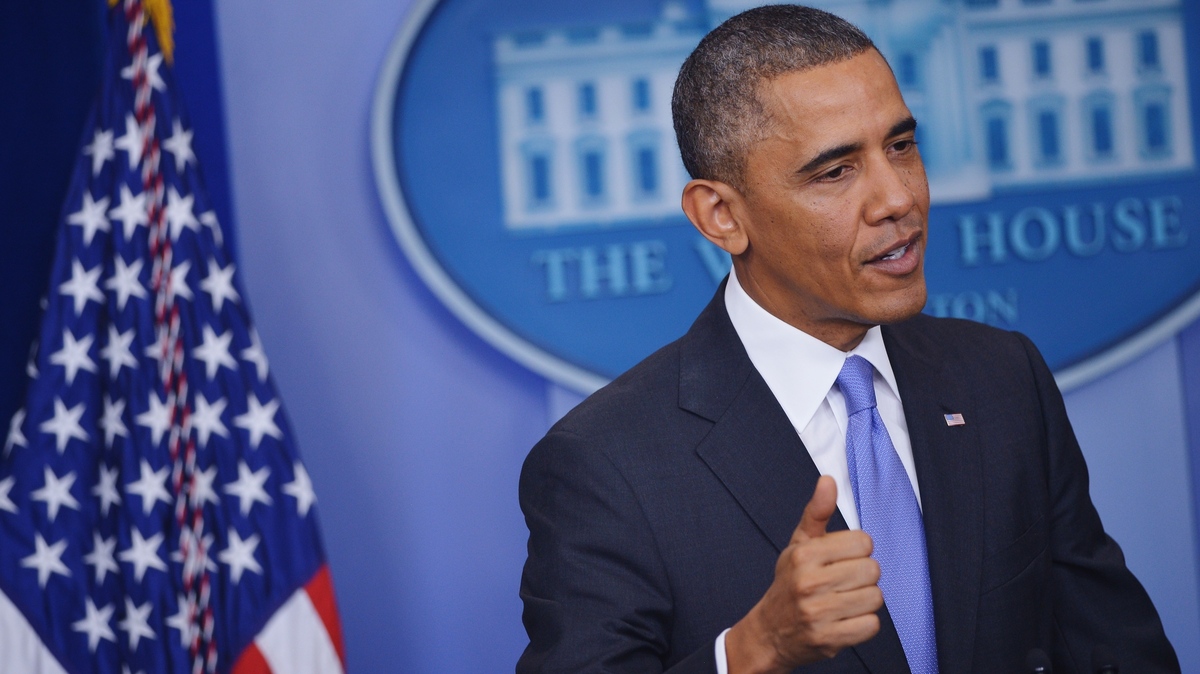 In a White House news conference Thursday, President Obama said he had thought that "98 percent" of policyholders would see no change in their current policies, or get a better deal.

It's not clear whether the administration's proposal to let insurers extend the policies they've been canceling for the past couple of months will solve the president's political problem. But it's sure not going over very well with the insurance industry.

"Changing the rules after health plans have already met the requirements of the law could destabilize the market and result in higher premiums for consumers," Karen Ignagni, president and CEO of America's Health Insurance Plans, the industry's trade group, said in a statement Thursday.

State insurance regulators are of a similar mind.

"In addition, it is unclear how, as a practical matter, the changes proposed today by the president can be put into effect," the statement continued. "In many states, cancellation notices have already gone out to policyholders and rates and plans have already been approved for 2014. Changing the rules through administrative action at this late date creates uncertainty and may not address the underlying issues."

In fact, many of the cancellation notices that insurance companies were sending out were not strictly required by the health law.

The administration's proposal does come with some strings attached: Insurers that decide to continue plans that don't offer benefits required under the Affordable Care Act would have to notify their policyholders which benefits aren't included. They would also have to tell customers that they have the right to buy a plan in a health exchange — where they might qualify for a subsidy or Medicaid — and the right to buy from another insurer.

Letting people keep existing plans means they won't be part of the new risk pool that was designed to make coverage under the Affordable Care Act more cost-effective. The administration says it's looking for ways to make it less likely that that would boost insurance rates. One possibility is through an existing pool of funds that would help offset costs for insurance companies that end up with too many sick people.

But the real worry remains that in order to make the entire effort a success, there has to be a balance of sick and healthy people in the health plans in the exchanges. And the more people who aren't in the exchanges, the harder that will be — which makes this a case where politics is fighting policy.