Accessibility links
Critics Warn Latest Cholesterol Guidelines Invite Overtreatment : Shots - Health News Updated just last week by the American Heart Association and the American College of Cardiology, the new guidelines are based on old data, some heart doctors say, and may overestimate the real risk of heart attack and stroke. That could result in overtreatment with cholesterol-lowering drugs. 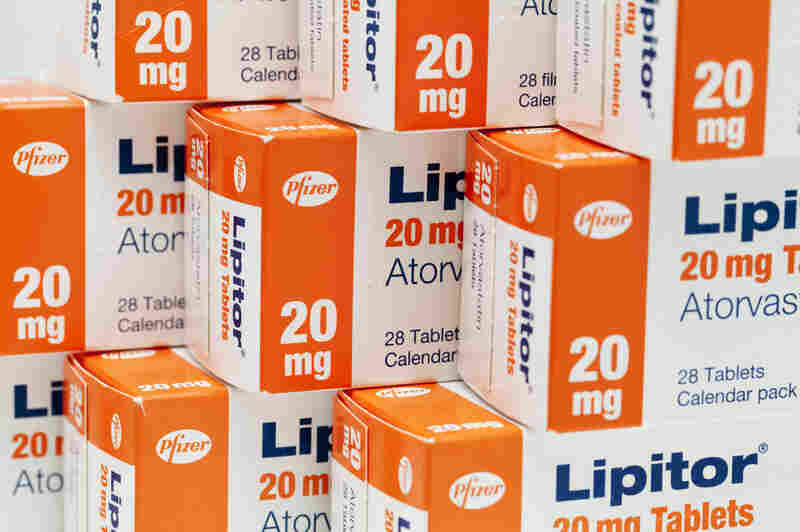 The launch of new treatment guidelines isn't a good time for confusion and controversy.

But that's precisely what's happening to a set of sweeping new guidelines aimed at slashing the U.S. rate of heart attacks and strokes — the first reboot of such advice in seven years.

If such guidelines are going to work, Dr. Steven Nissen points out, they have to convince.

"We need the public's support here," the Cleveland Clinic cardiologist says. "Doctors can write prescriptions for drugs, but patients have to want to take them. And what I fear is at risk here is confusion that prevents people who would benefit from getting the drugs, and may lead to the wrong people getting these drugs."

The guidelines, promulgated by the American Heart Association and American College of Cardiology at the behest of the National Institutes of Health, are aimed at preventing a first heart attack or stroke in millions of Americans.

"Because this affects so many people, we have to get it right," Nissen says.

But when Dr. Paul Ridker saw the cholesterol guidelines last Tuesday evening, he was troubled.

Shift In Cholesterol Advice Could Double Statin Use

Ridker, who directs the Center for Cardiovascular Disease Prevention at Brigham and Women's Hospital in Boston, had caught an advance peek at the document many months earlier. Back then he advised the team writing the guidelines that their proposed calculator to predict people's risk of heart attack and stroke might overestimate that risk because it relied on old data. His caution apparently fell on deaf ears, though, because when it came out, the formula hadn't changed.

"We found that it overestimated risk by a substantial amount," Ridker tells Shots. "On average, it was between 75 and 150 percent — so a rough doubling. And that's a substantial overestimation."

He thinks the reason is that the cardiovascular risk of U.S. adults has changed quite a lot over the past two decades and more. "Not only are rates of smoking lower, but people tend to exercise more and they're on better diets," Ridker says. "If you use a prediction model that uses older data, that might or might not tell you what's relevant now."

Ridker says it's not such a big deal if a formula overestimates the risk of somebody whose chances of a heart attack and stroke are high — he will probably get cholesterol-lowering drugs in any case. But it's a different story if somebody's real risk is low and the calculator overestimates that risk.

On Monday, the guideline writers stoutly defended their work at a press conference in Dallas, where the Heart Association is holding its big annual scientific sessions.

Because this affects so many people, we have to get it right.

"The truth is, the risk equations work exactly as we asked them to do," says Dr. Donald Lloyd-Jones of Northwestern University, who led a panel that developed the new risk calculator. "The question is: Are they the right populations? We selected populations that were representative of the U.S. in the mid-1990s."

He points out that estimating people's risk of heart attack or stroke 10 years into the future requires following them to see what happens to them, and they've got to be followed for at least 10 years. "I'd love to snap my fingers, take a population existing today and know what their outcomes are going to be in 10 years," Lloyd-Jones says. "But you just can't do that."

He argues that Ridker and Cook's analysis ­underestimates risk, because it used research subjects who were much healthier than the average American. The analysis mined data from the Nurses Health Study, the Women's Health Initiative and the Physicians Health Study.

For his part, Ridker stresses that he supports 95 percent of the new guidelines. But he'd like to see their implementation delayed until scientists can figure out how to deal with the problem of risk projection.

"I think when you see a signal like that — when the data don't quite make sense — the most responsible thing to do is stop and sit tight," Ridker says, as you continue to try to identify other factors you may not have taken into account.

At the moment, that doesn't appear likely. American Heart Association President Mariell Jessup said at Monday's media briefing that the organization will go ahead with the risk calculator and guidelines as is.

"We are implementing this approach to the prevention of cardiovascular disease," Jessup says. "We think we've done our due diligence. We have faith and trust in these investigators. And ultimately, as with all guidelines, the implementation is at the level of the patient and the practitioner."