Accessibility links
Wisconsin Chooses Its Own Path To Overhaul Medicaid : Shots - Health News The state's Republican governor, Scott Walker, rejected federal funds to expand Medicaid coverage. But Wisconsin is also bringing more people into Medicaid while moving others to private insurance on the health exchanges under the Affordable Care Act. 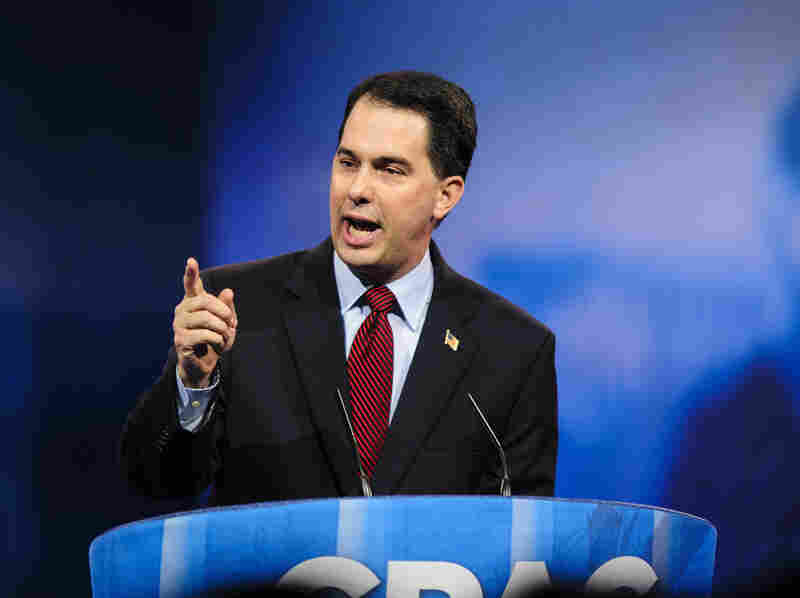 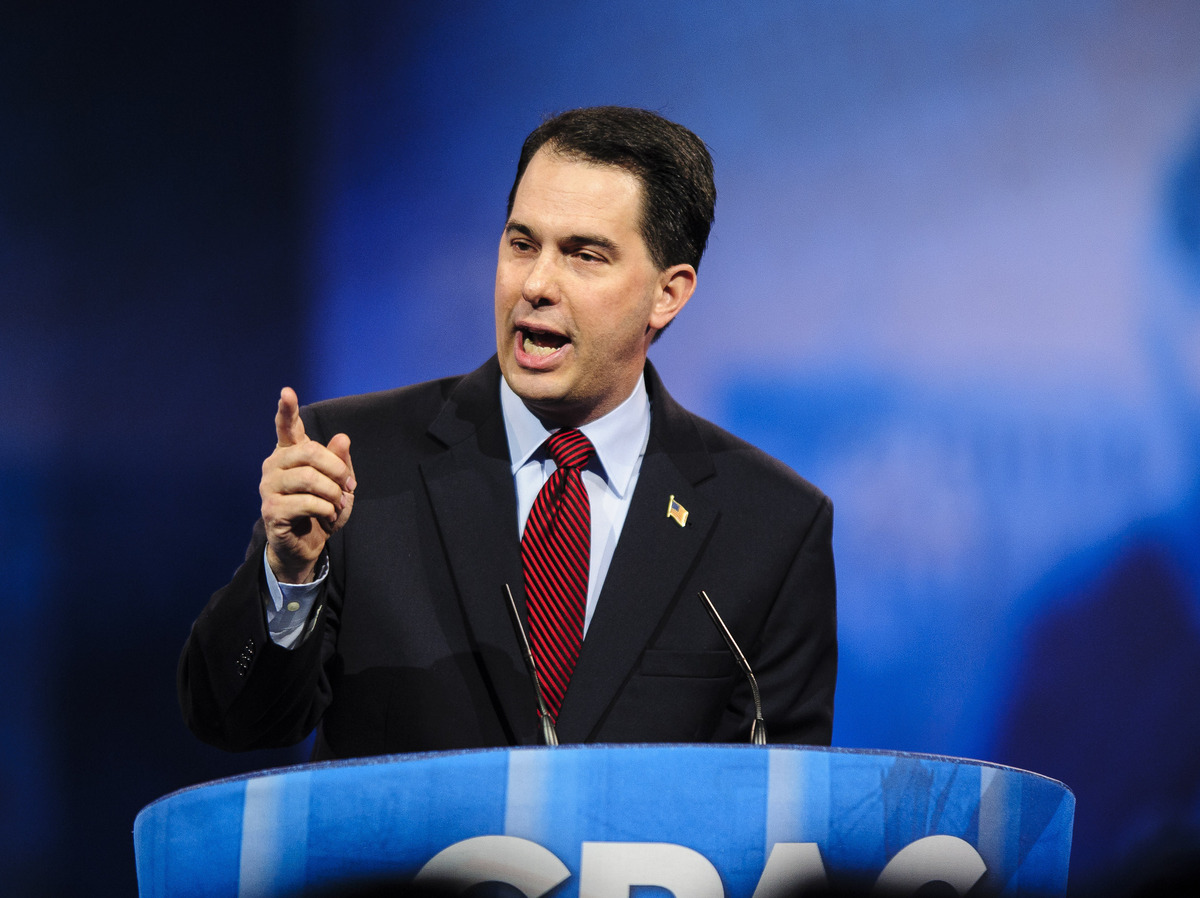 Wisconsin Gov. Scott Walker is one of 25 Republican governors who are rejecting the health law's expansion of Medicaid. But Wisconsin's own Medicaid program, known as BadgerCare, is more generous than that of many states, and now Walker wants to transfer many people out of BadgerCare and into the insurance marketplace created by the Affordable Care Act.

It's a plan that allows Walker to reject a key part of Obamacare by turning down federal money offered to help states pay for the expansion of Medicaid. But it also may make it possible for Wisconsin to still provide health coverage to many of the state's poor and working poor residents.

And for a governor who appears to be gearing up for a 2016 presidential bid, that may not be a bad strategy.

"It's part of overall reform," Walker said in February when he announced the state's plan. The goal, he said, "is to get more people out into the workplace, more people covered when it comes to health care and fewer people dependent on the government, not because we've kicked them out, but we've empowered them to take control of their own destiny."

Walker's plan will open up Medicaid in Wisconsin to about 83,000 poor, childless adults starting Jan. 1. They were previously locked out because of a cap on the number of people who could be in the program. 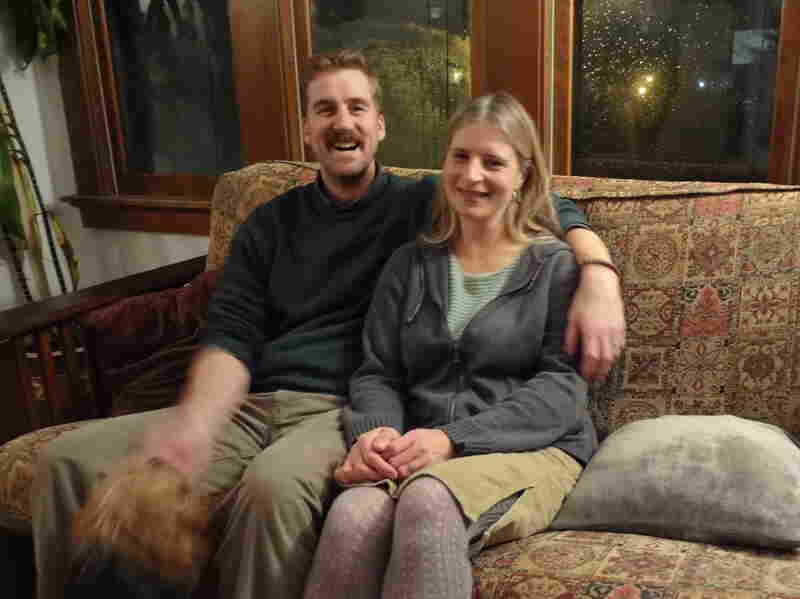 Jessica Jaglowski will no longer be covered by Wisconsin's Medicaid program. She and her husband, Bill Bellin, will be shopping on HealthCare.gov for her insurance. Erin Toner for NPR hide caption 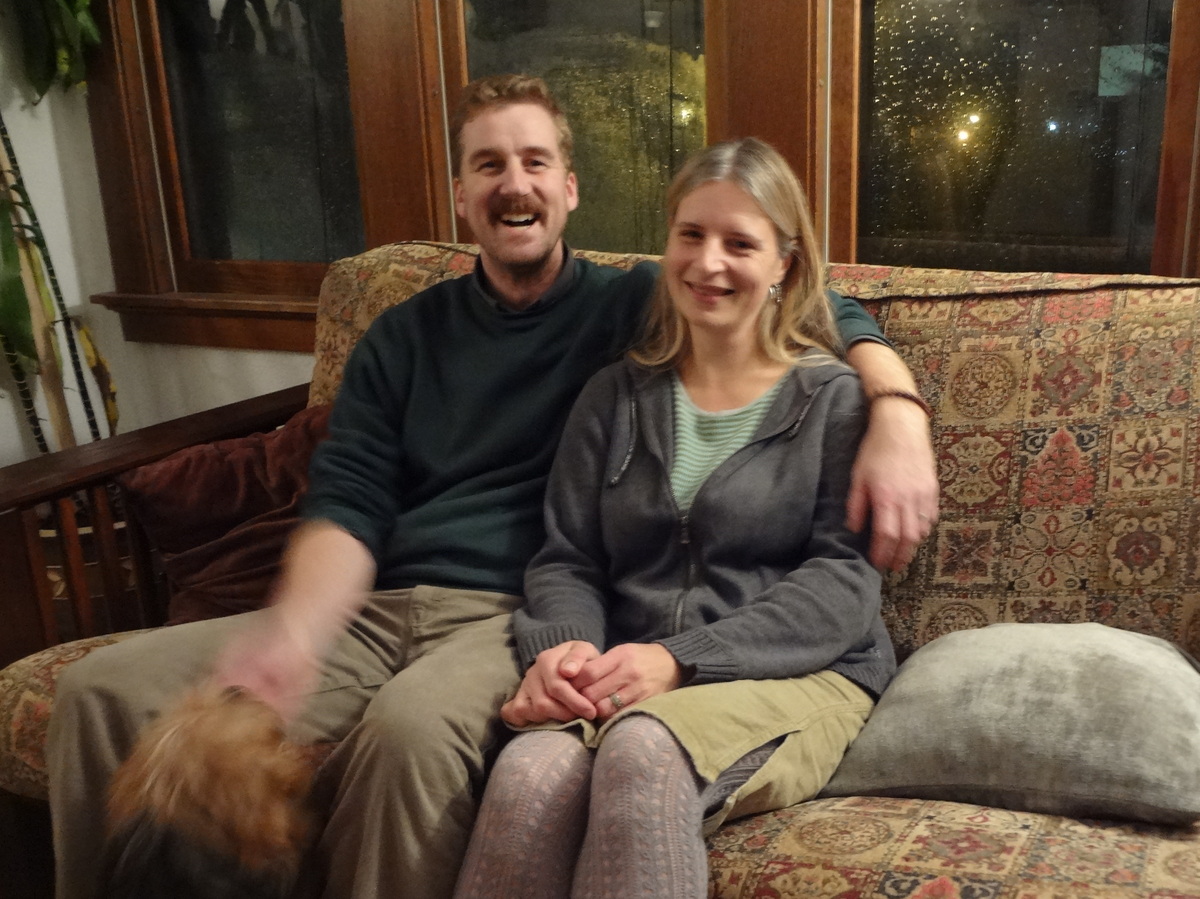 Jessica Jaglowski will no longer be covered by Wisconsin's Medicaid program. She and her husband, Bill Bellin, will be shopping on HealthCare.gov for her insurance.

At the same time, Walker announced that the state is canceling Medicaid coverage for 77,000 people who have incomes above the poverty line.

Walker's maneuver is possible because the state's Medicaid program was already one of the more inclusive in the country. It allowed people making up to 200 percent of the federal poverty level to be covered by BadgerCare.

Now the governor wants to roll BadgerCare eligibility back to 100 percent of the poverty line, and put everyone making between 100 percent and 200 percent — a range of $11,490 to $22,980 for a single person — into private subsidized coverage that they buy on the new marketplace.

Walker says everyone losing coverage will be able to buy subsidized plans under the Affordable Care Act, and many will find monthly premiums under $20.

"You're going to hear some detractors claim that moving people to the private market or to the exchanges isn't affordable," Walker said in February. But he maintains that these critics aren't aware of how much the subsidies will bring down the cost of coverage.

Jessica Jaglowski is a stay-at-home mom in Milwaukee who recently got a letter from the state saying she would be dropped from Medicaid. Her husband will be able to get coverage through his job, and their kids can stay on Medicaid, so Jaglowski is the only one who will need to seek new insurance.

"It's somewhat comforting to hear that there are exchange options available, but we don't know what those will mean, and what will be covered, and what doctors we'll get to see," says Jaglowski. "It is very stressful, and it's overwhelming looking through the plans because we don't even know really where to start."

Walker's changes put Wisconsin in a unique position, says Judy Solomon, a health policy researcher at the Center on Budget and Policy Priorities, a think tank in Washington, D.C. The state is moving people off Medicaid, but everyone under the poverty line still has a chance at getting coverage, which isn't the case in all states.

"There is a positive part of the story, which is that everybody does have a pathway to coverage," Solomon says.

In some states that also rejected a full expansion of Medicaid, Solomon notes, there are adults who don't qualify for it yet, and are too poor to get subsidies on the exchange.

Solomon says Wisconsin is a longtime leader in serving the poor, and the state's decision to reject federal funds offered to the states to expand their Medicaid enrollment is puzzling from a fiscal perspective.

"It's ironic to me that when you have the pathway to providing a uniform system of coverage with the rest of the country, they've decided to go in the opposite direction," she says.

States that rejected a full expansion are seeing bigger increases in the Medicaid costs, Solomon says, citing a survey. And a nonpartisan review estimates Walker's plan will cost state taxpayers an additional $460 million through 2020 than if he'd gone for a full expansion that would have pulled more federal dollars into the state.

Governors who have rejected the federal funds for Medicaid expansion say it would be a short-term windfall that wouldn't cover the long-term costs of coverage.

Last week, Walker said he would tweak his plan because of the troubled startup of HealthCare.gov, the Web portal for 36 states that are relying on the federal government to run their marketplaces.

Walker says he will let people set to be dropped from Medicaid on Jan. 1 stay on the rolls three months longer, so they have more time to sign up for plans on HealthCare.gov.

"We are going to take decisive action to make sure that the people of this state, particularly people in need, do not fall through the cracks," Walker said.

The reprieve is likely to clear the state Legislature in the next few weeks.

Walker's Medicaid plan requires a waiver from the federal government, which is pending but expected to be approved.

This story was produced in partnership with Kaiser Health News. Erin Toner is a reporter with WUWM Milwaukee Public Radio.