Accessibility links
Booming Demand For Donated Breast Milk Raises Safety Issues : Shots - Health News The push to get women to breast-feed has been so successful that many mothers who can't do it are looking for other mothers' extra milk. Milk banks that pasteurize and sell donated breast milk have sprung up. Informal online swapping of extra mother's milk has become popular, despite quality concerns. 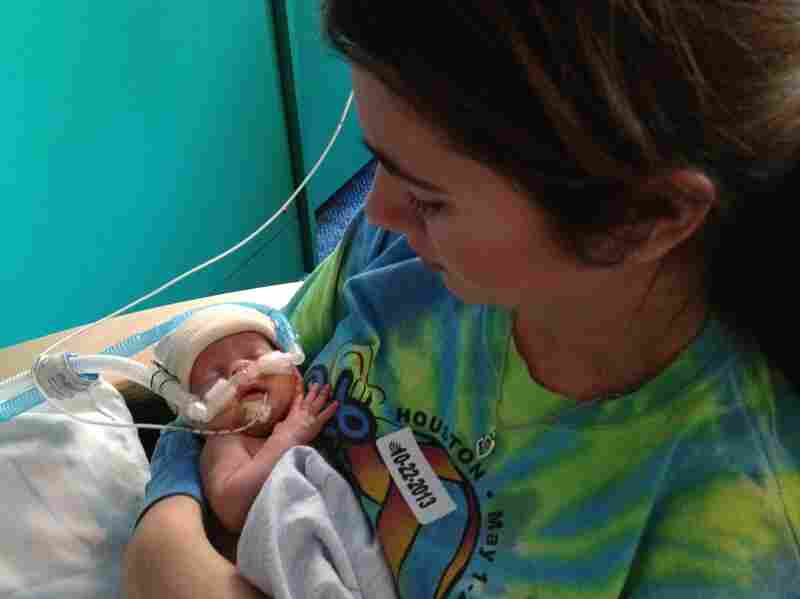 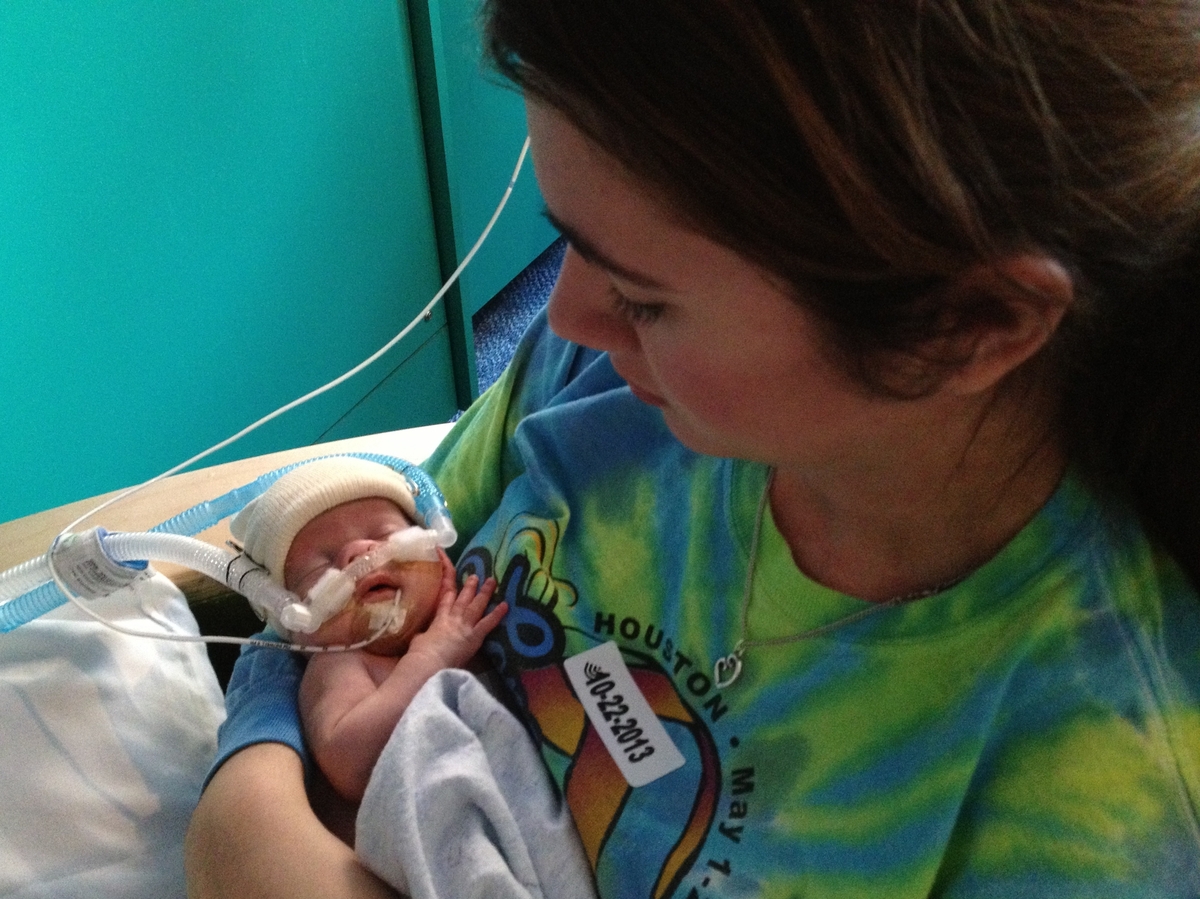 The public health message that "breast is best" has been received loud and clear. More mothers in the U.S. are breast-feeding, and they're doing so longer than ever.

But those simple facts hide a complicated world where passions about breast milk run high, and demand has skyrocketed.

Women who have extra milk are intensively courted, by hospitals who need the breast milk for premature babies and by moms who can't nurse their own babies and don't want to use formula.

Courtney Helms, who works in fundraising for an educational nonprofit in Dallas, had no idea about the market for donated breast milk until her second son was born. Helms was a committed breast-feeder, but her supply dropped after recurrent bouts of strep throat. So she turned to a Facebook group to find moms who would give her extra frozen milk.

Helms wasn't all that concerned about safety, though she met with donors in person and asked a few questions about diet, medications and caffeine intake. But mostly she just trusted them, because they were nursing their own babies.

That's a mistake, according to people who work for breast milk banks. These banks, mostly nonprofits, carefully screen donors and also pasteurize the milk. Mothers are tested for infectious diseases like HIV and hepatitis, and the milk itself is tested for tested for bacteria, says Kim Updegrove, president of the Human Milk Banking Association of North America.

"The practice of Internet sharing of human milk is not safe," Updegrove says. "Sharing a body fluid with all of its potential bacteria and viruses is dangerous, and it is playing Russian roulette with your child's life."

A recent study in the journal Pediatrics now cast a light on the risks. The study compared breast milk purchased online from anonymous donors with milk donated to a milk bank by screened and trained donors. The milk sold on the Internet had higher bacteria levels, including contamination with fecal bacteria and salmonella.

Helms had heard about the study, but isn't convinced that what she did was dangerous. She believes that people who would sell milk, as opposed to giving it away, have different motivations and may take fewer precautions when collecting and storing the milk.

Nevertheless, every ounce of milk that is sold or shared online is one less going to hospitals.

Research has shown that premature babies fed breast milk, either their mother's own milk or donor milk, do better. Breast milk helps ward off necrotizing enterocolitis, a dangerous intestinal illness that can kill underweight newborns.

At Texas Children's Hospital in Houston, neonatologists encourage mothers of premature babies to pump. But if that doesn't work, they often feed the babies donor breast milk purchased from a regional milk bank that tests and pasteurizes it.

First-time mother Madison Fitzgerald, 20, praised the program. Her baby, Jake, was born at 26 weeks, and Fitzgerald's attempts to pump enough milk petered out after two weeks. The neonatologist prescribed donor milk every three hours. "I think it's a lot better for him than having to process formula," she says. "It's helped us a lot with getting him bigger and stronger and ready to go home."

After instituting this approach in 2009, rates of necrotizing enterocolitis at Texas Children's dropped. But as other pediatric hospitals followed suit, the milk got harder to find. To lock in a steady supply, Texas Children's created its own milk bank and volunteer network.

"We have a very high-risk population and a lot of babies that needed donor milk," said Kristina Tucker, manager for the milk bank."And we often weren't able to get enough." The hospital also purchases a fortified breast milk product from a for-profit company.

In this context, breast milk straddles categories. It is both food and medicine. Three states also consider breast milk to be a human tissue, and regulate it that way. But so far the Food and Drug Administration has chosen not to regulate informal sharing of breast milk. It's still legal to share it online, although the FDA recommends against it because of the safety risks.

Updegrove would like the government to simply outlaw the Internet milk trade. This would steer would-be donors to the milk banks that screen and test milk, increasing both safety and supply. She says there might even be enough supply generated to share the milk with healthy newborns.

In the meantime, even nursing proponents like Updegrove and Tucker maintain that when nursing fails emphasize that formula remains a good and safe choice for full-term, healthy babies. They say donor breast milk should be preserved for the babies who need it most: babies who are premature, allergic, or have digestive problems.

"Formula sometimes doesn't have to be the four-letter word," Tucker says. "Sometimes it's necessary and that's OK. And sometimes we need to let moms know that's OK, you're still doing the best you can do."