Accessibility links
Overweight And Healthy: A Combo That Looks Too Good To Be True : Shots - Health News The proposition that some extra weight may not be a health worry has sparked a heated medical debate. Some studies have found that a little extra fat might have benefits. A new analysis suggests that for almost all people excess weight increases the risk of death and disease.

Overweight And Healthy: A Combo That Looks Too Good To Be True

Overweight And Healthy: A Combo That Looks Too Good To Be True 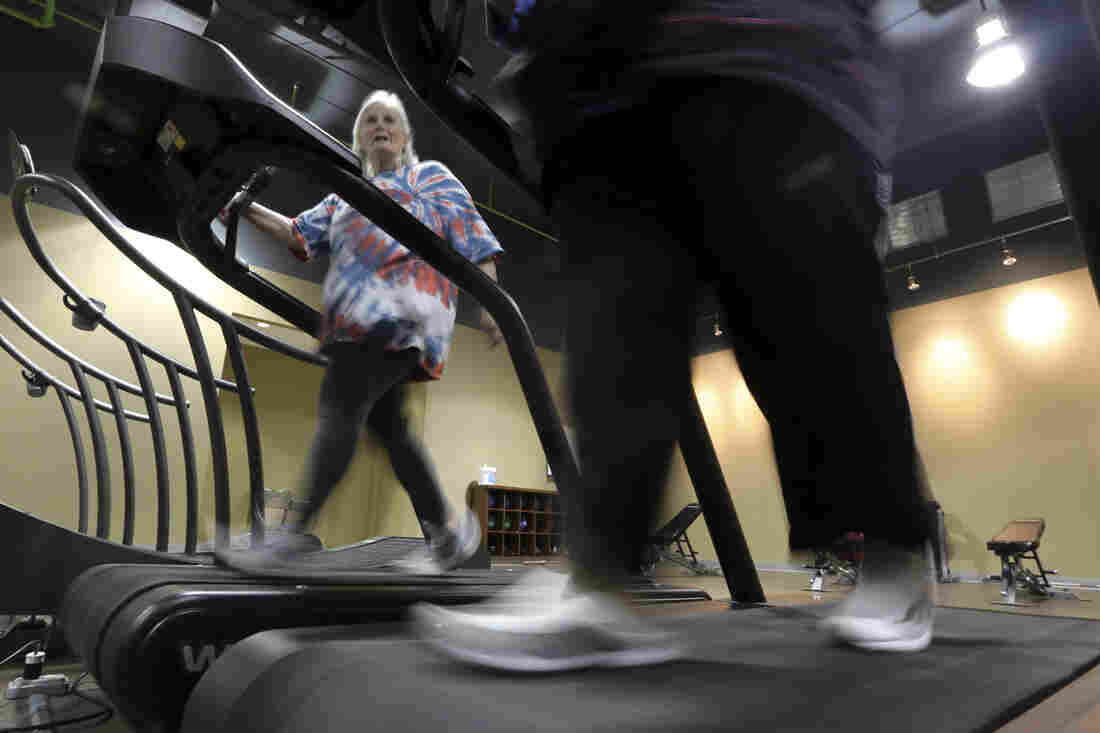 Gym members warm up on treadmills at Downsize Fitness in Addison, Texas. Membership at the gym is limited to people who have a high body mass index. LM Otero/AP hide caption 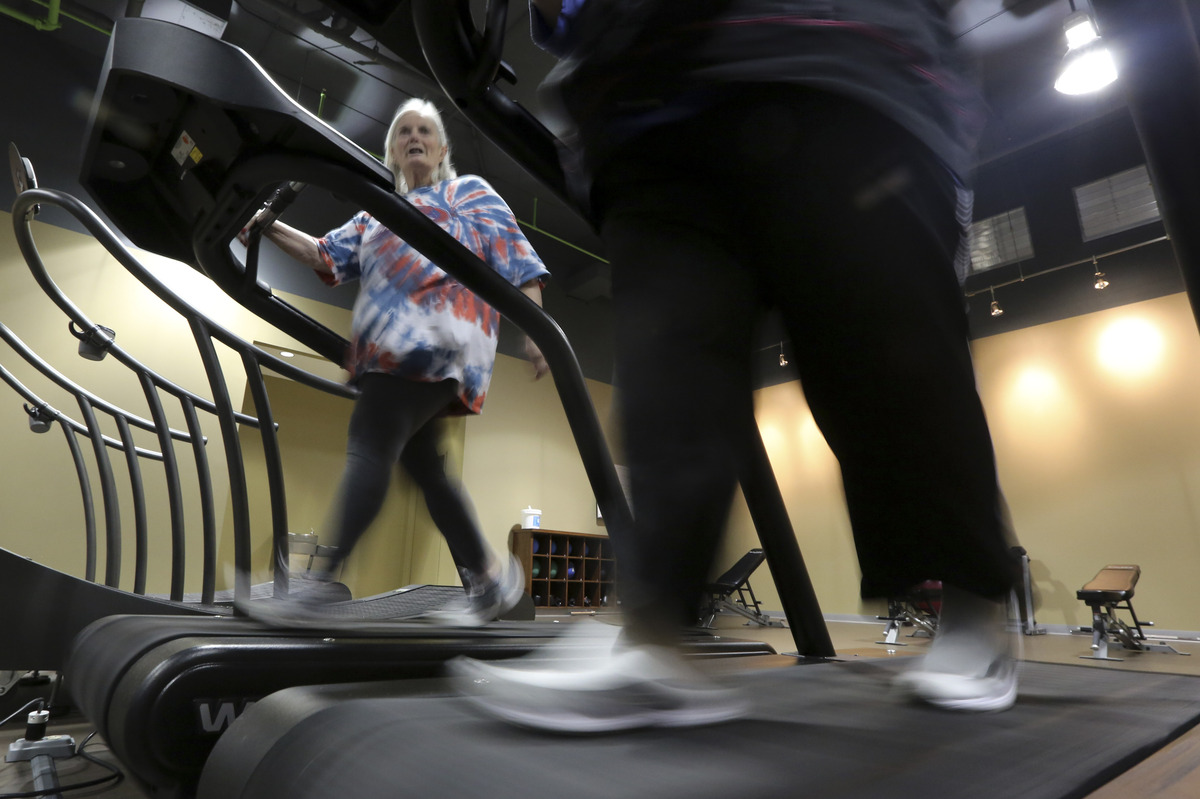 Gym members warm up on treadmills at Downsize Fitness in Addison, Texas. Membership at the gym is limited to people who have a high body mass index.

Overweight or obese people are indeed more likely to die prematurely than people of normal weight, say researchers who've analyzed the data. Their conclusion throws cold water on recent studies that have found some excess weight isn't so bad.

Earlier this year, researchers at the Centers for Disease Control and Prevention reported that overweight people actually live a bit longer than their skinnier peers.

Research: A Little Extra Fat May Help You Live Longer

But the new analysis says that overweight people who already have high blood pressure, high cholesterol or insulin resistance don't live longer and are at increased risk of cardiovascular disease. Same goes for overweight people without those issues, it turns out.

The CDC study didn't look at those factors, which are considered major health risks and when lumped together are called metabolic syndrome.

"Sometimes the message changes when you look closer," says Dr. Caroline Kramer, an endocrinologist at Mount Sinai Hospital in Toronto who led the study. "It's not OK to be overweight. It's not OK to be obese, even though you might not have metabolic abnormalities."

The notion of healthy obesity is appealing to patients and doctors.

If both states could really coexist, it would mean that some of the 38 percent of Americans who are obese might not have to lose lots of pounds to get or stay healthy. Doctors wouldn't have to badger patients to lose weight. And the health care system wouldn't have to invest lots of time and money in weight-loss programs and bariatric surgery.

But figuring out who those healthy obese people are, or even if they exist, has turned out to be a challenge. The CDC study compared people's body mass index, or BMI, to their longevity. It found that obese people died earlier, but that overweight people had a slightly lower risk of death than normal-weight people — about 6 percent.

But that study, which was published in February, was heavily criticized because it didn't look at the health of the people studied. You can be thin because you're dying of cancer.

The new study tried to make up for some of those shortcomings by looking not just at people's BMI and age at death, but at their metabolic status and whether or not they had cardiovascular disease. The findings were published Monday in Annals of Internal Medicine.

The researchers conducted what's called a meta-analysis that evaluated eight previously published studies of 61,386 people. They found that people of any weight who had metabolic abnormalities were more likely to die earlier from all causes. They also were more likely to have cardiovascular disease. And the risk increased as the amount of excess weight increased. And the more risk factors someone had, the higher the likelihood of early death and disease.

People who were obese without having metabolic syndrome also had a higher risk of death, so they weren't protected by being healthier. That's because being obese affects many other things including hormones and growth factors, Kramer says, and not just commonly used measures like blood pressure.

But when the meta-analysis looked at overweight people, it found that those who had normal metabolic profiles had no increased risk of death. Still, Kramer says they're not off the hook.

The overweight people also had slightly elevated metabolic markers. In other words, their blood pressure was on the high end of normal. Over time, Kramer says, their risks will increase, especially if they keep gaining weight. Increased death risks didn't show up until people had been observed for 10 years or more. About one-third of Americans are overweight.

This study has its shortcomings too, of course. The data used didn't reveal people's health behaviors, and didn't track weight changes over time. Clearly this isn't the last word on this contentious topic.

But it is further ammunition for the argument that, as an accompanying editorial wrote, "No level of obesity is healthy."