Accessibility links
Violence In PG-13 Movies Comes With Plenty Of Sex And Booze : Shots - Health News Watching violent movies makes teenagers more aggressive, and that violence is almost always associated with sex, drinking and smoking. Violent characters in PG-13 movies are as likely to indulge in violent activities as those in R-rated flicks. 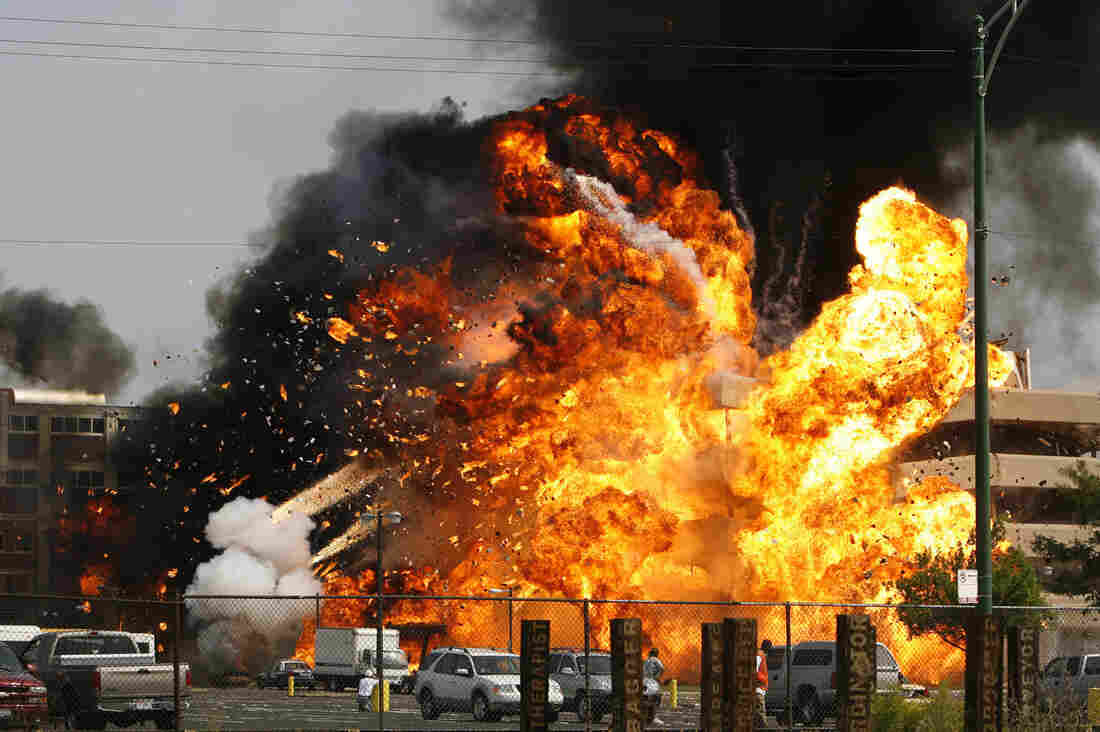 Explosions during the filming of the PG-13 hit The Dark Knight in Chicago in 2007. Nam Y. Huh/AP hide caption 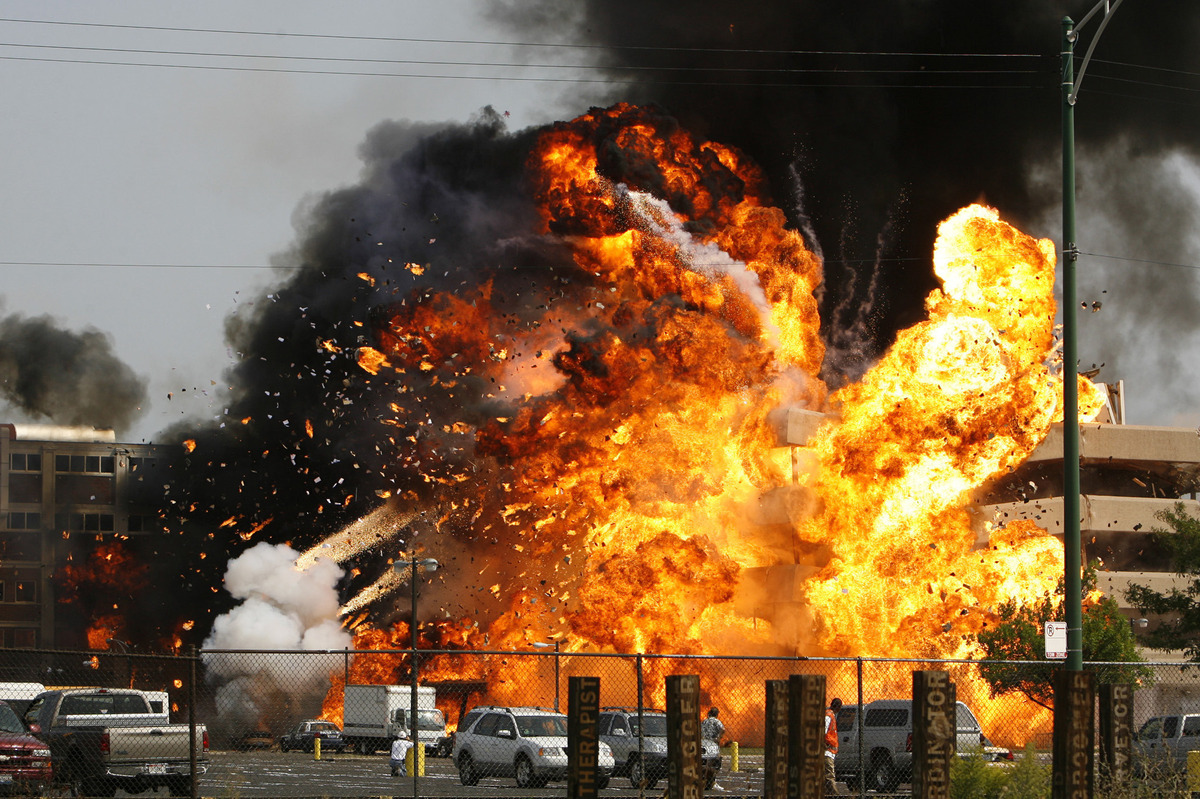 Explosions during the filming of the PG-13 hit The Dark Knight in Chicago in 2007.

If you're looking for good role models for your teenagers, the local cineplex may not be the place to go.

PG-13 movies are awash in violence, and the violence is almost always linked with sex and drinking, according to an analysis of top-grossing movies from 1985 to 2010.

The PG-13 movies, which are supposedly OK for teenagers, had the same amount of violence as R-rated movies.

Violence took up about one-third of the movies, researchers found.

In more than three-quarters, the movies, which included G-, PG-, PG-13 and R-rated films, violent characters also engaged in other risky behaviors, according to researchers at the University of Pennsylvania. They looked through all hit movies from 1985 to 2010, looking for violence, sexual content and use of tobacco or alcohol.

"We're not quite sure of the effect of the clustering of the behaviors on children," says Amy Bleakley, a research scientist at the Annenberg Public Policy Center at the University of Pennsylvania, who led the study. But parents should be aware of that, she says, and also that there's plenty of evidence showing that exposure to movie violence makes teenagers more aggressive.

"There's also a lot of evidence that onscreen smoking is linked to smoking in teens," Bleakley tells Shots.

Sensation-seeking teenagers who are more drawn to novel and intense experience may be more vulnerable to exposure to risky behaviors bundled with violence in movies, she speculates. Her study was published Monday in the journal Pediatrics.

Probably the only good news out of this study is that the amount of cigarette smoking in movies declined since the 1980s, a trend Bleakley says is due to less social acceptance. Alcohol use in movies dropped a bit, but not as much as did smoking.

Her numbers on the pervasive violence in PG-13 movies squares with a study last month led by Brad Bushman of Ohio State University. He found that the level of gun violence rafter 2010, when Bleakely's study ends. They used the same survey data.

When we talked to Bleakley this summer, she had just published a study showing that kids watch TV the way their parents do, regardless of what we tell them. So if you're watching films with grisly violence, your kids probably are, too.

But we couldn't help but notice that this most recent study ignored another key influence on teen behavior — music. "No rock and roll," Bleakley says, laughing. "We left that out."