Accessibility links
To Fight Meningitis Outbreak, Princeton Tries European Vaccine : Shots - Health News The vaccine made by Novartis isn't approved for general use in the United States. But the Food and Drug Administration is allowing it on the Princeton campus. The university is offering the vaccine to students and some other people on campus through Thursday. 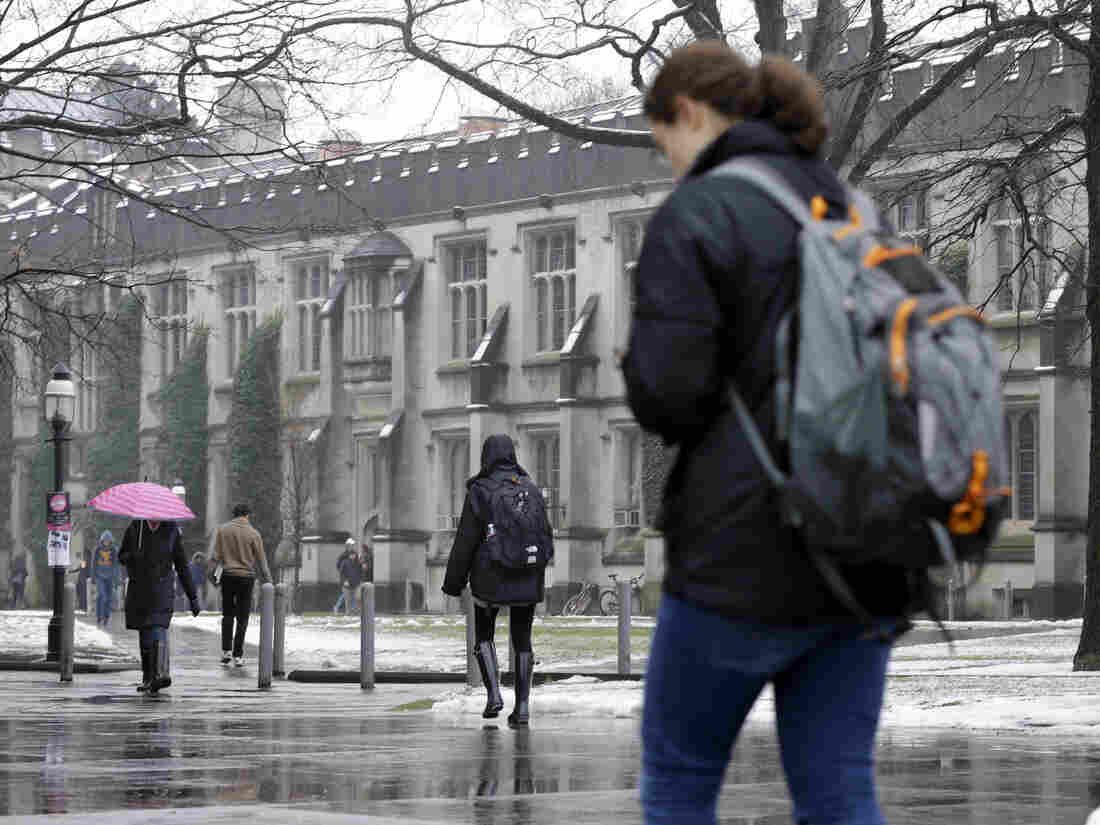 The Ivy League school has begun vaccinating nearly 6,000 students to try to stop an outbreak of type B meningitis in an unusual federal government-endorsed administration of a drug not generally approved for use in the U.S. Mel Evans/AP hide caption 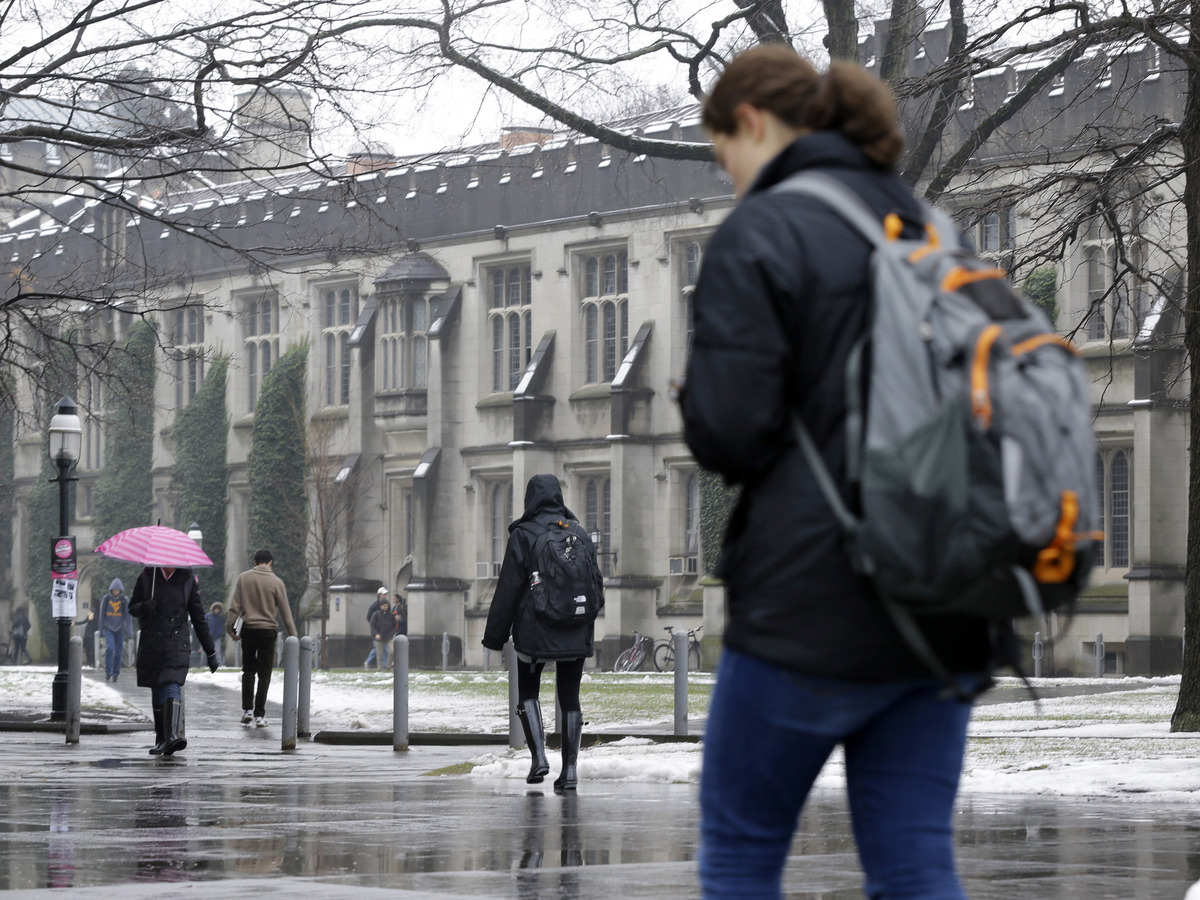 The Ivy League school has begun vaccinating nearly 6,000 students to try to stop an outbreak of type B meningitis in an unusual federal government-endorsed administration of a drug not generally approved for use in the U.S.

Princeton University has started vaccinating students against type B meningitis in an effort to stop an outbreak that's infected at least eight people.

The vaccine isn't approved for general use in the United States, though it is available in Europe, Australia and Canada. But the meningitis strain that hit the New Jersey campus isn't fazed by the vaccines typically used in the U.S. The Food and Drug Administration is allowing a Novartis vaccine that's usually sold in other countries to be administered on the Princeton campus.

How's it going? I called Kai Shibuya, an old friend of mine from high school who is a student at Princeton now. She got the vaccine Monday.

"I think people understand that meningitis is a big deal," she says. And it seems like students are being pretty good about getting immunized.

Bacterial meningitis affects the brain and spinal cord, and it can cause brain damage and in some cases death. As we've reported before, it can be contracted though a kiss or a shared drink. It can also spread within dormitories or other crowded living quarters.

Why College Campuses Get Hit By Meningitis Outbreaks

The university administered nearly 2,000 shots Monday, and Princeton's health service is going to offer the vaccine through Thursday. According to the school's website, the vaccine is available to all undergraduates as well as some grad students and members of the university community with certain medical conditions.

The Centers for Disease Control and Prevention recommends that students get a booster shot in February for maximum protection.

Cases of type B meningitis have also been reported at the University of California in Santa Barbara and Riverside. Many students get a vaccine that protects them against the most common types of bacterial meningitis, but that vaccine doesn't cover type B.

Shibuya says that despite the outbreak, for most students it's been pretty much business as usual. "I don't think it has really stopped parties," she says. "But I think people have been more careful about not sharing drinks."

Princeton has been dealing with this outbreak for nine months now, and it seems like students have come to accept the status quo. "People call it the 'menge' now," Shibuya says. One of her classmates has even made a playlist about the whole ordeal. In honor of the vaccine, it features Pat Benatar's "Hit Me With Your Best Shot."