Accessibility links
Enrollment Jumps At HealthCare.gov, Though Totals Still Lag : Shots - Health News As of Nov. 30, more than 137,000 people had obtained health insurance through the federal website. Another 227,000 got coverage through the state exchanges. Users have until Dec. 23 to sign up if they want the health insurance coverage to start Jan. 1. 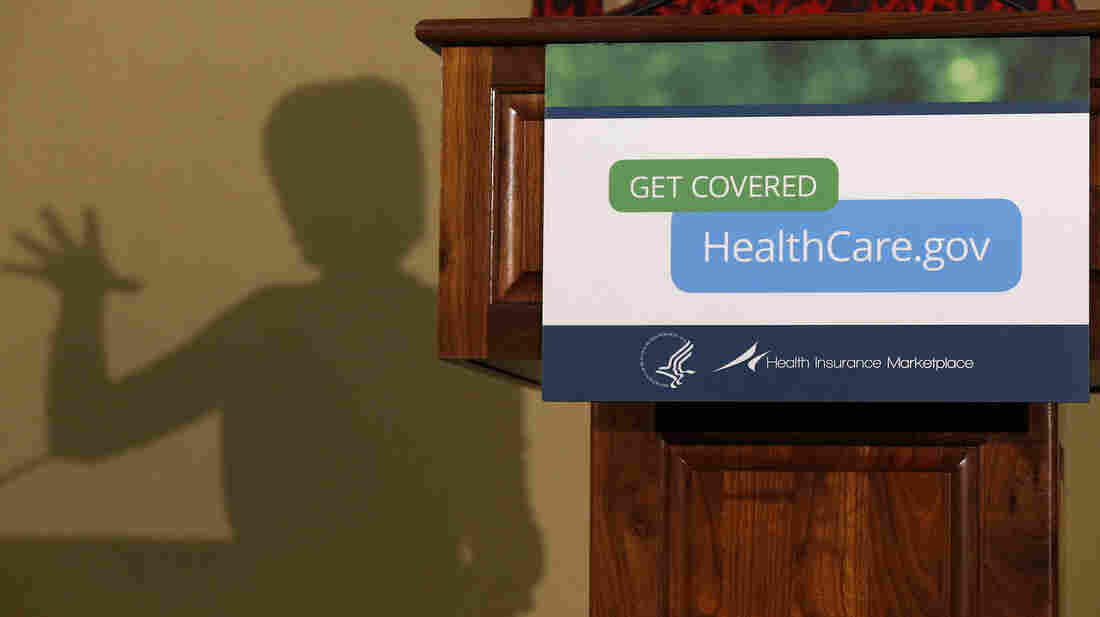 Health and Human Services Secretary Kathleen Sebelius' shadow appeared behind the lectern as she spoke about the implementation of the federal health law in Detroit in November. Paul Sancya/AP hide caption 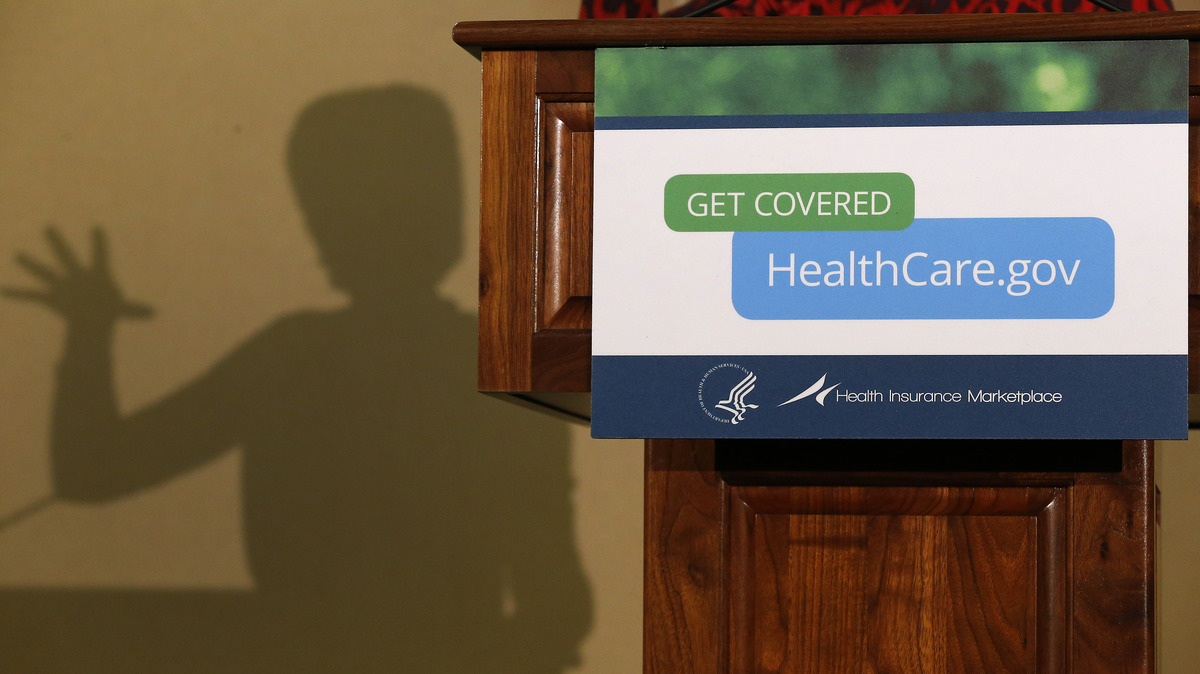 Health and Human Services Secretary Kathleen Sebelius' shadow appeared behind the lectern as she spoke about the implementation of the federal health law in Detroit in November.

Enrollment in the federal government's new health insurance exchange picked up sharply in November, but the number of people signing up for coverage still trails original forecasts. Officials from the Obama administration say they expect the pace of enrollments will continue to increase now that the insurance website is working more smoothly.

Users have until Dec. 23 to sign up for coverage that begins in January.

As of Nov. 30, more than 137,000 people had obtained health insurance through the federal website, which serves consumers in 36 states. Another 227,000 got coverage through exchanges run by the other 14 states and the District of Columbia. The numbers suggest a fourfold increase in November enrollments on the federal website compared with October, when the site was barely functioning. The pace of enrollment on the state sites roughly doubled.

Traffic on the insurance exchanges has continued to grow after technical fixes were made to the website during the month of November. In the first two days of this week, more than 800,000 people visited the federal website.

"The HealthCare.gov website is night and day from where it was on Oct. 1," says Michael Hash, who directs the Office of Health Reform at the Department of Health and Human Services. "The majority of users are now able to move smoothly through the application process, and it's now easier than ever to shop for and compare plans and to enroll in coverage."

The early technical problems have taken a toll, though. The administration originally hoped to have 500,000 people enrolling in coverage in October alone. As it is, there were only about 365,000 enrolled by the end of November.

What's more, there are continuing problems with the website's "back end," which is supposed to share enrollment information with insurance companies. As recently as last week, 1 in 10 enrollment notices contained an error.

Despite those problems, Hash says the administration is "on track" to meet its target of signing up 7 million insurance customers by the end of March, when the enrollment period ends.

Health and Human Services Secretary Kathleen Sebelius is sure to be asked about the enrollment challenges when she testifies Wednesday before a House subcommittee.