Accessibility links
Global Malaria Deaths Hit A New Low : Shots - Health News The billions of dollars spent by governments and foundations to fight malaria are starting to pay off. The death rate from the mosquito-borne disease has dropped by 45 percent worldwide since 2012. Malaria kills more than 600,000 people each year. 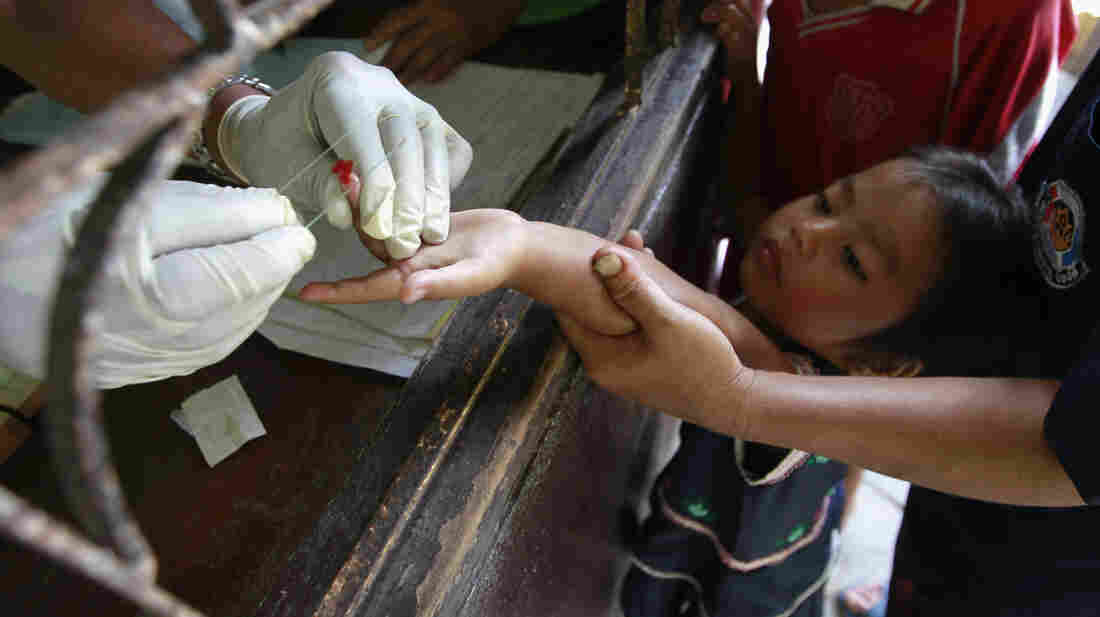 Children get tested for malaria at a clinic near the Myanmar border in Sai Yoke, Thailand. Drug-resistant strains of the parasite have appeared in the region over the past few years. Surkree Sukplang/Reuters /Landov hide caption 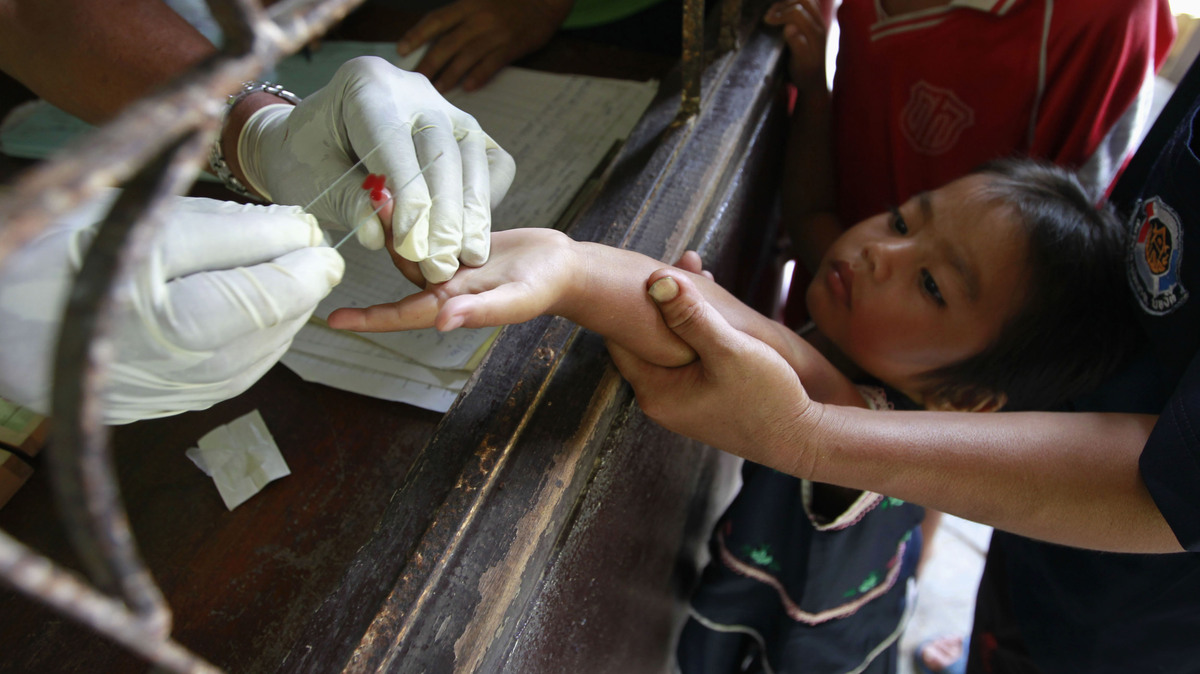 Children get tested for malaria at a clinic near the Myanmar border in Sai Yoke, Thailand. Drug-resistant strains of the parasite have appeared in the region over the past few years.

The death rate from malaria dropped by 45 percent globally between 2000 and 2012, the World Health Organization reported Wednesday. In Africa, the rate fell by almost half.

Despite this progress, the mosquito-borne disease remains a serious problem in the developing world, said Dr. Robert Newman, who heads WHO's global malaria program. There were more than 200 million cases of malaria in 2012, and the disease killed an estimated 627,000 people last year.

"The burden is not equally distributed," Newman told reporters at a briefing in Washington Wednesday. Seventeen countries in the world account for 80 percent of the malaria deaths, he said. Sixteen of those countries are in Africa. The other country in that group is India.

Herbs And Empires: A Brief, Animated History Of Malaria Drugs

Nevertheless, Newman calls the 45 percent reduction in malaria deaths a huge turnaround. "That's pretty astonishing for a disease that had been neglected and abandoned," he said. "People had decided that [malaria] is just something you have to live with in Africa, in Asia, in the Americas."

The other good news in WHO's report is that, compared with 12 years ago, more kids in Africa are sleeping under insecticide-treated bed nets and more people have access to malaria drugs that actually work. Plus, rapid diagnostic tests are now widely available in most low-income countries.

The billions of dollars spent by governments and foundations over the last decade to fight malaria are paying off, Newman says.

Still though, challenges from malaria remain huge. Resistance to some of the most effective malaria drugs has started to develop in Southeast Asia. Efforts to produce an effective vaccine, so far, haven't panned out.

And malaria isn't just a just a deadly disease in Africa, said Joy Phumaphi, the former health minister of Botswana. It's also a tremendous economic burden on the continent.

"Once a child presents with a fever, a mother has to take care of that child," Phumaphi told Shots. "The mothers are the main breadwinners in rural communities." They plow the fields, and they go and sell produce in the markets, she says.

"As soon as the child becomes sick, the mother cannot do that anymore," Phumaphi said. "So her income shrinks. And she has to take the limited money that she was going to spend on food or educating her children to now go and buy medicines."