Accessibility links
High Insurance Rates Anger Some Ski-Country Coloradans : Shots - Health News Gas, groceries and rents are all pricier in Summit and Eagle counties than in Denver, just a hundred miles away. Health insurance costs a lot more in these mountain communities, too, and some folks are crying foul. Their congressman — a Democrat — is asking the feds for relief. 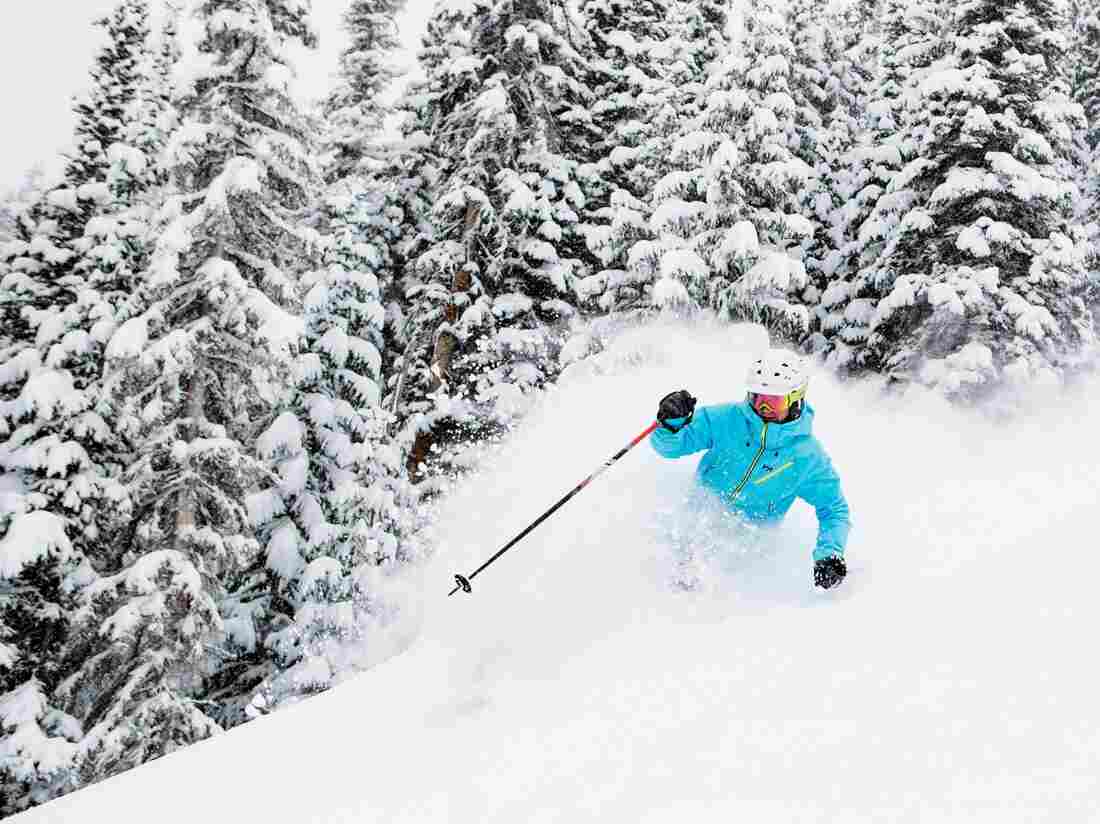 Some of the biggest ski resorts anywhere lie in U.S. Rep. Jared Polis' Colorado district, dotting the peaks of Summit and Eagle counties, about a hundred miles west of Denver. The area has a high rate of uninsured people and also, it turns out, health plans that are much more expensive than similar plans in surrounding regions. So expensive that Polis, a Democrat, has asked the federal government to exempt some of his constituents from the requirement to buy health insurance.

"The way the pricing came in under the Affordable Care Act ... was anything but affordable in Summit and Eagle counties," Polis says. "Upwards of $500 to $600 a month, minimum. Whereas in other parts of my district — like Fort Collins and the Boulder area — the pricing is really good. You [can] get a very strong, good insurance program for $300 to $350 a month."

"I've been very pleasantly surprised to see that in some cases they're able to get a lower-cost plan than people with the same demographic information in Denver," she says.

The health plan prices Salazar is talking about include subsidies that can lower costs for people making below a certain income. Couples, for instance, can get a subsidy if they make less than about $62,000 a year. But Salazar's argument didn't impress people at a recent public meeting she held in Summit County.

The median rent in Summit County is 24 percent higher than in Denver. Gas and groceries are more expensive in Summit, and so is health care. Commissioner Salazar says that's why she approved higher insurance rates here.

"So what you're saying is we're screwed, and there's nothing you can or will do to prevent that," a woman said to Salazar at the public meeting.

People in the mountain communities are upset because insurance rates across the county line are dramatically lower. They want to be added into a so-called rating area with the regions paying lower rates.

Ben Price, with the Colorado Association of Health Plans, says insurers have to be able to charge people who live in different regions different prices.

If they can't, he says, "you're asking that [lower cost] county to subsidize all the folks that live in the county that was more expensive."

Price says insurers pay up to 45 percent more per person for medical care in the mountains versus in Denver. To give people in high-cost counties a discount, insurers would have to make up their loss by charging people in low-cost counties more, which wouldn't be fair.

"This isn't driven by the insurance industry," Price says. "These [different rates] are driven by factual numbers about the cost of health care."

Insurance companies have long charged people living in different places different prices for similar policies. And there have been pretty dramatic differences in what people pay from one side of any given state to another, says Timothy McBride, an economist at Washington University in St. Louis.

Before the Affordable Care Act, McBride says, insurers were allowed to vary their prices according to a long list of criteria — including an applicant's overall health, for example, or whether the person had a pre-existing condition. Now, they can only vary what they charge according to a person's age, whether they smoke and where they live.

Now, after the passage of the Affordable Care Act, McBride says, "in most parts of the country, that variation across geographic area is probably better."

But not in Colorado. Arguably, price variation across the state hasn't gotten worse under Obamacare. But more people are noticing price differences now, since the law requires them to buy a minimum level of health coverage, and old, low-cost, bare-bones plans are no longer allowed.

Rep. Polis is working with Commissioner Salazar to bring down the high insurance rates in the mountains. They're optimistic it will happen next year. But people in the industry say they expect rates to be volatile for at least a couple of years — until insurance companies get a handle on exactly how the Affordable Care Act is changing their business.

This story is part of a reporting partnership with NPR and Kaiser Health News.