Accessibility links
Tagging Along On A Wisconsin Man's Odyssey To Buy Insurance : Shots - Health News The Obama administration says the HealthCare.gov experience is getting better, but what's it really like? We asked Doug Normington of Madison, Wis., to let us peek over his shoulder as he tries to buy health insurance through the federal exchange. After many tries, success. 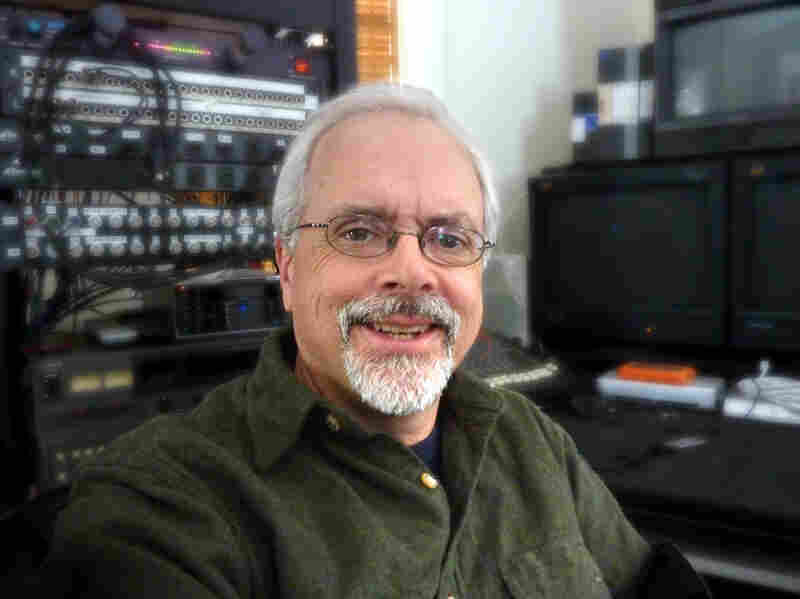 Enrollment is picking up in new health insurance marketplaces. But the 365,000 who've signed up as of November 30 is a fraction of just one high-visibility group – those whose previous insurance has been cancelled because it didn't meet Affordable Care Act standards.

They're people like Doug Normington, a 58-year-old self-employed videographer in Madison, Wis., who has struggled to buy new insurance since late October.

"Getting the cancellation letter made me feel kind of nervous because my insurance runs out on December 31," Normington said when I first talk to him on November 1. "I go on the HealthCare.gov website and spin my wheels for a couple of days and it's just not working."

Since Normington has diabetes, maintaining coverage is especially important to him.

But like millions of others, Normington ran into a dead end again and again on the federal exchange website. He agreed to let me follow along with his attempts over the phone.

The same thing has been happening to him for weeks. So he calls the 800 number on the HealthCare.gov site and gets a woman who says he should make sure he's installed the latest version of Adobe Reader and is using Google Chrome.

He thinks he already has the right software. But he reinstalls it. "Everything they suggested last time, I've done," he says, "and I can't get any farther than I did last time. This is not changing. We're just stuck here."

I suggest maybe it's time to see if his issue can be kicked up to a higher level of diagnosis. "I want to talk to Obama," Normington says ruefully. "I think he's the keeper of the key."

But he has to settle for another telephone support person. He's momentarily encouraged when the phone rep calls up Normington's application and runs into the same wall. "That tells me there's an issue on their end," Normington says. "So the fix is on their end. Hopefully."

Normington asks the phone rep if his problem is unique. "So this error that you're seeing concerning the results of my application – is that happening to everybody? Or is it just happening to me?"

But before he gets a response we hear a series of beeps. "OK, I just lost contact with him."

The next day, the problem's still not fixed. Meanwhile, Normington pokes around and discovers that a change in his Adobe Reader settings allows him to see the elusive eligibility results file. It says he's not eligible for a tax credit, which seems unlikely, since his most recent annual income is less than $30,000.

"It says more information is needed, but they don't say what information they need or how to provide them with it," Normington says. "Which leaves the only option – to call them."

He decides to try his luck at 5:30 AM when the phone traffic is lighter. He's still put on hold for 10 minutes. Eventually he's told his problem is being referred to the Advanced Resolution Center. It's the first time he's heard of that. "So you're able to put me in a queue now to have the Advanced Resolution people give me a call back?" Normington says. "Wow!"

He should expect a call within two to five days, he's told. He gives the phone rep his cell phone number. "The person I was speaking to doesn't really know what the Advanced Resolution Center is going to ask me, but it would probably be good to have my last year's tax forms with me," Normington says. "So if I'm at the grocery store, I'll have my 2012 return with me."

The call never comes. But finally, after about a dozen tries, Normington has a breakthrough on December 5. "I went in today and magically the issue has resolved itself and I can look at my various choices and know that I have a tax credit," he exults.

Normington finds a plan that will cost him $300 a month with a $1,500 deductible – and dental coverage. He's been paying twice that in premiums, with three times the deductible and no dental.

"I feel all this relief. It's great!" he says. But he still hasn't actually enrolled. "So let me click the enroll button, see what happens."

He clicks the button and gets a screen asking him to "confirm your health plan selection." He hits that button.

"The wheel is spinning," he says. "And 'Congratulations, you have successfully completed all steps of your application. See below for next steps or return to my account.' "

But after all he's been hearing on the news, Normington doesn't quite believe his application really got to Unity Insurance, his new carrier. So last Friday, he calls them to ask. A person named Steve tells him it will take a couple of days before his application gets into Unity's data base. So he should check back.

This week he tries again — and has success. The Unity Insurance woman finds his application and tells him he'll get a welcome packet with payment instructions in plenty of time to meet the December 23 deadline for coverage beginning in 2014.

"This is great!" Normington says. "The ironic twist is that this insurance company is a company that turned me down a year ago because I was diabetic. They can't now."

Normington says he sympathizes with the many other people "now in this same kind of anxious mode because they've been cancelled." But since the balky HealthCare.gov system and state websites seem to be working better now, "there should be a ton of people signing up."

They need to move fast. The deadline for enrollment for January 1 coverage is December 23.