Accessibility links
Novice Neurosurgeons Train On Brains Printed In 3-D : Shots - Health News Universities and hospitals are training residents by having them practice on realistic replicas of actual patients' brains. The high-tech stand-ins allow the students to learn by making mistakes, something they're not able to do when real patients are involved. 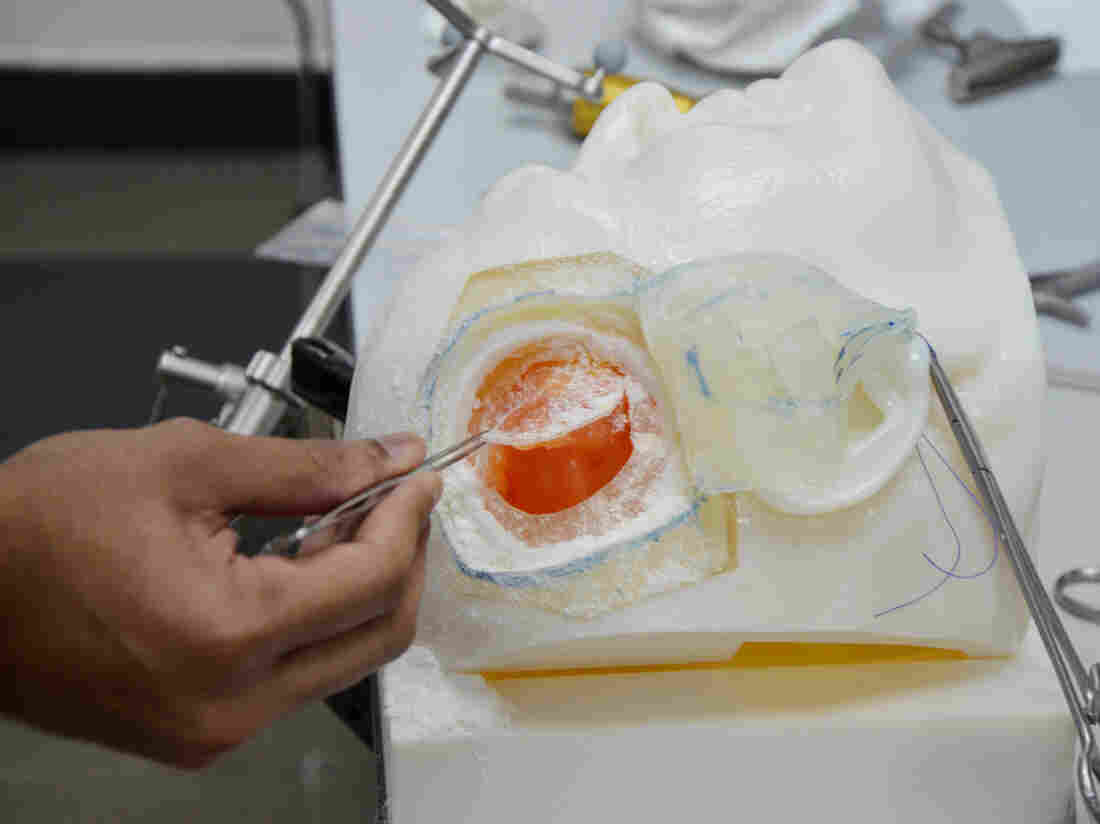 A simulated patient at the University of Malaya makes use of different materials to mimic the look and feel of human tissue. /Courtesy of Vicknes Waran hide caption 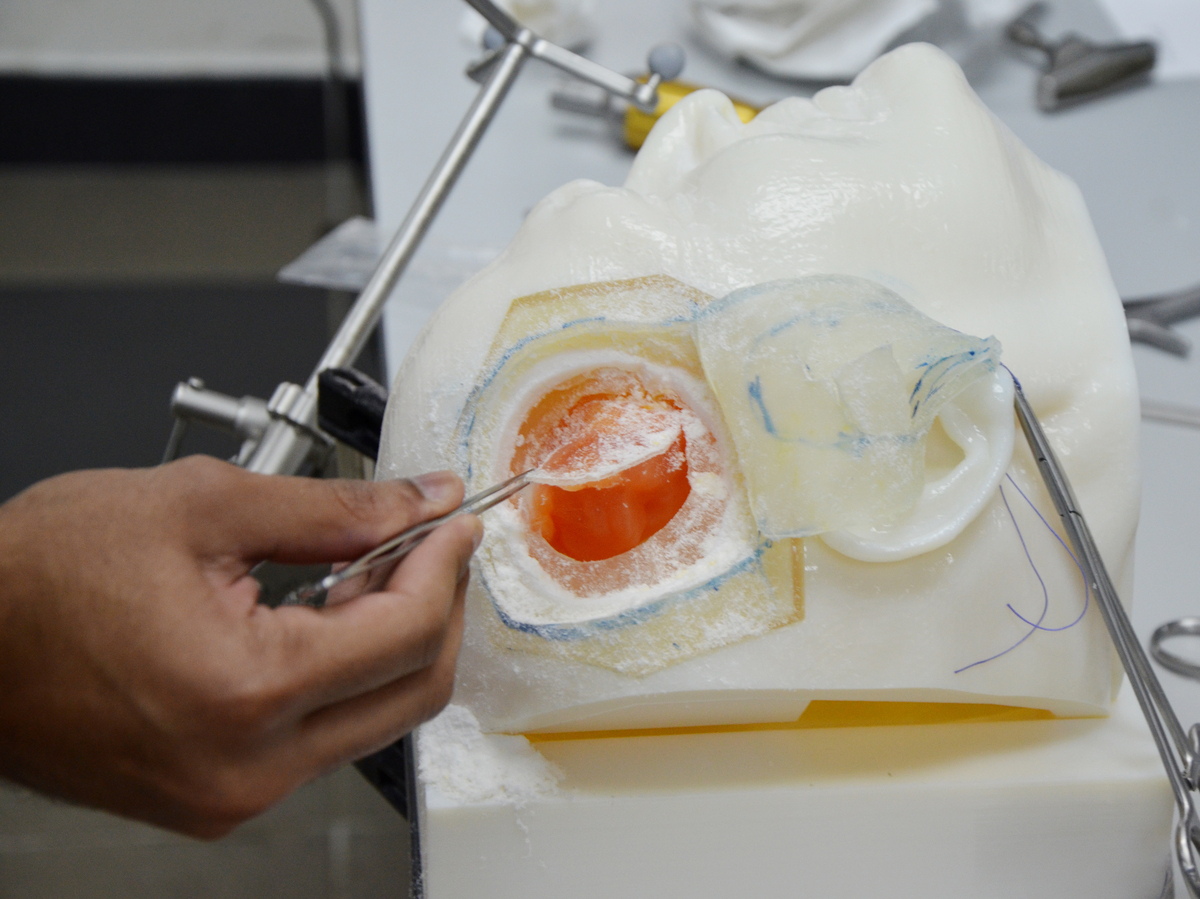 A simulated patient at the University of Malaya makes use of different materials to mimic the look and feel of human tissue.

There's no such thing as too much practice when it comes to brain surgery.

But it's hard for beginner neurosurgeons to get real hands-on experience. Most residents learn by watching and assisting experienced surgeons.

Newbies can practice on cadavers or use simulators, of course. But neither of those alternatives is quite the same as operating on a real, live patient, for better and for worse.

That's why 3-D printers might help the doctors do a better job. At the University of Malaya in Malaysia, neurosurgeons are using 3-D printers to make realistic skulls and brains that residents can use to hone their skills.

The models combine different materials to mimic the feel of human bone, membrane and tissue. Each practice patient is made to order from the scans of an actual patient, so students can try the same procedures they see senior surgeons perform.

Dr. Vicknes Waran, one of the neurosurgeons working on the project, says he prefers these 3-D models over cadavers for teaching.

"In some parts of the world, it's difficult to get cadavers," Waran tells Shots. Plus it's hard to find a cadaver with the types of tumors and illnesses that the residents are being trained to treat. The best part, Waran says, is that students can practice on the models as many times as they need to in order to completely master a technique.

Once an institution invests in a 3-D printer, Waran says these anatomical models are fairly cheap to make. The face and head cost around $2,000, but those parts are reusable. Each 3-D brain costs $600 to print and is usually only used once.

Surgeons at the University of Florida demonstrate how their simulated models work.

The visual simulator is kind of like fluoroscopy, the cinematic X-ray technique that surgeons often use in surgery. The surgeons included the visual component to help students get accustomed to using imaging technology in the operating room.

"We built into [the models] all the tools that you would normally have in an operating room," says Frank Bova, a medical physicist who specializes in computer-guided neurosurgery at the University of Florida.

Lately, many medical institutions are starting to rethink how they train residents, Bova tells Shots. In most fields, people learn by making mistakes, Bova says, but "that's not an acceptable learning paradigm when you're actually dealing with patients." The best part about these 3-D printed models is that they allow trainees to make mistakes without fatal consequences, he says.

Even experienced surgeons can benefit from the 3-D models. In both Florida and Malaysia, some surgeons are using them to do practice runs before trying especially complicated procedures.

Of course, the models are made of synthetic materials, and they're not exactly like the real thing. But Waran says they're close. And he expects they'll become more realistic as 3-D printing technology improves. At his lab, he says the next step is to develop a model that can actually bleed.