Accessibility links
Promises To Fix Mental Health System Still Unfulfilled : Shots - Health News Even for those with the will and drive to pursue treatment, the process remains difficult, frightening and full of holes. Mental health advocates say little has come, on the federal level, from the task forces and promises that followed the Newtown shootings. 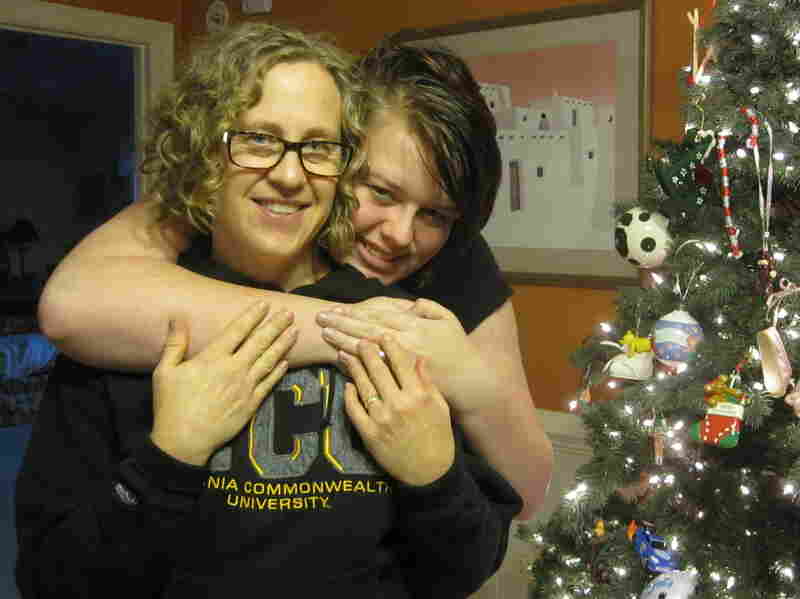 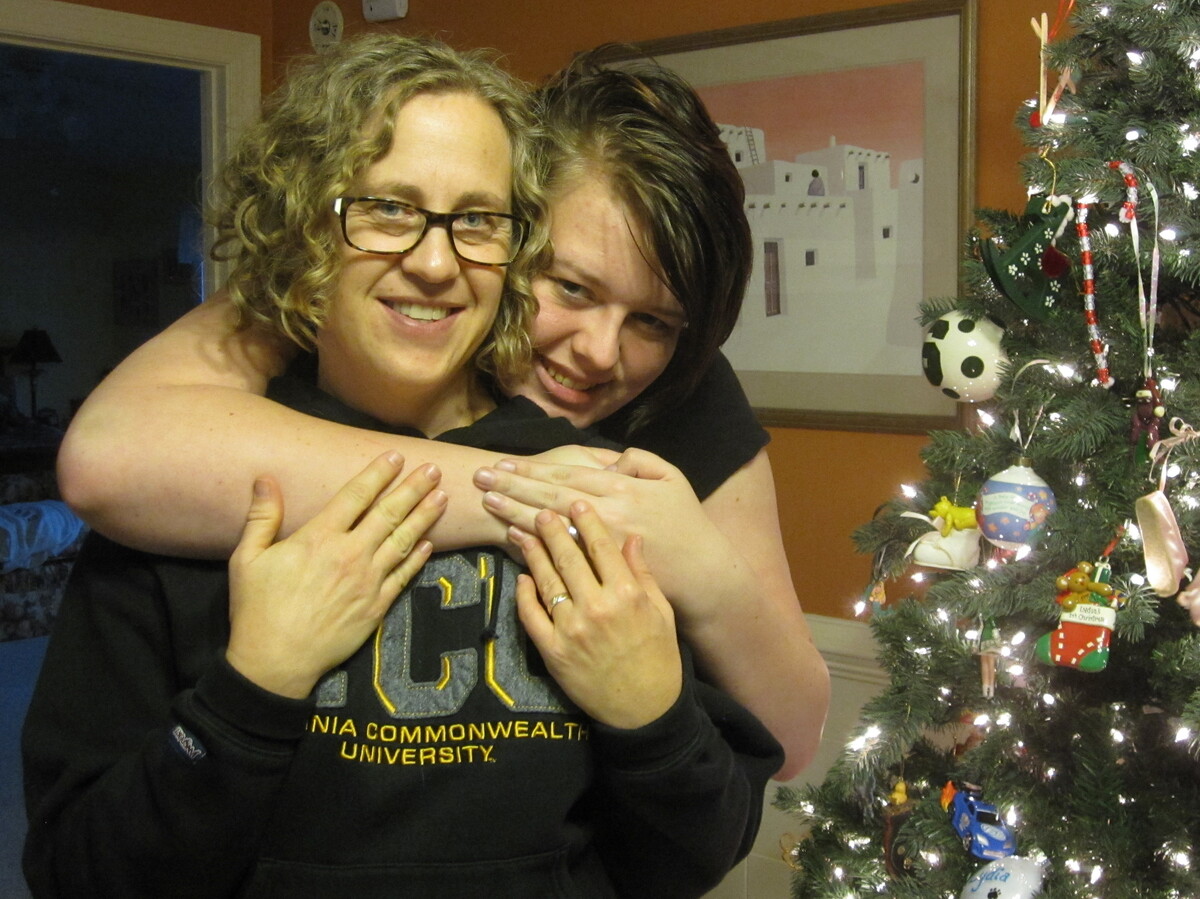 The shooting at Sandy Hook Elementary School in Newtown, Conn., one year ago sparked a national conversation about the country's troubled mental health system. Politicians convened task forces and promised additional funding and new laws. But today, despite those promises, patients and advocates say treatment for mental health is still in shambles.

Rheanna Kathleen Morris, 18, was diagnosed with bipolar II disorder at the end of her sophomore year of high school, and has spent the past two years in and out of psychiatric units and residential treatment facilities near her home in the suburbs of Richmond, Va.

Her mother, Peggy Sinclair-Morris, is a former special education teacher with a network of contacts. But even for this family with the know-how to work the system, helping Rheanna get treatment has been a constant challenge.

"It's scary. It's very fragmented," says Sinclair-Morris. "There's not a one-stop shop. You have to call people. You have to network. You have to find someone who might have had [an] experience similar to yours. "

From the family's perspective, not much has changed in the year since the shooting at Sandy Hook; recent events in Virginia seem to support that conclusion. Just last month, state Sen. Creigh Deeds' 24-year-old son stabbed his father several times before killing himself. Austin Deeds had struggled with serious mental health problems; he was denied a bed in a psychiatric facility the day before his death.

The rate of violent crimes among the mentally ill is very low, but Rheanna Morris says the story hit home anyway.

"I almost cried, actually," she says. "I was reading about it in a newspaper, and I thought, 'What if that had been me?'

"I know I would never hurt my family," Rheanna says, "but if it had been me you wouldn't hear about it all over the news, you know. Nothing would have happened."

The last time Rheanna was hospitalized, she waited in the emergency room for eight hours before a bed was found in a psychiatric ward. Both Rheanna and her mother worry that next time, they might not be as lucky.

After the Sandy Hook shootings, Virginia officials talked about the state's mental health system, and ended up boosting funding by about 5 percent. A similar conversation took place in state legislatures across the country.

In 2013, a total of 36 states increased funding for mental health. But Sita Diehl, director of state policy and advocacy at the National Alliance on Mental Illness, says that was a drop in the bucket after four years of steep cuts during a recession that brought the system to the brink of collapse.

"After these sorts of shootings, there's a lot of talk, and a lot of policymakers saying we need to do something about the mental health system," Diehl says. "But then, when push comes to shove and the budget debates occur, mental health seems to lose out."

Most of the additional funding in 2013 came through state bills that were already being considered before the Newtown shootings, Diehl adds. The events there just gave legislators the push they needed to pass the bills. Still, she says, that's a lot more than was done by federal legislators.

Despite all the dialogue and consternation, Congress didn't pass mental health legislation following Sandy Hook. Instead, it tied possible changes to a gun control bill that never passed the Senate. Several other bills are still in the works.

On the other hand, Diehl says the Obama administration did quite well by recently publishing the long overdue set of mental health parity rules. The administration has also been pushing states to expand Medicaid under the Affordable Care Act, which would infuse new money into the system. So far, Virginia has declined the expansion.

But overall, Diehl says, the national response to Sandy Hook was disappointing. That hasn't come as a shock to Virginians, says Mira Signer, who runs the Virginia chapter of the National Alliance on Mental Illness. In 2007, the state was the site of the deadliest mass shooting in U.S. history on the campus of Virginia Tech. The attack left 33 people dead at the hands of a man with a serious mental illness.

During the legislative session immediately following the shooting, elected officials in Virginia added $42 million in new mental health funding. But then the recession hit, and they cut about $38 million from mental health. "So we were kind of back to square one," says Signer.

Then this week, following the Creigh Deeds tragedy, Republican Gov. Robert McDonnell pledged to add $38 million back in the system. Signer says this sort of roller coaster in the way mental health services are funded is typical. But it's no way to run a system, she says, because in the end, little changes.

"I can look at reports and studies that were done ... 10, 15 or 20 years ago, and I'm looking at the recommendations, and they're still true today," Signer says. "You just have to slap another date on it — because they all say the same thing."