Accessibility links
Before The Prescription, Ask About Your Doctor's Finances : Shots - Health News At the dawn of managed care, worried patients wanted to know whether their doctors were getting paid more to do less. Now, as many doctors' salaries depend on how many procedures they perform, patients want to know whether their doctors are paid more to do more. 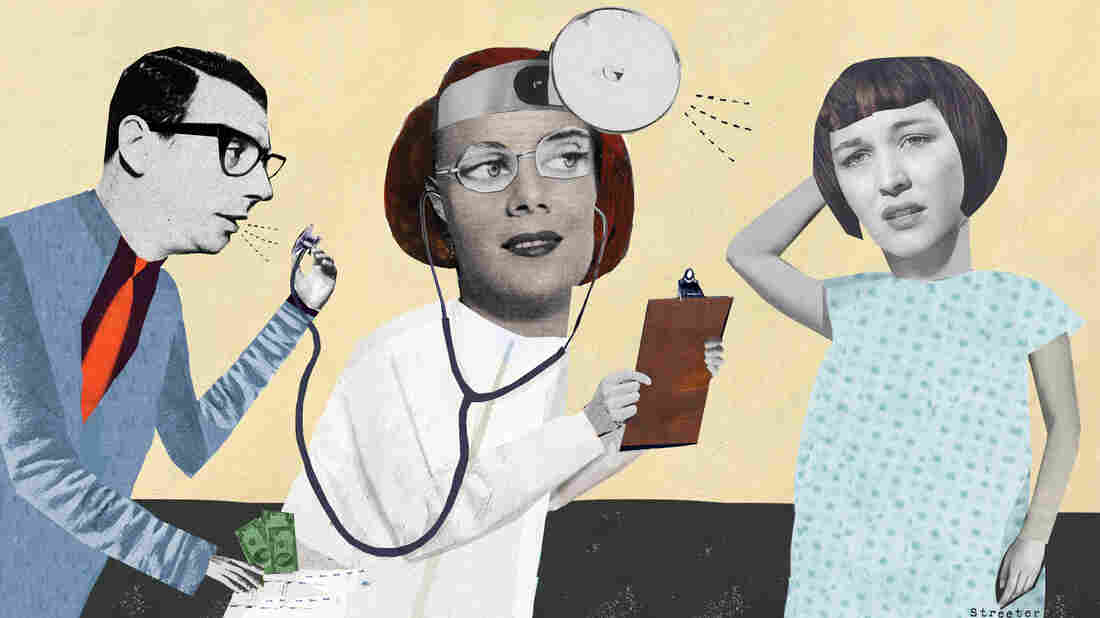 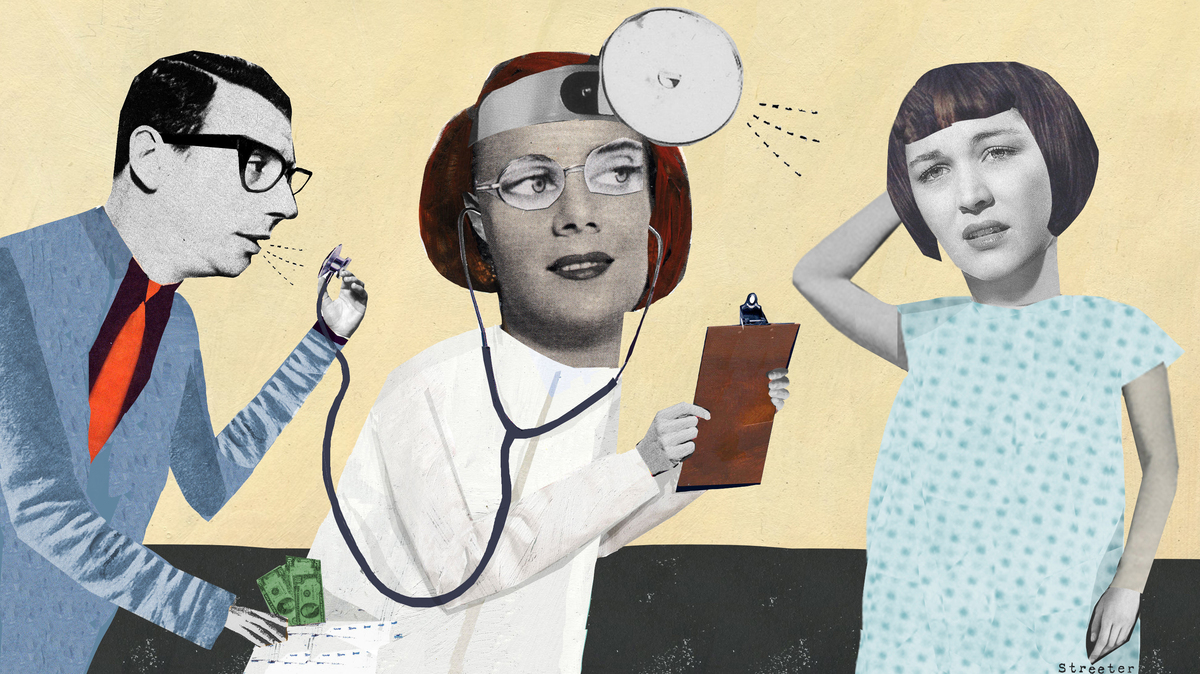 Last month, the American Heart Association and the American College of Cardiology issued new guidelines that could double the number of people taking cholesterol-lowering drugs.

The organizations receive financial support from drug companies, and many of the experts who worked on the guidelines have industry ties.

The groups' response to ethical concerns raised about the advice is, in large measure, that a final decision about what you should do to manage your health is between you and your doctor.

Unfortunately, doctors have biases, too. A 2007 study in The New England Journal of Medicine found that the vast majority of doctors have some kind of relationship with with a pharmaceutical or medical-device company. Most of the time, the ties involved free food or drug samples. Dozens of studies have demonstrated that even innocuous-seeming inducements like these can influence doctors' prescription practices.

While doctors are required to disclose potential financial conflicts to each other at scientific conferences, they don't have to disclose them to their patients.

As a result, 4 in 5 patients say they are unaware of their doctors' financial incentives. Those who do know often find out inadvertently.

When my mother discovered that her oncologist was being paid tens of thousands of dollars to speak about a cancer drug — the same one that he had put her on — she became upset, confused and scared. Every time he recommended a medication or a procedure, she wondered whether he was picking a treatment because it was right for her, or because he got paid to do it.

Informed consent isn't complete without doctors' disclosure of how their personal incentives align with their recommendations.

Over the last two years, I have traveled to more than 50 cities and spoken with more than 200 groups of people about what they want from their health care. Two consistent themes emerged. First, people view the relationship with their doctor as the most fundamental part of medical care. Second, people want to make an informed choice when selecting their doctor.

An Australian study found that most people expressed strong interest in understanding doctors' financial incentives, and more than 80 percent said that they would have more confidence in their doctor's decisions if they were aware of potential competing interests.

In the debates surrounding the Affordable Care Act, everyone seems to agree that trust and choice are paramount. After all, illness is a time of extreme vulnerability. It takes enormous trust to confide in someone; then, to trust their recommendations, you need to be sure that this person has your best interests at heart. Transparency about compensation is a small, but critical step, towards establishing that trust.

Although there have been some efforts by hospitals to encourage transparency, the Association of American Medical Colleges estimates that less than 1 percent of all academic medical centers have an official policy on disclosing physicians' conflicts to patients.

ProPublica maintains a Dollars for Docs database that consumers can consult. And the Affordable Care Act includes a provision that would publicize payments by drug company to doctors by late 2014. But neither of these addresses other potential conflicts, such as the payments doctors receive for particular procedures.

A few doctors, and I'm one of them, are beginning to post information about how we earn our money on a public website and to discuss the financial issues with our patients.

We voluntarily disclose potential conflicts and incentives, explain how we are paid, and describe our philosophy of practice regarding other issues, including preventive health, shared decision-making, and end-of-life choices. We believe this can help our patients understand who we are and how this may affect their care.

Other doctors have questioned whether this quest for transparency would undermine the doctor-patient relationship. Yet, research has shown that transparency leads to openness, improved relationships and increased trust. One study found that a single letter sent by regular mail that explained physician compensation enhanced patient loyalty; several have demonstrated that openness improved patient-physician communication and patient adherence to treatment recommendations.

There are other critics who say that patients won't know what to do with information on financial disclosures. This paternalistic view of medicine needs to become a relic of the past. It should be up to patients to decide what is relevant to them when choosing a doctor and whether to follow that doctor's recommendation.

To be sure, the business of health care is complex and evolving. Every doctor needs to decide for himself or herself how to explain financial compensation to patients, and how this ties into other important measures, including cost, access and quality.

Patients, too, need to ask their doctors—not just about what new guidelines mean, but what may be affecting their doctors' interpretation of them. Talks like those are difficult, but all the debate about changes to the health care system is incomplete without financial transparency for those who deliver medical care.

Dr. Wen is an attending physician and director of patient-centered care research in the Department of Emergency Medicine at George Washington University. She is the author of "When Doctors Don't Listen: How to Avoid Misdiagnoses and Unnecessary Care," and founder of Who's My Doctor, a project to encourage transparency in medicine.