Accessibility links
Concussion Research Slowed By Shortage Of Donated Brains : Shots - Health News A chronic brain disease afflicts former pro football players, boxers and others who suffer repeated brain injuries. Doctors now can only diagnose it with certainty after someone dies. But researchers are working on tests that could work while people are alive. 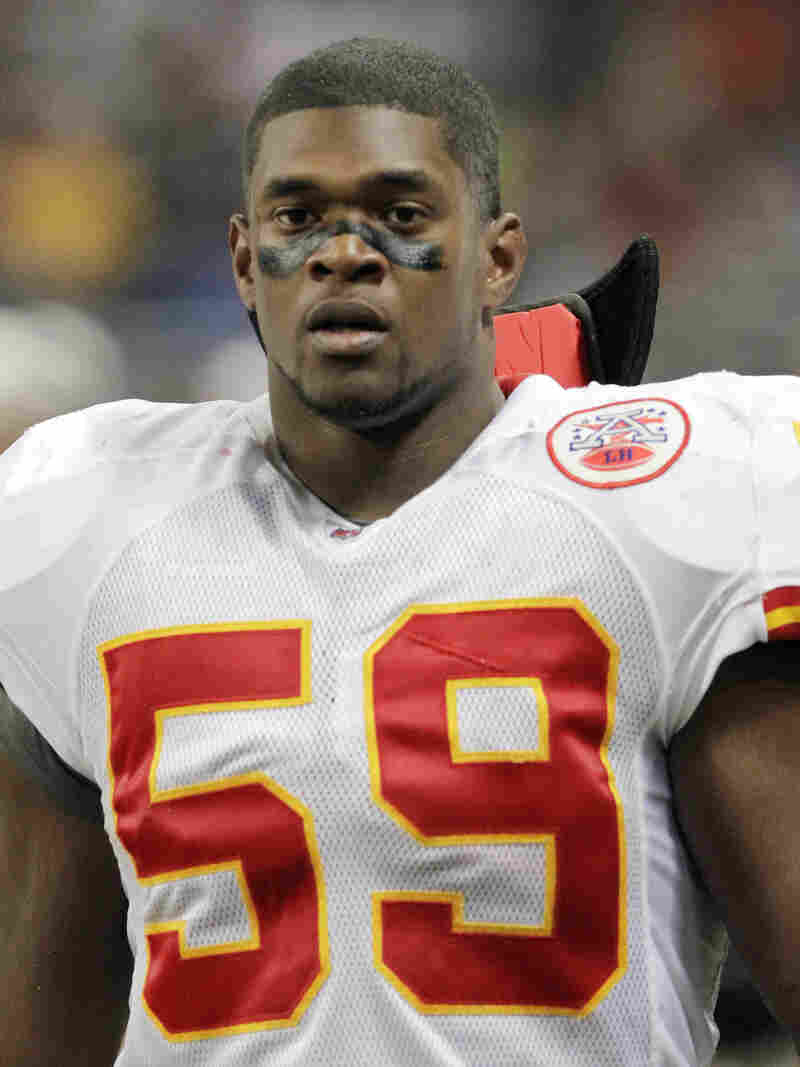 Kansas City Chiefs linebacker Jovan Belcher's body has been exhumed more than a year after he killed his girlfriend and himself so that his brain can be examined for signs of a degenerative condition linked to repeated concussions. Seth Perlman/AP hide caption 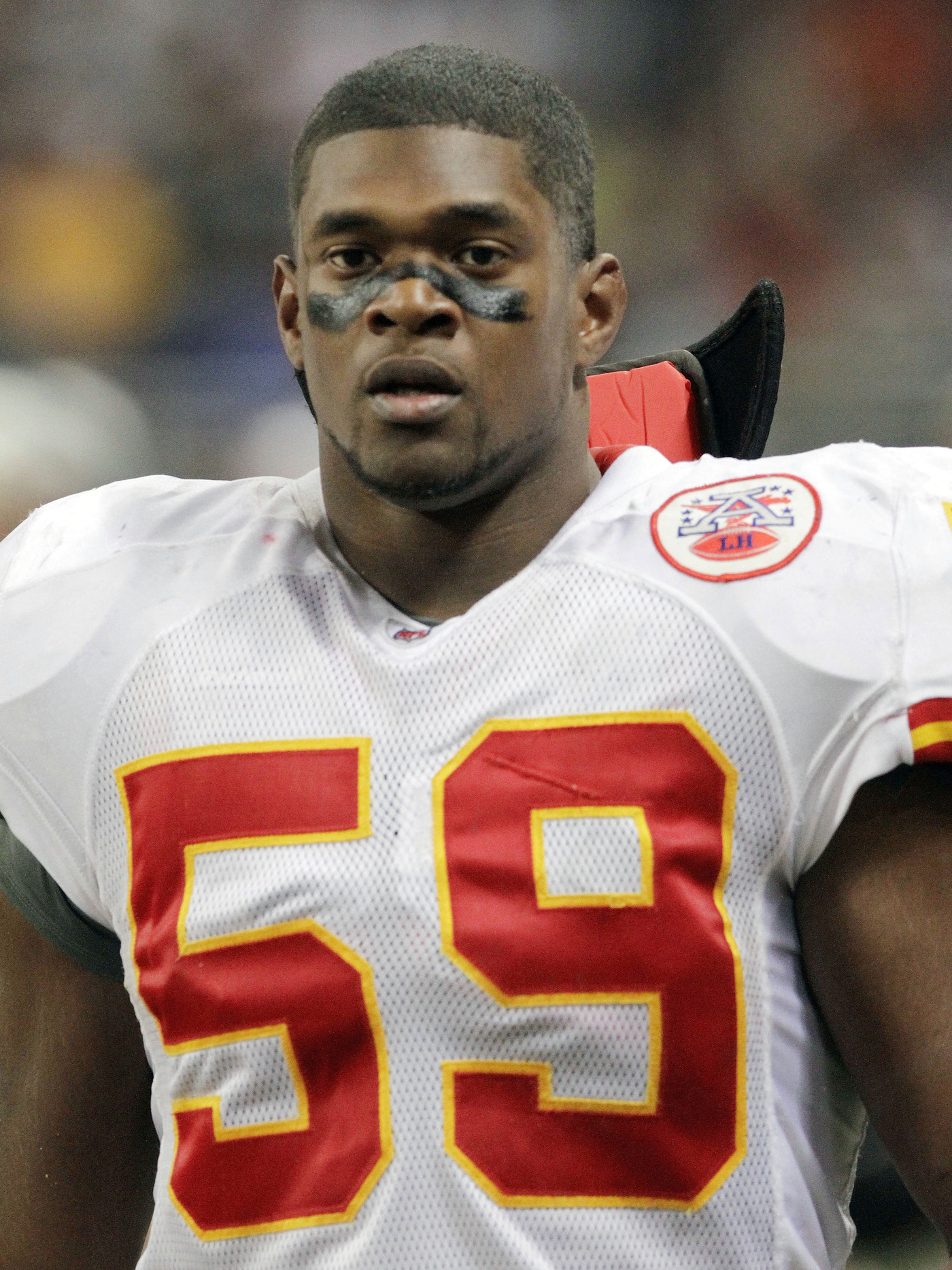 Kansas City Chiefs linebacker Jovan Belcher's body has been exhumed more than a year after he killed his girlfriend and himself so that his brain can be examined for signs of a degenerative condition linked to repeated concussions.

Former NFL linebacker Jovan Belcher's body was exhumed last week so doctors can perform tests on the remains of his brain. The family hopes to find out if a degenerative brain disease played a role in Kansas City Chiefs veteran's death last year, when he shot his girlfriend then killed himself.

The tests probably won't give a lot of answers, considering how long Belcher has been buried, says Dr. Daniel Perl, who runs a brain bank and is a professor of pathology at the Uniformed Services University of the Health Sciences. "I'm not at all certain the diagnosis can even be made on this specimen," Perl tells Shots.

The disease that Belcher's remains will be tested for is chronic traumatic encephalopathy, or CTE. At the moment, doctors can only definitively diagnose CTE after a person has died, though new research funded in large part by the NFL and announced by the National Institutes of Health on Monday could change that someday.

CTE occurs in people with a history of concussions, notably boxers and professional football players. The brain trauma appears to cause a buildup of abnormal protein, which is associated with memory loss, bad judgment, aggression and dementia. The NIH will fund eight projects to study the long-term effects of repeated head injuries and to come up with better tools for diagnosing CTE and concussions. The NFL is donating $30 million for the work.

Perl is working on one of those projects with brain imaging specialists at Massachusetts General Hospital in Boston and Washington University in St. Louis. The specialists will study brains with CTE under a microscope and with high-resolution scans of the brain. The researchers hope to identify find features of CTE that they can detect on brain scans in living brains.

One limiting factor is a lack of brains, says Dr. Walter Koroshetz, deputy director of the National Institute of Neurological Disorders and Stroke. A diagnosis can only be made after death, so scientists have to study brain samples from people who donate them.

"We're really stymied in our ability to make progress just because there's not that much brain tissue," Koroshetz says. "We're really very dependent upon people who donate their brains."

The NIH has established a network of brain banks to help researchers get access to tissue samples. Koroshetz says this problem applies to autism research as well, though he is confident of progress with time and more brains.

At the moment, there are many questions. Most notably, scientists are unsure whether it's an isolated problem among people who suffer from frequent head injuries, such as professional football players, or if it could be a wider problem that applies to veterans and even high school and college football players.

There have been promising signs, says Dr. Robert Stern, professor of neurology and neurosurgery at Boston University. He points to a brain imaging tool which identified the abnormal protein associated with CTE, described this year by researchers at the University of California Los Angeles. He is performing a wide range of medical tests on 150 former NFL players, as well as 50 athletes of the same age who play non-contact sports, like swimmers. The goal is also to come up with a way of diagnosing CTE among the living.

"We're really getting close, but we're still two or three years away before there's a good way of diagnosing CTE while people are alive," Stern says. "We really are at the infancy of our knowledge for CTE."