Accessibility links
When Memories Never Fade, The Past Can Poison The Present : Shots - Health News Only a rare few people have the ability to remember everything that happened in their lives. But that gift can seem like a curse, they say, keeping them marooned in the past and unable to enjoy the present. Forgetting, it seems, can be a good thing. 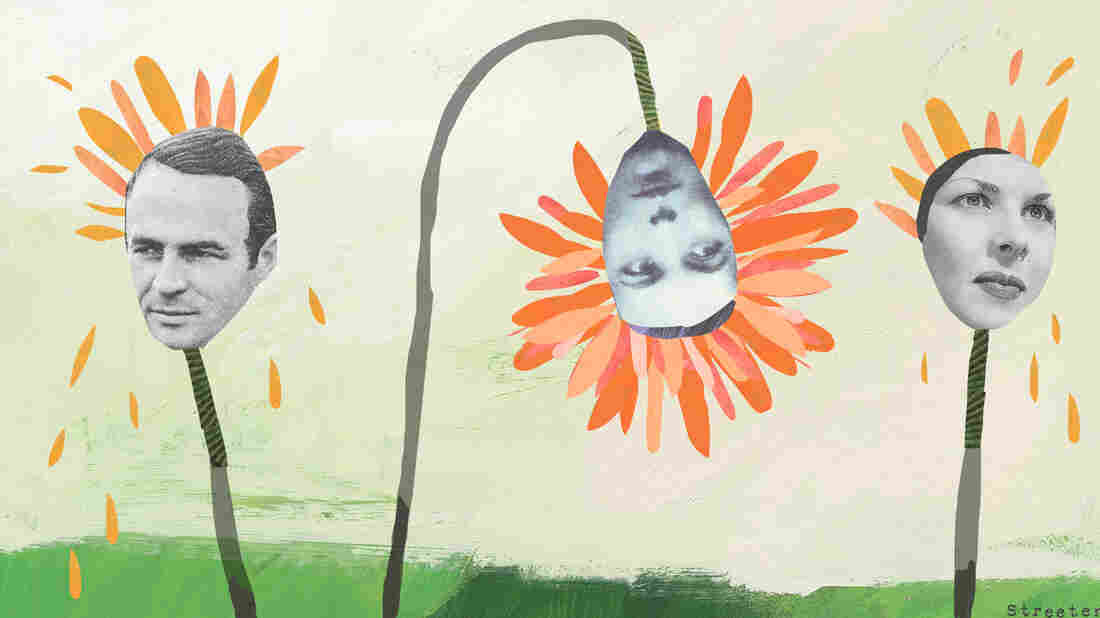 Having a perfect memory can put a strain on relationships, because every slight is remembered. Katherine Streeter for NPR hide caption

She remembers those things, just as she remembers that on Aug. 2 she stopped at Target and bought Raisin Bran; and on April 17 she wore a white button-down shirt; and on Oct. 2 she went to TGI Fridays and spoke to the hostess, who was wearing black leather flats with small bows on them.

Alexandra Wolff has what's known as highly superior autobiographical memory. She is one of only 55 people in the U.S. who have been identified with this ability. All of these people can remember details about their lives that the rest of us couldn't hope to remember: the strangers they pass on the street, the first thing they saw when they woke up seven months ago.

And though it's not clear why the brains of people with HSAM can do what they do, what is clear is that this ability gives them an access to the past that's profoundly different from you and me.

If you think of 2013, probably only a handful of memories stand out. The day-by-day is a blur.

We forget most of our lives. 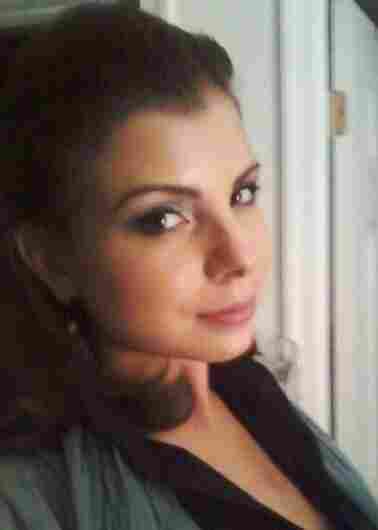 But Alexandra says that remembering even an inconsequential trip to Target is an almost physical experience for her. She says she sees what she saw that day, hears what she heard, and emotionally feels what she felt at the time.

"Right down to getting sick to my stomach or getting a headache," she says. "It's almost like time travel."

But being unable to forget can affect your relationship to the present, people with this form of memory say.

Alexandra is 22 and lives with her mother in a long brick ranch house in southern Maryland. She has dark hair and beautifully balanced features, but hasn't really dated and seems to have few of the preoccupations of most 22-year-olds. She blames her memory for this, saying it separates her from other people her age because they can't understand why she's so focused on things that have already happened.

Alexandra often feels frustrated with her preoccupation with the past. "It seems like you hold onto everything, and it seems like you're just stuck in the past all the time," she says.

It really bothers her. For one, Alexandra says, in her life there are no fresh days, no clean slates without association. Every morning when she wakes up, details of that date from years before are scrolling through her mind, details that can profoundly affect the new day she's in.

For example, the day before we spoke was a day when years ago in middle school a boy bullied her in one of her classes.

"I didn't mention it to anyone," she says, "but I mean, still in the back of my mind I kept thinking and thinking about it. It knocked some of my confidence down."

Because the past is so viscerally right there, so available, she finds that when the present gets overwhelming, it's hard not to retreat to the past.

Even though she's only 22, she says she spends huge amounts of time in her room with her eyes closed, reliving the past in her mind, particularly this one day a decade ago.

It was July 8, 2004. She spent that day in a bathing suit by a pool laughing and playing with her 10-year-old cousin. They ate macaroni and cheese, and swam. It was an easy, innocent time.

She says she probably takes herself through that day in her mind four times a week. Over the past couple of years, she estimates, she's probably spent close to 2,000 hours reliving that one day.

"I mean, I definitely say it's a huge temptation. I could, if I didn't have stuff to do all day, I could probably live in the past 24/7."

Scientists think there's a reason why we forget.

"It has long been believed by research scientists that forgetting is adaptive," says James McGaugh, the University of California, Irvine neurobiologist who first documented highly superior autobiographical memory.

Can We Foresee The Dangers Of Messing With Memory?

McGaugh discovered HSAM by accident. He got an email out of the blue from a woman named Jill Price who said she had a serious memory problem: She couldn't seem to forget anything, and like Alexandra, this bothered her.

And so McGaugh started studying first Price and then other people with this kind of memory. He found ultimately that there are differences in the brains of people with HSAM, though it's not clear whether the differences are the cause or the consequence of this ability.

But it is clear that it's specifically this issue of forgetting that's different. If you were asked to recall what happened to you earlier this morning, you'd remember roughly the same amount as someone like Alexandra. But if asked about this morning three months from now, for you it would probably be gone, while for her it's as fresh as it is for you today.

"So it's not that they're superior learners," McGaugh says, "it's that they are very poor at forgetting."

The emotional effects of not being able to forget aren't clear, says McGaugh. No one, including McGaugh, has studied it. His sense is that there is variation in the group of 55.

"The effects of having this ability depends on the kind of experiences people have had in the past as well as their present circumstances," he says.

But Bill Brown, another person with HSAM, says that he's been in touch with most of the people in the group, and that everyone he has spoken to has struggled with depression. He says that very few of them have been able to maintain a long-term marriage — the rumor is only 2 out of the 55.

Brown himself, though a pretty jolly guy, recently separated from his wife.

And talking to him, you do get the sense that the difference in his memory has led to misunderstandings in his relationships.

"Just because I remember something that you did wrong doesn't mean that I still hold it against you," he says. "But it's taken me a long while to realize that folks without my ability probably don't understand that distinction. Because after all, if you're bringing it up, the logic from the other side would be: You must still hold it against me."

This is not, in fact, the case, he says. "It has more to do with wanting you to be honest in your dealings."

What he eventually realized was that most of the people he talks to are being as honest as they know how to be. "They just don't necessarily remember."

Brown says it's easier for him now, because over time he's learned how to manage the memories, not to focus on the bad stuff, and instead use his memory to entertain himself.

"But you know," he says, "life's rough, and there's so much bad that's kinda there."

Sometimes, he says, he thinks it might be nice to forget.