Accessibility links
Simple, Cheap Health Remedies Cut Child Mortality In Ethiopia : Shots - Health News A baby born today in Ethiopia is three times less likely to die before age 5 than one born in 1990. This reduction in child mortality isn't due to expensive international aid but rather to an investment in bare-bones health clinics run by minimally trained community workers. 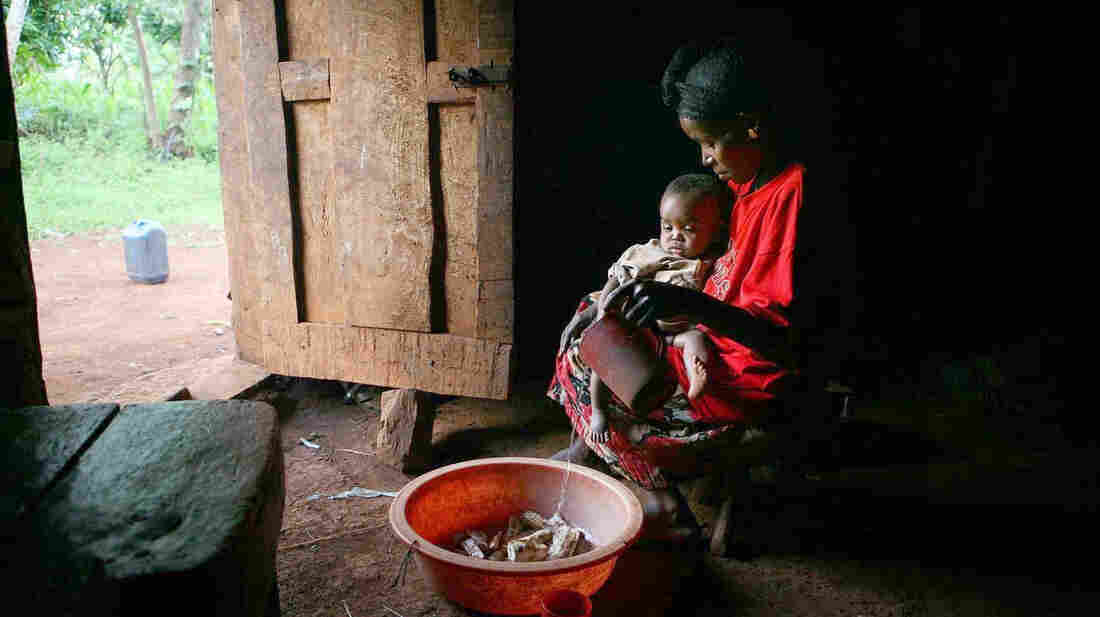 Almaz Acha sits with her baby Alentse at her home in the rural community of Sadoye, in southern Ethiopia. Families in rural communities, like this one, have benefited from Ethiopia's health extension program. Julien Behal/PA Photos /Landov hide caption 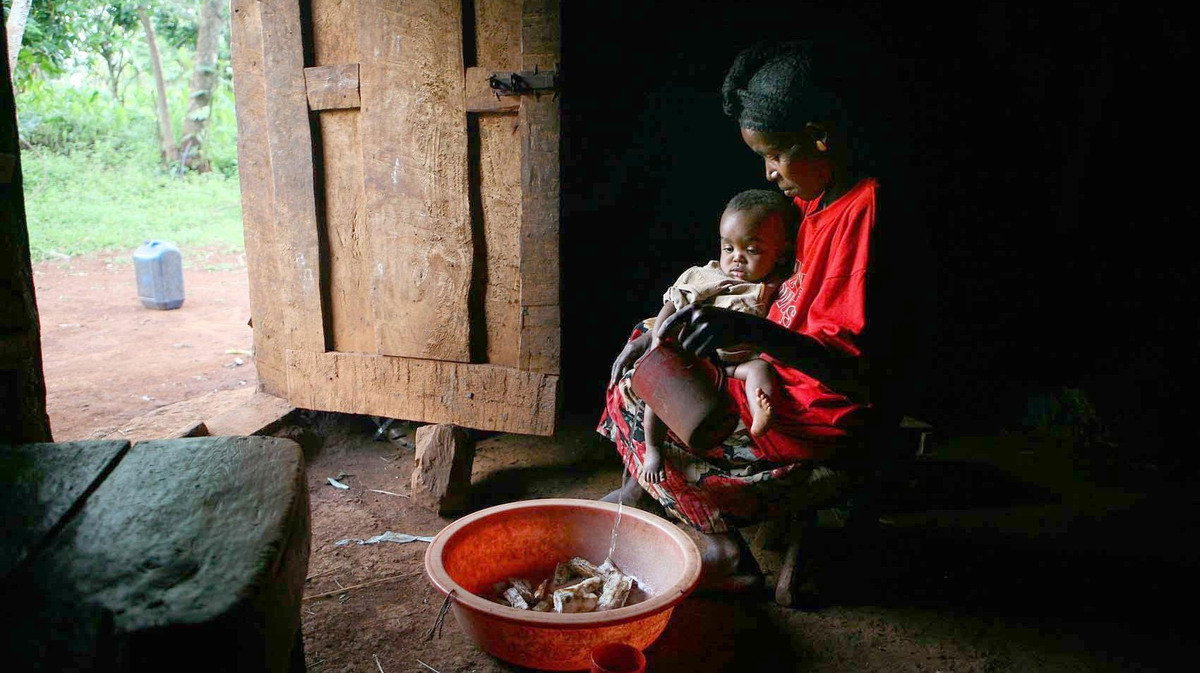 Almaz Acha sits with her baby Alentse at her home in the rural community of Sadoye, in southern Ethiopia. Families in rural communities, like this one, have benefited from Ethiopia's health extension program.

Poor countries are starting to realize something that richer ones sometimes forget: Basic, inexpensive measures can have dramatic impacts on the health of a country. And they can save thousands of lives.

Take, for instance, the situation in Ethiopia.

The country used to have one of the highest rates of child mortality in the world.

"If you were a kid born in 1990 [in Ethiopia], you had a 1 in 5 chance of not surviving to your fifth birthday," says Peter Salama, who directs UNICEF's efforts in Ethiopia. 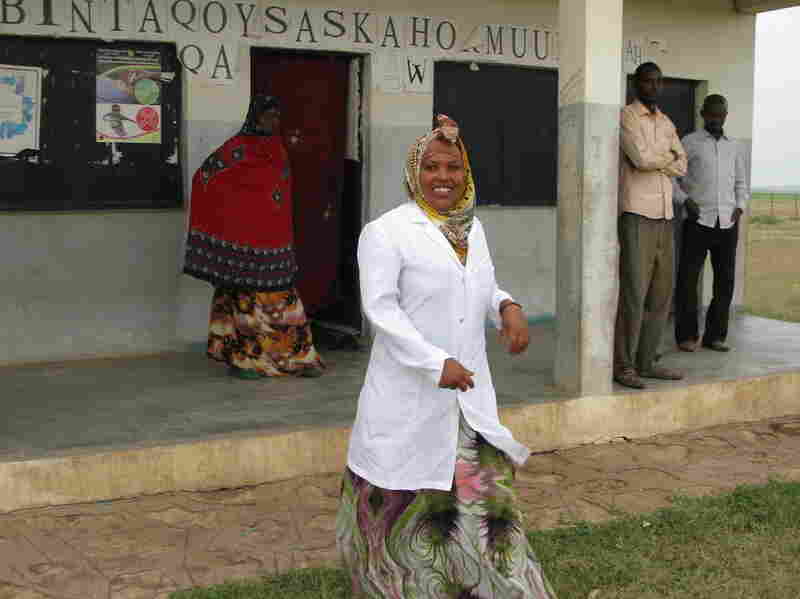 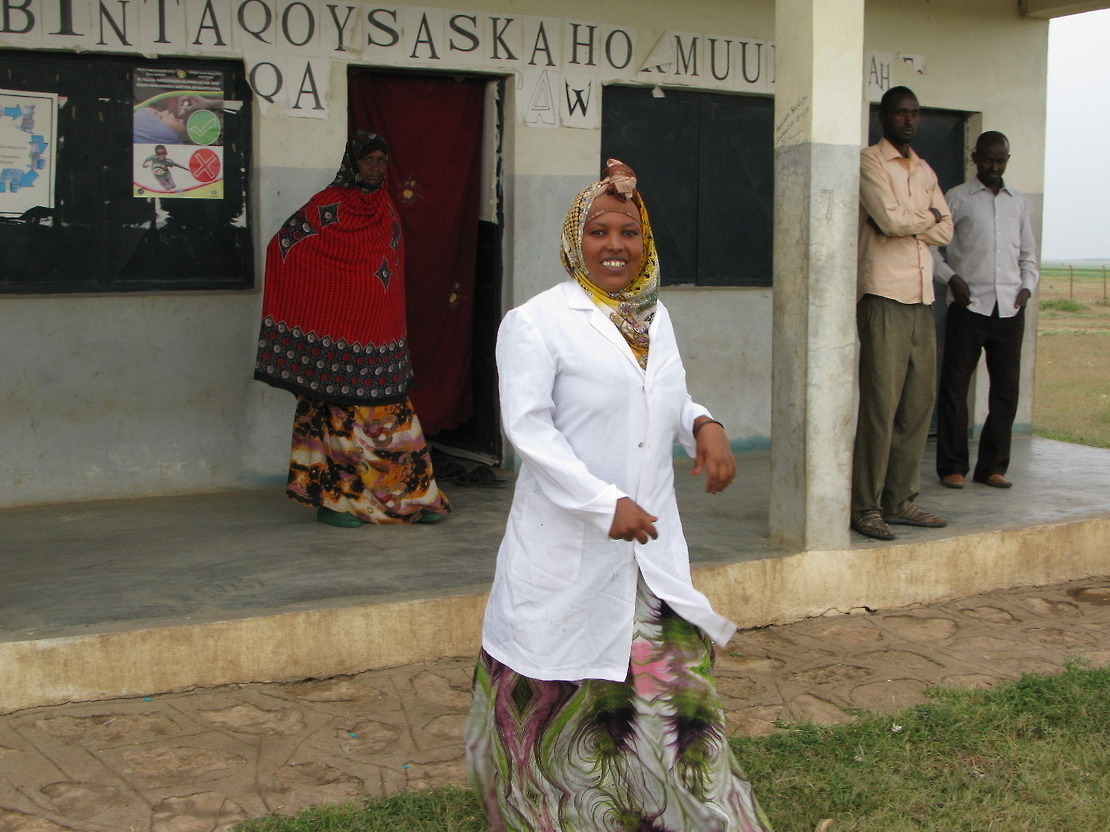 Since then, the country has improved that survival rate by about 60 percent. "So [Ethiopia has made] a tremendous achievement in the space of two decades," Salama says.

This progress isn't a result of expensive international aid or the recruitment of foreign doctors into Ethiopia. Instead, the country has invested in simple, bare-bones clinics that are run by minimally educated community health workers.

Foos Muhumed Gudaal is one of 35,000 rural health extension workers in Ethiopia. She practices at a post in the village of Walgo Yar in the eastern part of the country. The clinic is a simple, cement building with only two rooms: one for Gudaal to live in and one that serves as a consultation room. There is no electricity. There are no lights.

Gudaal's role at the post is a bit like the old image of a small-town pediatrician. But she isn't even a nurse. Instead, Gudaal, along with all of the other health extension workers, has gone through a special, one-year training program.

Her salary isn't anywhere near that of a pediatrician, either. She earns roughly $35 each month.

But Gudaal can still treat the diseases that often cut a child's life short in Ethiopia. And she can make sure kids in the village are up to date on their vaccines.

One of the main conditions Gudaal deals with is malaria. The parasite kills about 600,000 people worldwide each year, and the vast majority of those deaths occur in children younger than 5. Gudaal can diagnose and treat most malaria cases at her health post.

Do For-Profit Schools Give Poor Kenyans A Real Choice?

She can also easily treat diarrhea and respiratory infections, two other major killers of children in the developing world.

Because there is no electricity at the clinic, Gudaal has to rely on a kerosene-fired refrigerator to keep her vaccines cold. The aging fridge sits in a small shed next to the consultation room.

Gudaal lifts several vaccine vials out of the fridge. She not only administers immunizations but also keeps records for who in the village needs shots and boosters.

Since being launched a decade ago, this health extension program in Ethiopia has had a huge effect in the country, Salama says.

Quite simply, it has saved lives. "Children are now treated right across the country on a scale that was previously unheard of around the world," he says.

"Take acute severe malnutrition, for which Ethiopia was famous in the '70s and '80s," Salama says. "Today, successfully, these same lady health workers treat 300,000 children [each year] for severe malnutrition." Previously, these children would have most invariably died, he says.

Despite these improvements, Ethiopia still has a long way to go when it comes to children's health. Malnutrition is still the leading cause of death for children younger than 5 in the country. Nearly 20 percent of Ethiopian babies are born underweight, weighing less than 5 1/2 pounds. And about 40 percent of kids don't reach a normal height because of malnutrition.

But, Salama says, the beauty of Ethiopia's health extension program is that it's sustainable. It's run by the government, not a foreign foundation or agency. So as long as there's the political will, it's able to reach kids across the country.