Accessibility links
How Fraud Flourishes Unchecked In Medicare's Drug Plan : Shots - Health News Credit card companies routinely flag or block suspicious charges as they happen. Yet under Medicare, a convoluted and poorly managed system for catching fraud allows costly scams for prescription drugs to slide by. The federal government has done little to stop the fraud, an investigation by ProPublica found. 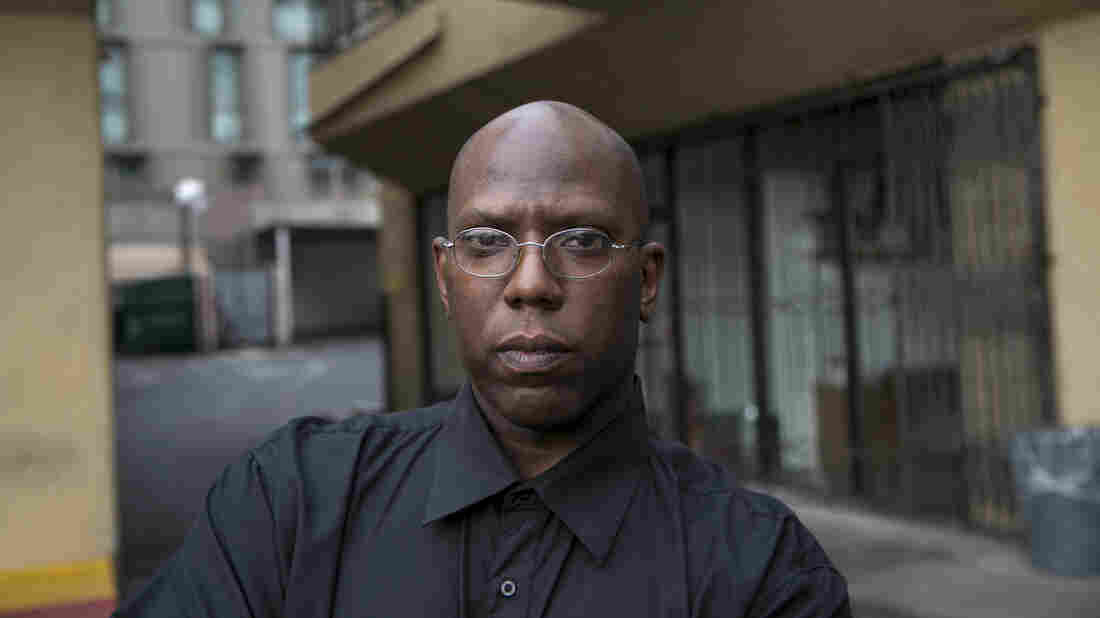 Dr. Ernest Bagner III stands outside his former office tucked in the back corner of a strip mall in Hollywood, Calif., where he says he was the victim of Medicare fraud. Jonathan Alcorn/ProPublica hide caption 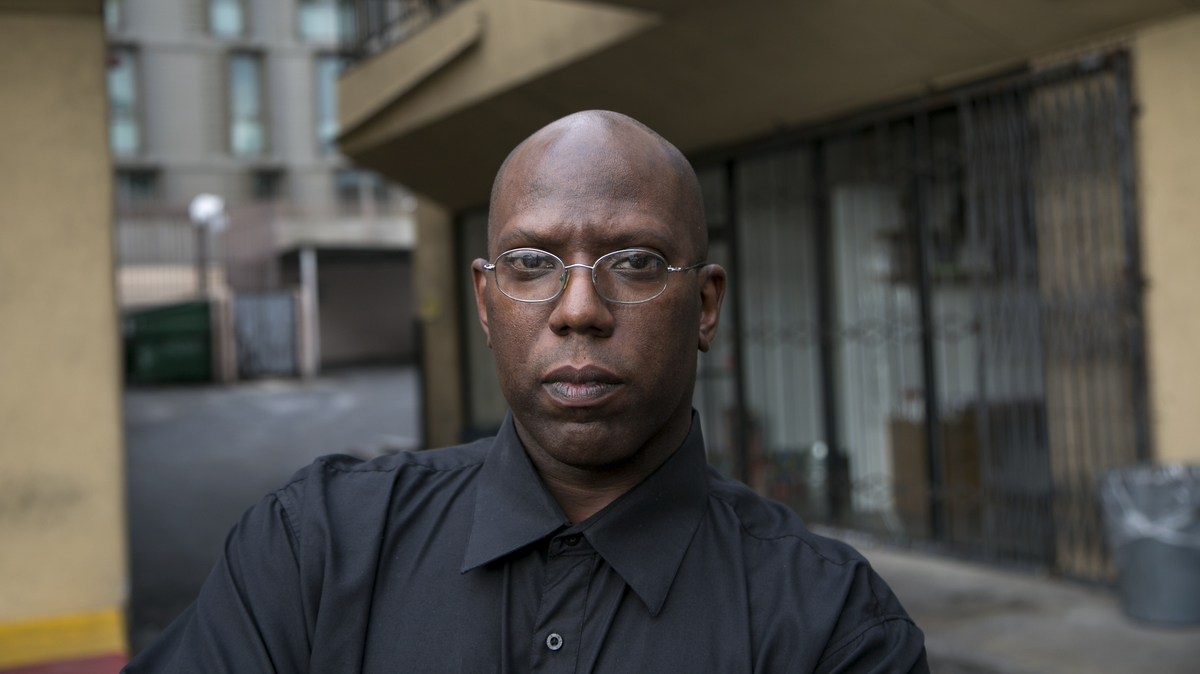 Dr. Ernest Bagner III stands outside his former office tucked in the back corner of a strip mall in Hollywood, Calif., where he says he was the victim of Medicare fraud.

With just a handful of prescriptions to his name, psychiatrist Ernest Bagner III was barely a blip in Medicare's vast drug program in 2009.

But the next year he churned them out at a furious rate — not just psychiatric drugs, but expensive pills for asthma, cholesterol, heartburn and blood clots.

By the end of 2010, Medicare had paid $3.8 million for Bagner's drugs — one of the highest tallies in the country. He added another $2.6 million the following year, records analyzed by ProPublica show.

Bagner, 46, says there's just one problem with this accounting: The prescriptions aren't his. "All of that stuff you have is false," he said.

By his telling, someone stole his identity while he worked at a strip-mall clinic in Hollywood, then forged his signature on prescriptions for hundreds of Medicare patients. Whoever did it, he was told, likely resold the drugs.

"These people make more money off my name than I do," said Bagner.

Today, credit card companies routinely flag or block suspicious charges as they happen. Yet under Medicare, a convoluted and poorly managed system for catching fraud allows scams to flourish, an investigation by ProPublica found.

Frustrated investigators for law enforcement, insurers and pharmacy chains say they don't see evidence that Medicare officials are doing much to stop it.

"It's kind of a black hole," said Alanna Lavelle, director of investigations for WellPoint, which provides drug coverage to about 1.4 million seniors in the program, known as Part D. Lavelle said her team routinely refers cases to the contractor Medicare hires to review them.

"Oftentimes we never hear back, positive or negative," she said.

Since it started in 2006, Part D has been lauded for its success in getting needed medications to more than 36 million seniors and disabled enrollees.

But ProPublica scrutinized Medicare's own data to identify scores of doctors whose prescription patterns bore the hallmarks of fraud. The cost of their prescribing spiked dramatically from one year to the next — in some cases by millions of dollars — as they shifted to brand-name drugs that scammers can easily resell.

Sometimes the doctors claimed they were victims of identity theft. In other cases they were paid for writing bogus or inappropriate prescriptions.

Bagner's case shows how fast a single doctor can be used to run up a staggering tab. Part D costs taxpayers $62 billion a year.

Bagner's flood of prescriptions had drawn the attention of law enforcement, insurers and Medicare as early as mid-2010.

In an interview, Bagner said he was working at a clinic then, when investigators showed up with a stack of prescription and medical records. The prescriptions bore a fake signature that closely resembled his, he said. "I wrote my signature. I showed them," he said. "They saw the difference."

Over time, more investigators from law enforcement and insurance companies contacted him, he said. Still, Medicare never blocked his national provider ID, which is used to fill prescriptions, said Bagner, who has been told he is considered a victim. 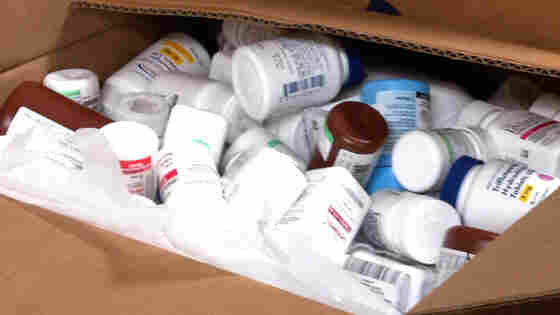 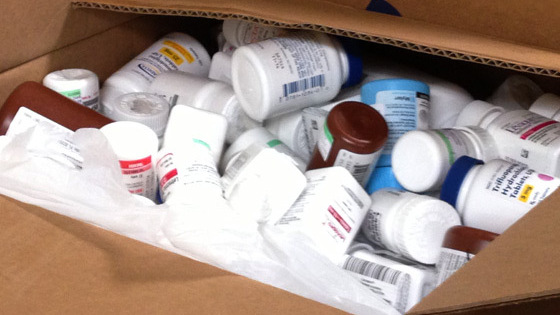 The Centers for Medicare and Medicaid Services, which runs Part D, declined to answer specific questions. A spokesman provided a statement saying the agency "actively works to detect and prevent provider fraud" and refers cases to law enforcement if appropriate.

Unlike other parts of Medicare, Part D is run by private insurance companies. When these insurers notice spikes in a doctor's prescribing and suspect fraud, Medicare encourages but doesn't require them to notify an outside contractor it pays to investigate fraud.

Insurers aren't allowed to block a doctor's prescriptions, however. Nor can the contractor directly access patient medical charts to assess whether the patient actually saw the doctor or had a condition that warranted the medication. It must go back to the insurers, which then request the records from doctors or pharmacies. Most cases die at this level.

Law enforcement investigators and insurers say an increase in tips and complaints suggests Part D fraud is rising. But pursuit of the cases sometimes falls to local agencies such as the Los Angeles County Health Authority Law Enforcement Task Force.

Sheriff's Sgt. Steve Opferman, who heads it, said Medicare is of scant help to local agencies trying to combat Part D fraud. It can take "months or years," he said, to get basic information, such as a physician's prescribing or billing data, for the program.

Opferman called Part D "icing on the cake" for crooks. "Why," he asked, "is the government so reluctant to stop this?"

Jennifer LaFleur contributed to data analysis for this report.

ProPublica is an independent, nonprofit newsroom that produces investigative journalism in the public interest. You can find a more detailed report on this investigation here.