Accessibility links
Could Pot Help Veterans With PTSD? Brain Scientists Say Maybe : Shots - Health News The use of marijuana for PTSD has gained national attention in the past few years as thousands of traumatized veterans who fought in Iraq and Afghanistan have asked the federal government to give them access to the drug. Marijuana's active ingredient has been shown to calm the brain's fear circuits. Of course, there are drawbacks and side effects to contend with. 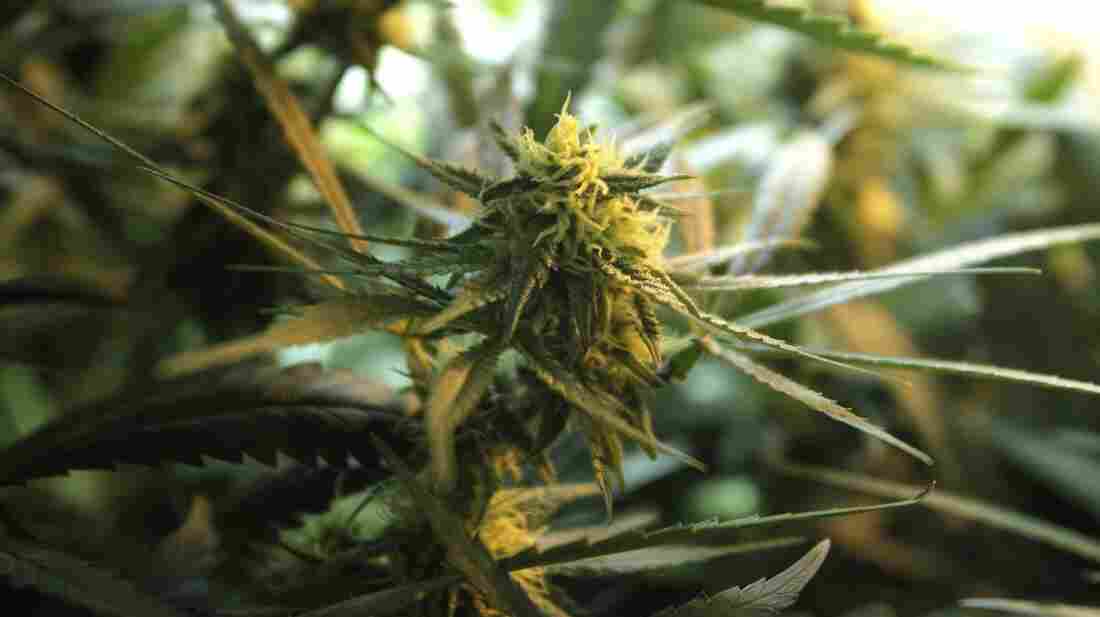 There's data to support the notion that pot, or a drug based on its active ingredient, could help ease the fears of PTSD. Ted S. Warren/AP hide caption 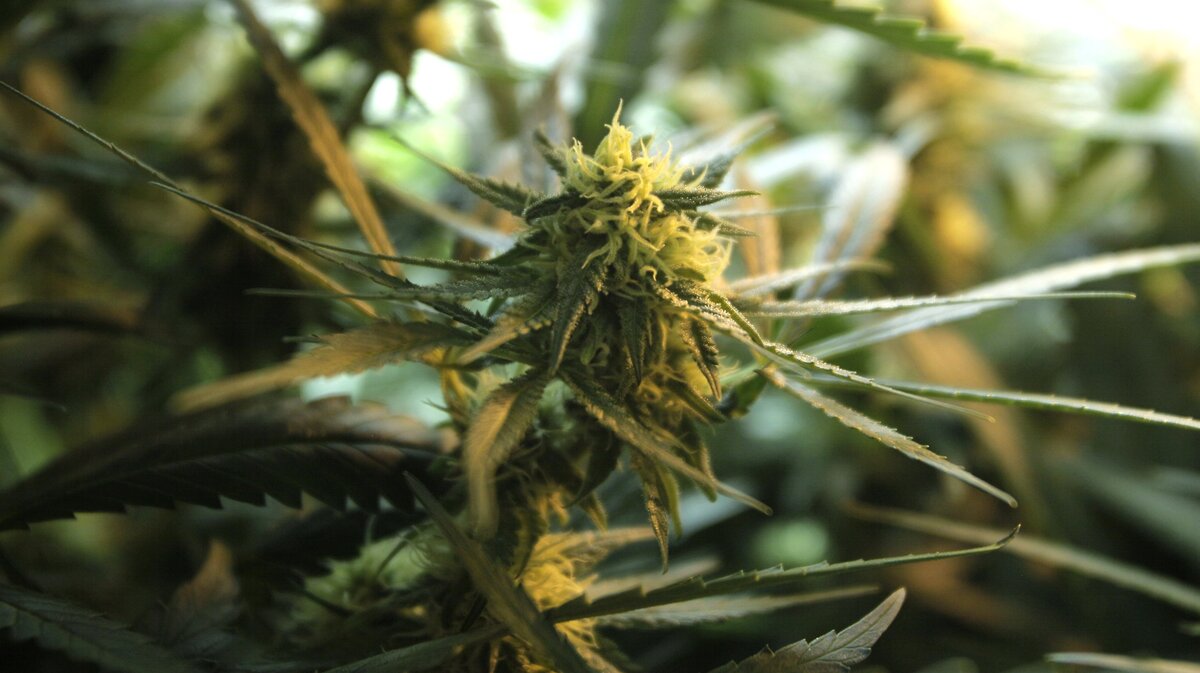 There's data to support the notion that pot, or a drug based on its active ingredient, could help ease the fears of PTSD.

Veterans who smoke marijuana to cope with post-traumatic stress disorder may be onto something. There's growing evidence that pot can affect brain circuits involved in PTSD.

Experiments in animals show that tetrahydrocannabinol, the chemical that gives marijuana its feel-good qualities, acts on a system in the brain that is "critical for fear and anxiety modulation," says Andrew Holmes, a researcher at the National Institute on Alcohol Abuse and Alcoholism. But he and other brain scientists caution that marijuana has serious drawbacks as a potential treatment for PTSD.

The use of marijuana for PTSD has gained national attention in the past few years as thousands of traumatized veterans who fought in Iraq and Afghanistan have asked the federal government to give them access to the drug. Also, Maine and a handful of other states have passed laws giving people with PTSD access to medical marijuana.

But there's never been a rigorous scientific study to find out whether marijuana actually helps people with PTSD. So lawmakers and veterans groups have relied on anecdotes from people with the disorder and new research on how both pot and PTSD works in the brain.

When a typical person encounters something scary, the brain's fear system goes into overdrive, says Dr. Kerry Ressler of Emory University. The heart pounds, muscles tighten. Then, once the danger is past, everything goes back to normal, he says.

But Ressler says that's not what happens in the brain of someone with PTSD. "One way of thinking about PTSD is an overactivation of the fear system that can't be inhibited, can't be normally modulated," he says.

For decades, researchers have suspected that marijuana might help people with PTSD by quieting an overactive fear system. But they didn't understand how this might work until 2002, when scientists in Germany published a mouse study showing that the brain uses chemicals called cannabinoids to modulate the fear system, Ressler says.

There are two common sources of cannabinoids. One is the brain itself, which uses the chemicals to regulate a variety of brain cells. The other common source is Cannabis sativa, the marijuana plant.

So in recent years, researchers have done lots of experiments that involved treating traumatized mice with the active ingredient in pot, tetrahydrocannabinol (THC), Ressler says. And in general, he says, the mice who get THC look "less anxious, more calm, you know, many of the things that you might imagine."

Another downside to using marijuana for PTSD is side effects, says Andrew Holmes at the National Institute on Alcohol Abuse and Alcoholism. "You may indeed get a reduction in anxiety," Holmes says. "But you're also going to get all of these unwanted effects," including short-term memory loss, increased appetite and impaired motor skills.

So for several years now, Holmes and other scientists have been testing drugs that appear to work like marijuana, but with fewer drawbacks. Some of the most promising drugs amplify the effect of the brain's own cannabinoids, which are called endocannabinoids, he says. "What's encouraging about the effects of these endocannabinoid-acting drugs is that they may allow for long-term reductions in anxiety, in other words weeks if not months."

The drugs work well in mice, Holmes says. But tests in people are just beginning and will take years to complete. In the meantime, researchers are learning more about how marijuana and THC affect the fear system in people.

At least one team has had success giving a single dose of THC to people during something called extinction therapy. The therapy is designed to teach the brain to stop reacting to something that previously triggered a fearful response.

The team's study found that people who got THC during the therapy had "long-lasting reductions in anxiety, very similar to what we were seeing in our animal models," Holmes says. So THC may be most useful when used for a short time in combination with other therapy, he says.

As studies continue to suggest that marijuana can help people with PTSD, it may be unrealistic to expect people with the disorder to wait for something better than marijuana and THC, Ressler says. "I'm a pragmatist," he says. "I think if there are medications including drugs like marijuana that can be used in the right way, there's an opportunity there, potentially."