Accessibility links
Common Knee Surgery May Help No More Than A Fake Operation : Shots - Health News Surgery to repair a damaged knee meniscus is very common, but it may not help a lot of people, a study finds. That may be because some people benefit more than others, and doctors still don't know who is going to get the most out of surgery.

Common Knee Surgery May Help No More Than A Fake Operation

Common Knee Surgery May Help No More Than A Fake Operation 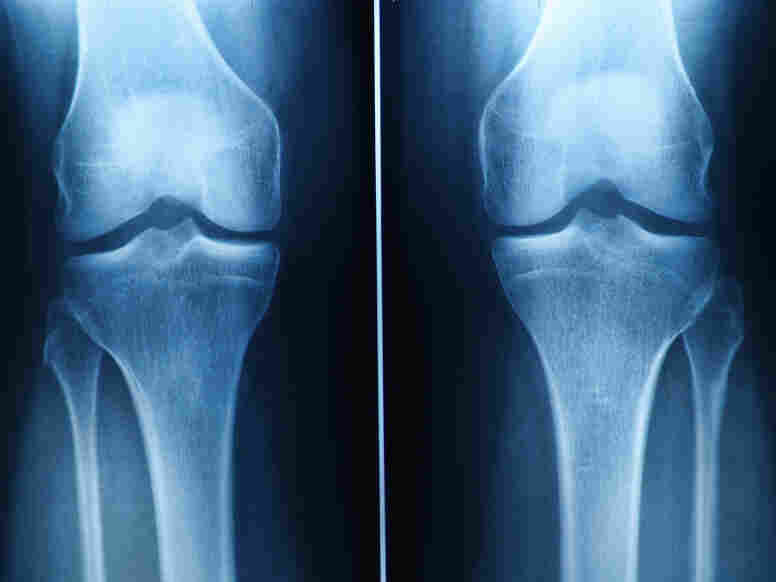 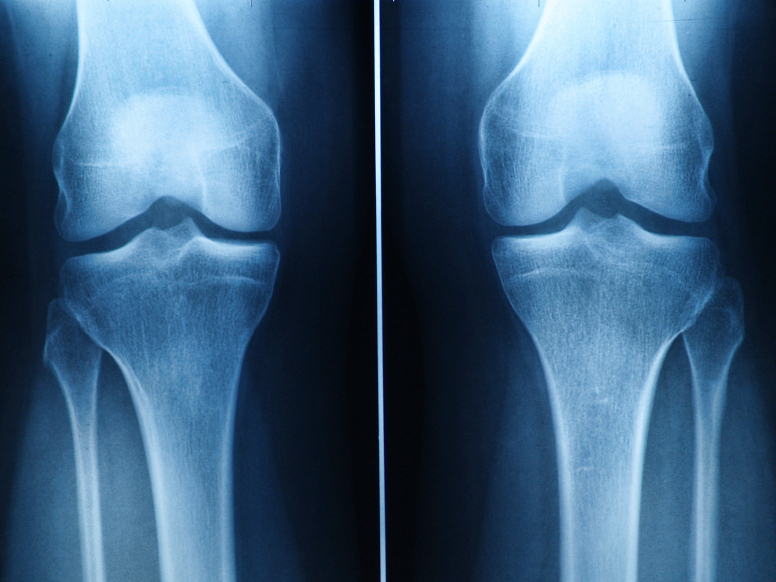 Go to the doctor with knee pain, and they might say you've got a meniscus tear and need surgery to fix it. But surgery for this common problem might not be any better at relieving pain than having no surgery at all, according to researchers who went to the trouble of performing fake surgery to find out.

The gold standard for medical research is a randomized controlled trial, but it's hard to sign people up if they might undergo pretend surgery.

Researchers in Finland managed to persuade 160 people with knee pain and a suspected torn meniscus to sign up, not knowing if they'd get real or sham surgery.

Once they were in the operating room and under anesthesia, the doctors determined that 146 of the people were suitable candidates for an operation called partial meniscectomy, in which weak or loose parts of the meniscus are removed. Half of that group went on to have the surgery, while the other 76 were given sham surgery. Who got what was determined by a nurse, who opened an envelope in the operating room and showed the instructions to the surgeon.

Because many of the patients had epidural anesthesia and were awake during the surgery, the surgeons were called upon to exercise their theatrical talents. They asked for instruments, moved the knee as in real surgery, and pushed a shaver without a blade against the kneecap. 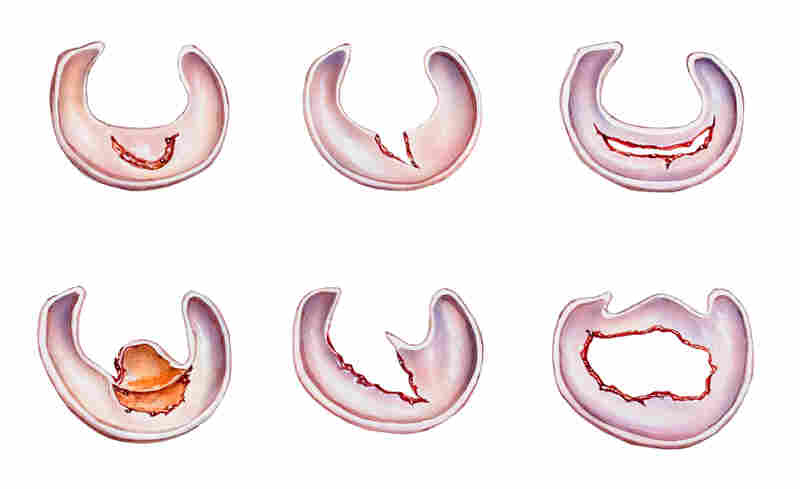 The meniscus, a C-shaped piece of cartilage in the knee, pads the joint between the thighbone and shinbone. Tears, shown above, can be caused by twisting or by use over time. Judith Glick/iStockphoto hide caption 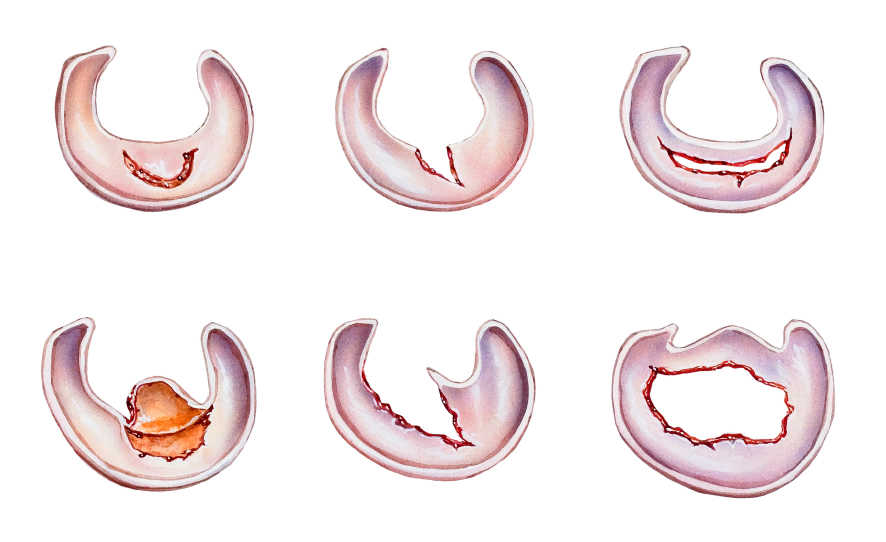 The meniscus, a C-shaped piece of cartilage in the knee, pads the joint between the thighbone and shinbone. Tears, shown above, can be caused by twisting or by use over time.

The results were published in the New England Journal of Medicine.

"This is a really well-done study," says Dr. David Jevsevar, an orthopedic surgeon in St. George, Utah. "The only problem is how do you take this study and apply it to practice."

It didn't figure out who might actually benefit from meniscus surgery, Jevsevar tells Shots. More studies need to be done to find out, he says.

But the study included patients who had mechanical symptoms such as catching or locking of the knee, and they also showed no benefit from surgery. "That's the harder one for me and my colleagues to swallow," Jevsevar says. "I'm more likely to discuss surgery with you with that than if you have just pain."

Since meniscal tears are more likely as people age, probably 10 percent of people in their 50s, the mean age of the people in the study, have tears of some sort, Jevsevar estimates. But patients need to make sure they have the right diagnosis, especially since MRIs aren't always accurate. There are other reasons for knee pain in this area, he notes, including problems with the kneecap and ligaments.

People who suffer a meniscus tear in an accident or playing sports are more apt to get benefits from surgery than are people who have wear-and-tear damage, Jevsevar says. He chairs the committee on evidence-based quality and value for the American Academy of Orthopedic Surgeons.