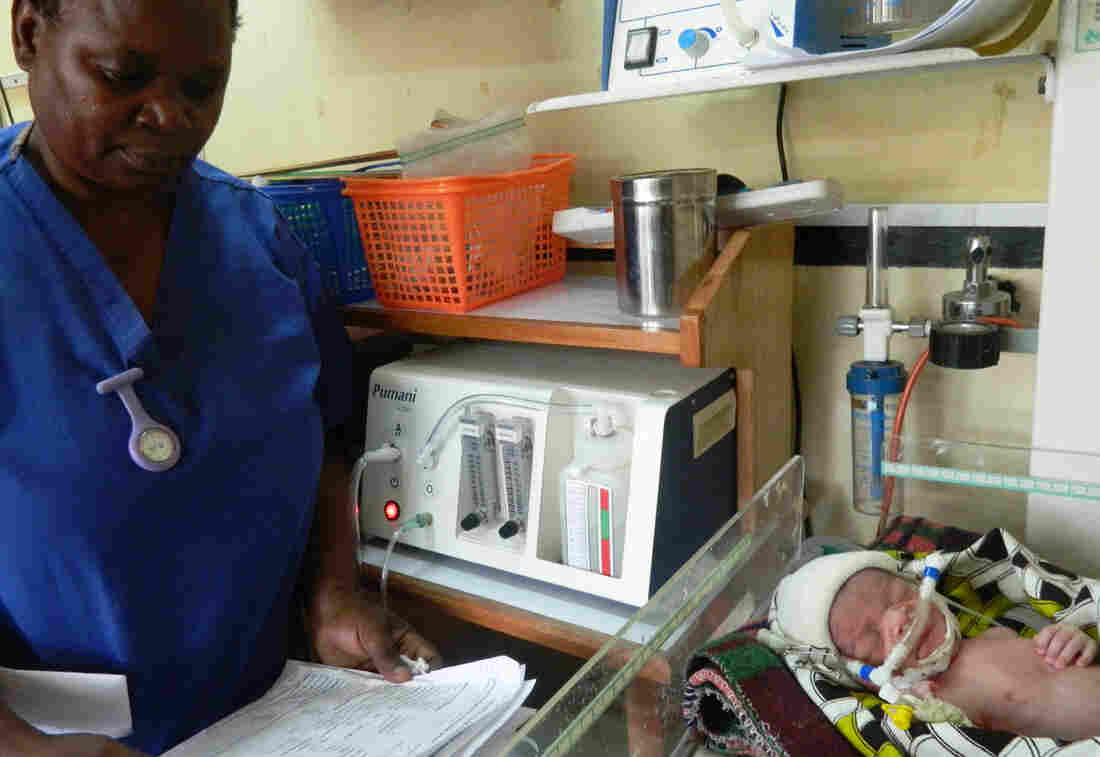 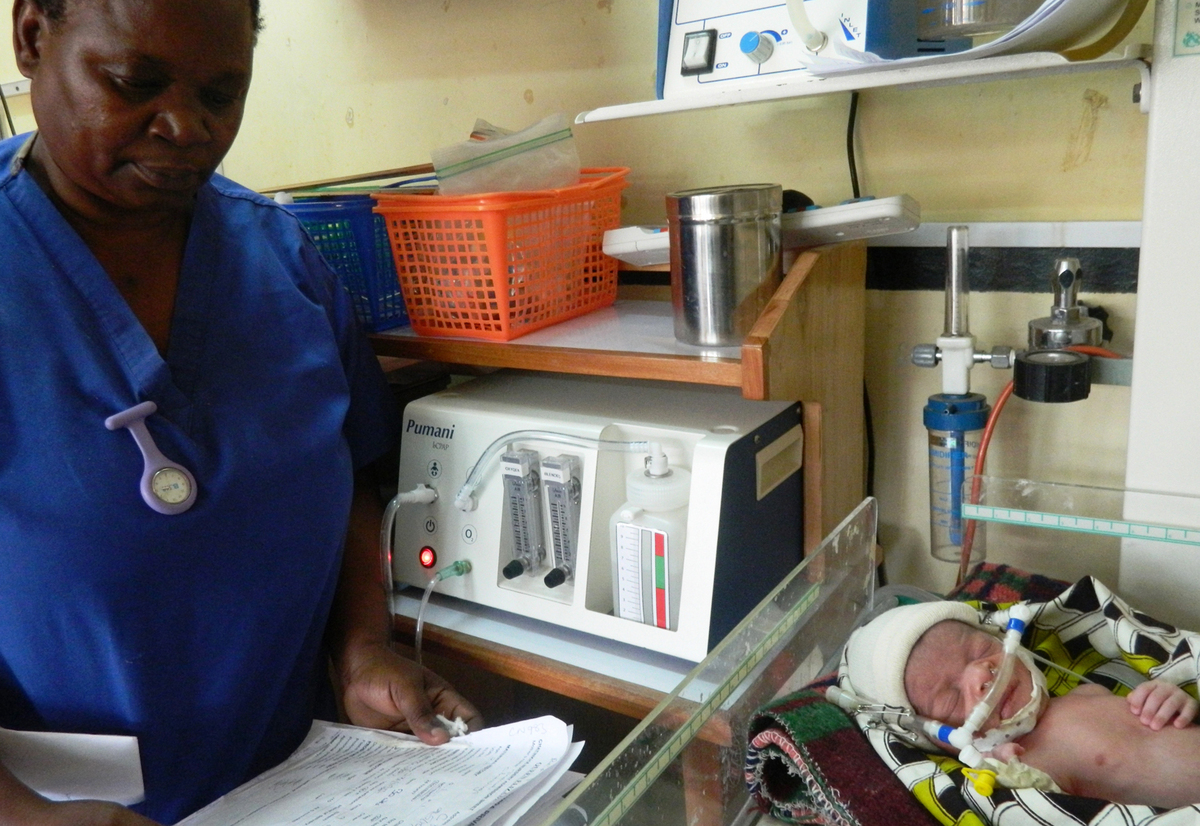 Good ideas don't only come from experts. An innovative engineering program in Texas has been proving that college undergraduates can tackle — and solve — vexing health challenges in developing countries.

Two engineers at Rice University in Houston are tapping the potential of bright young minds to change the world.

Rural hospitals in the developing world have lots of problems. Some are huge: lack of electricity, lack of staff, lack of supplies. But some problems are much smaller, and can be overcome with a bit of ingenuity.

"We want to teach our students that they can solve these problems," says Rice engineering professor Maria Oden. 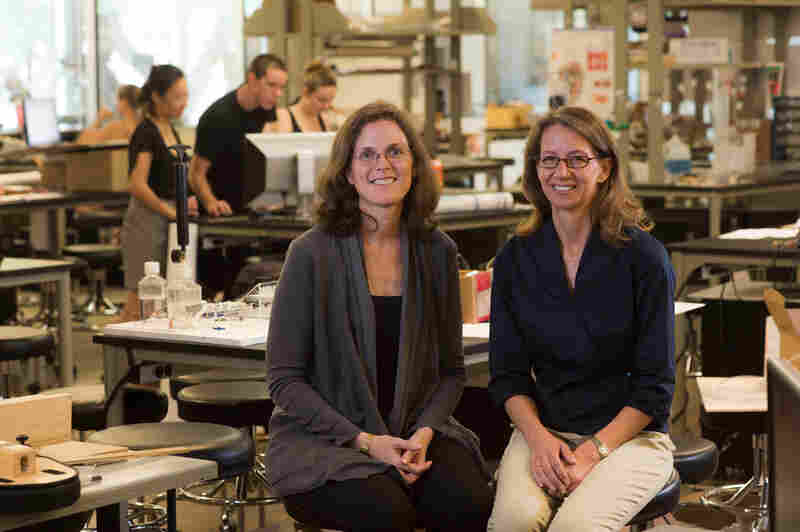 Oden runs a program called Rice 360, designed to get students to first learn about the problems of rural hospitals and then find solutions. Oden's partner in this project, Rebecca Richards-Kortum, is the chairwoman of bioengineering at Rice.

Maybe a simple system to measure drug dosage, or a way to deliver the right amount of IV fluids. The students have to build a prototype, but Oden says some of these students will take their invention even further.

"Go into the field, test it, get feedback, return to Rice, redesign," she says. "Most of the time the first design doesn't work very well, and so they redesign it until they get to a point where it's a product that can be deployed. That's the ultimate goal, for sure."

Oden says once a team of undergraduates sinks its teeth into a project, it's hard to let go.

A Shoebox And An Aquarium Pump

One of the most successful projects has been something called a bubble CPAP (continuous positive airway pressure). It helps premature infants breathe by pushing a steam of air into their lungs.

Richards-Kortum says a team of Rice students found some clever ways to make a bubble CPAP that was affordable.

"One of the wonderful things about working with 18-year-olds is that they're so creative," she says. "They don't have fixed ideas about what might not work. And so you get really crazy ideas. Like inside our bubble CPAP machine, there's aquarium pumps."

Well, why not? They're cheap, and they worked. The prototype for the CPAP device was made with a plastic shoe box from Target and two fish tank pumps to get enough flow.

Oden says they've tested their bubble CPAP in rural hospitals in Malawi, and now they're starting to deploy them at hospitals around that country. The device has been snazzied-up to look more professional, but it's basically the same as the original design, aquarium pumps and all.

Richards-Kortum says it's a long slog to go from design to product to actually seeing something work, but it's worth it.

"It's sort of magic when you see it come together. It's the best part of our job," she says.

Richards-Kortum and Oden went to Malawi a while back with one of the students who had worked on the bubble CPAP design project. They visited one of the rural hospitals where they'd tested the device. A nurse told them they had used the CPAP on her own baby, and it saved his life.

"She was able to go get her baby, so that we could meet the baby, and the student was able to look and see a life that she had affected," Richards-Kortum says. "It sent chills all the way down my entire spine, because I realized that while we're teaching students, and we want them to leave here believing they can make a difference, this was the picture of a true difference being made."

Oden and Richards-Kortum are hoping that once students learn how wonderful it feels to make a difference in the world, they'll be hooked — and at least some of those students will devote their professional lives to doing that.