Accessibility links
How Much Does A New Hip Cost? Even The Surgeon Doesn't Know : Shots - Health News Medicare spends about $20 billion each year on implanted medical devices. Nearly half of the total goes for orthopedic surgery. Yet doctors who were surveyed about implant prices could only accurately estimate the prices about one-fifth of the time. 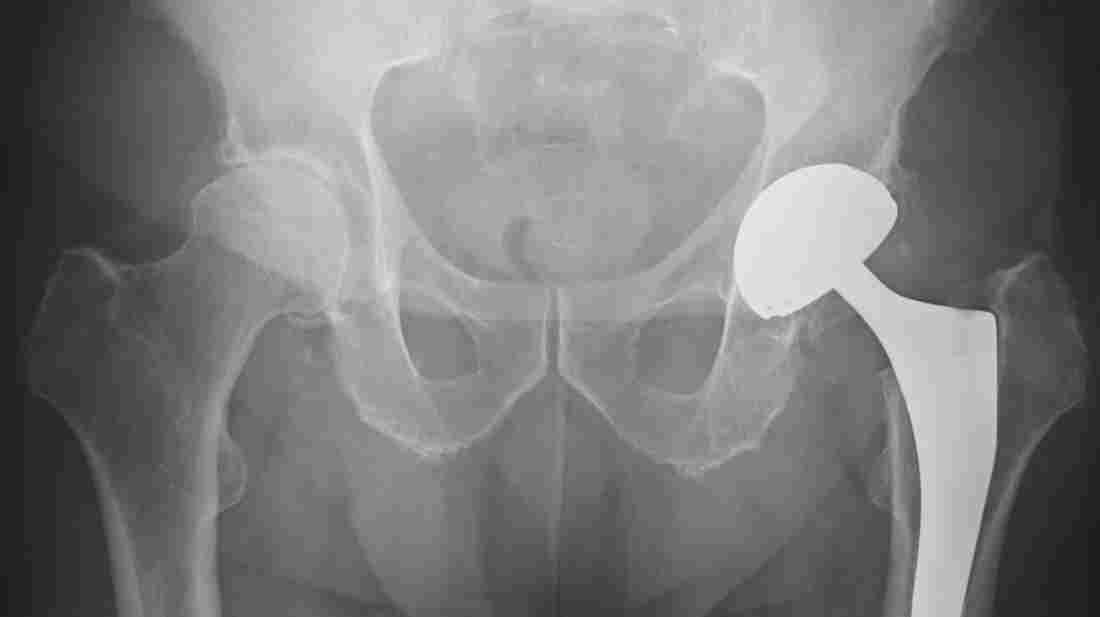 How much is that hip implant in the X-ray? Only the hospital administrator and the company that made it know for sure. iStockphoto hide caption 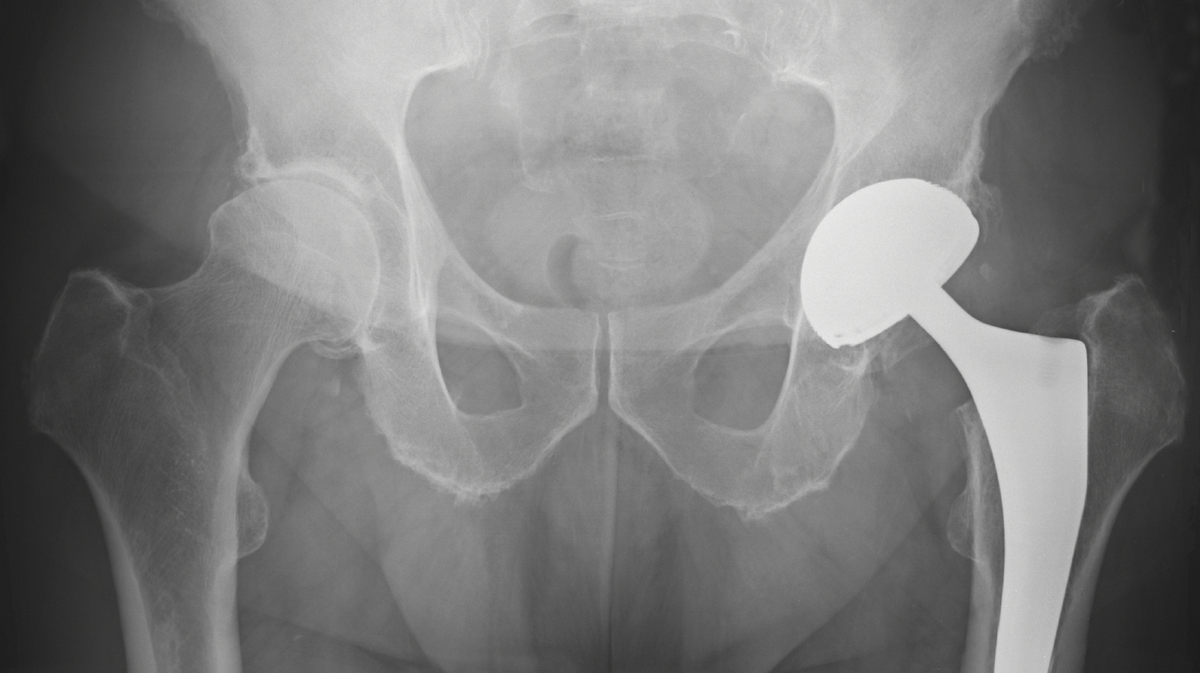 How much is that hip implant in the X-ray? Only the hospital administrator and the company that made it know for sure.

What will a gallon of milk set you back? How about a new car? You probably have a rough idea.

But what about a new knee or a hip replacement? Chances are you have no clue. And you aren't alone. The surgeons who implant the devices probably don't know either, a survey finds.

Medicare spends about $20 billion each year on implanted medical devices. Nearly half of the total goes to orthopedic procedures. As the population ages and more Americans get joint replacements, the spending on implants is likely to keep rising.

But orthopedic surgeons don't know much about how much their work contributes to the trend. They were only able to correctly estimate the cost of a device 21 percent of the time, according to a survey of 503 doctors at seven major academic medical centers published this week in Health Affairs.

Their guesses ranged from 1.8 percent of the price to nearly 25 times too much. Researchers couldn't release the dollar figures, because they'd signed nondisclosure agreements with the hospitals.

"In orthopedic surgery, we're never told how much things cost. We never see the cost displayed anywhere, and even if you were interested, there's no great way to find it," says Dr. Kanu Okike, lead author of the Health Affairs study and an orthopedic surgeon at Kaiser Permanente Moanalua Medical Center in Honolulu (Kaiser Health News is not affiliated with Kaiser Permanente).

Unlike pretty much every other consumer industry, health care costs aren't transparent, even for the surgeons performing the operations. The study didn't look at what patients know about costs.

Hospital systems and purchasing groups negotiate deals with device makers and agree not to divulge the details. "Medical device manufacturers strive to keep their prices confidential so that they can sell the same implant at a different price to different health care institutions," the study authors write.

But costs matter. For a total knee replacement, the piece of the implant can cost from $1,797 to $12,093, depending on the negotiated price. There's little evidence that one particular device is any better than another for the patient, says Okike.

Hospitals have a financial incentive to use cheaper devices. They're paid a lump sum for the procedures by Medicare. All other things being equal, hospitals that use less expensive implants end up with bigger profits.

But hospitals don't tend to pressure surgeons to use the cheaper devices, says orthopedic surgeon Kevin J. Bozic, who studies the cost of medical devices at the University of California, San Francisco.

Why? Because orthopedic surgeons are big moneymakers. "They don't want to offend the doctors," he says. "They cater to them however they can, which includes not telling them which devices to use."

And many orthopedic surgeons are aligned with a particular manufacturer, says Bozic, and receive consulting fees from them. They may also get royalties on a device. That makes them even less likely to take cost into consideration.

Some hospitals want to make the device costs clearer. They hope that surgeons who know the prices will make different, less costly choices. There are some glimmers of hope, including a national pilot project that makes a surgeon's payment for each surgery dependent on the cost of the device they use.

"But at the root of it, the biggest problem is the lack of price transparency across the industry," says Okike, the author of the Health Affairs study. And device manufacturers don't appear to be in any hurry to change that.