Accessibility links
Blood Pressure Ruckus Reveals Big Secret In Medicine : Shots - Health News Although it may be uncomfortable for patients to learn that there are profound disagreements among doctors about medicine, these differences of opinion are common. 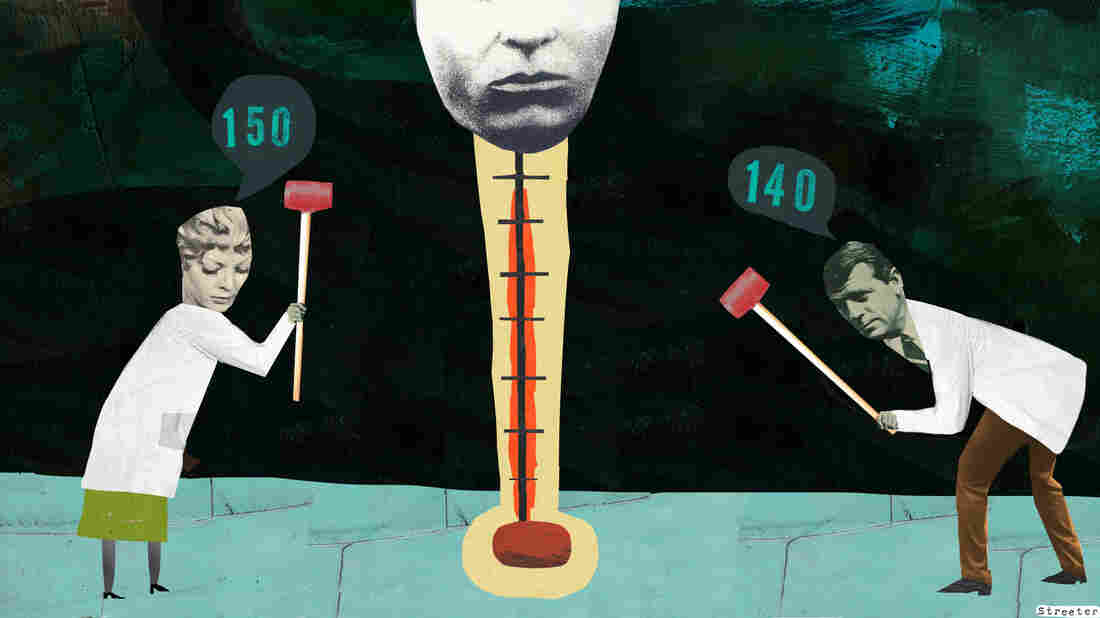 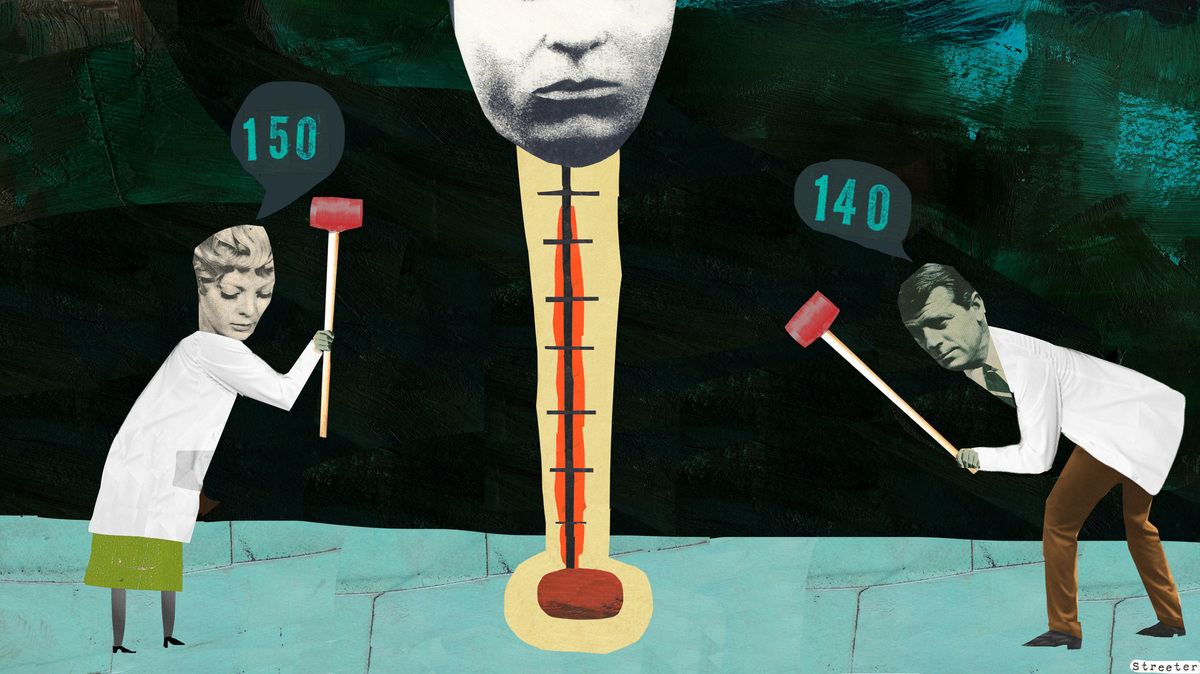 There has been a carefully guarded secret in medicine: Evidence is often inconclusive, and experts commonly disagree about what it means.

Most medical decisions aren't cut and dried. Instead they're usually made with uncertainty about what is best for each person.

This uncertainty secret has been revealed in a very public disagreement among experts about who should be treated for high blood pressure. The controversy hinges on the level of blood pressure that should serve as a trigger for treatment.

But now some experts who were part of the group responsible for the new advice seem to have changed their minds. They're publicly splitting from the new guidelines that still bear their names and saying the old, lower treatment goal is the one to follow.

With more than 30 million Americans with high blood pressure and billions of dollars spent on drugs to treat it, this issue has substantial implications for many patients and financial consequences for the drug industry.

How To Make Sense Of Confusing, New Blood Pressure Advice

I have heard from patients who feel uneasy about being in the middle of this dispute. There are people who are on three medications and wondering if, based on the new recommendations, they should change their regimen and decrease the number of drugs.

These people needed multiple medications to get their blood pressure below 140, and now the new guidelines question whether that number of drugs was necessary. There are others who would have been started on drug treatment under the old recommendations, but would be drug-free under the new ones.

People with the same blood pressure might choose different approaches — and they can both be right — because the scientific evidence can only take them so far.

Many people wonder how doctors could disagree on a recommendation that has such wide-ranging impact.

To be clear, there is strong evidence and little disagreement in many areas related to the treatment of high blood pressure. For example, there is strong agreement that it is preferable to use lifestyle interventions rather than medications. Diet and exercise should always be the first option.

And there is also agreement about the large benefit for patients from the treatment of very high blood pressure. But what is notable right now is that a fundamental recommendation about what should be the goal of therapy is no longer considered to be a treatment tenet that can't be violated. There is open disagreement about it.

This dispute signals clearly that there are options for patients. The lack of consensus in the medical establishment is a good opportunity for personalization according to patient preference (which, by the way, I think should always be the approach).

Although it's uncomfortable to be made aware of disagreements in medicine, patients should know that differences of opinion in medicine are common. What is rare is to have these differences explicitly acknowledged.

One potential benefit from this dispute would be the start of a public dialogue about making high-quality medical decisions amid uncertainty.

In any case, we doctors need to learn to be comfortable with uncertainty, disclose it and help people make decisions in spite of it. The most important message for doctors is that these everyday situations call for us to be sure we're allowing the preferences of patients to lead.

Letting the secret out about our uncertainty may actually lead to better choices for patients.