Accessibility links
Florida Bill Would Allow Medical Marijuana For Child Seizures : Shots - Health News This variety of the drug has very little of the primary component that produces the high. Families have been moving to Colorado to get access to the therapy. 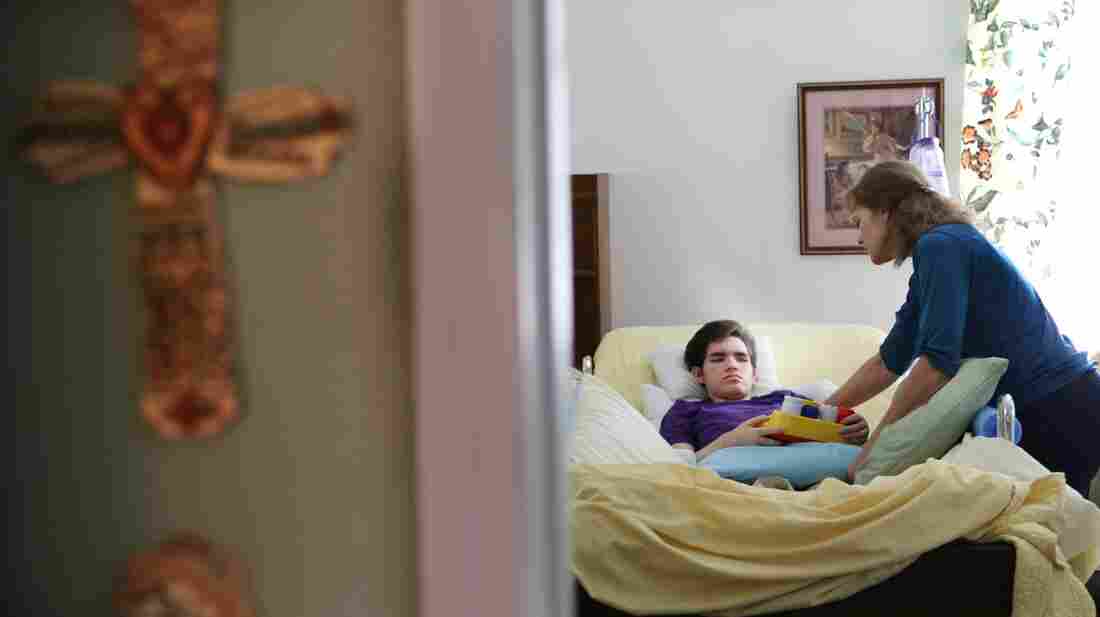 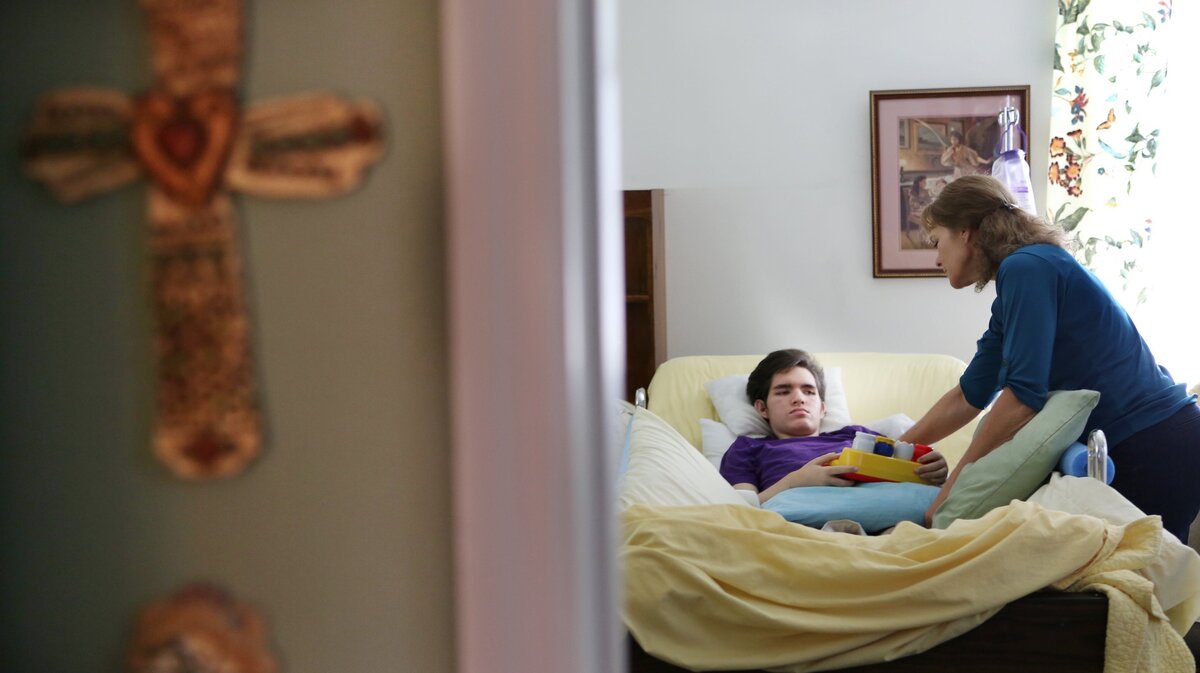 Florida may soon become the latest state to allow doctors to prescribe marijuana. Advocates there are gathering signatures to put a medical marijuana referendum on the fall ballot.

Paige Figi is a Colorado mom whose young daughter Charlotte suffers from Dravet syndrome. It's a debilitating genetic disease that left the little girl unable to walk, talk or eat. Figi says an oil extracted from a particular strain of marijuana has helped save her daughter's life.

"Charlotte is doing great," says Figi, who was in Tallahassee, Fla., to testify at a legislative hearing. "She's two years in to treatment. I would have brought her here, but she can't leave Colorado."

That's because the marijuana extract her daughter depends on can't legally be transported across state lines.

It's from a variety of marijuana with very little tetrahydrocannabinol, or THC, the primary component that produces the high. Instead, the strain has very high amounts of another compound — cannabidiol, or CBD.

A few years ago, Figi told legislators, her daughter was having 300 seizures a week. After trying every drug and therapy she and her husband could think of, they started Charlotte on a marijuana extract that contained high amounts of CBD. She takes just a few milligrams of the oil each day in her food.

But the marijuana extract isn't a cure. Charlotte and others with Dravet have a genetic disease they'll have forever. Figi says her daughter will never drive a car, marry or live independently.

But Charlotte used to have to rely on a feeding tube, Figi says, and now can eat and drink on her own. She has friends and a vastly improved quality of life.

For families like hers, Figi says, Charlotte's Web and similar strains of marijuana represent a lifeline.

"It's brand-new, and it's very, very exciting for these parents who have nothing left," Figi says.

The Figis' story has become well-known among parents of children with Dravet syndrome and other seizure disorders. There's now a waiting list for Charlotte's Web, and the grower in Colorado is working to ramp up production.

In the meantime, families from Florida and other states have been moving to Colorado to get their kids started on the therapy.

Families like Cory Browning's, who bought a house in Breckenridge, Colo.

Browning is a lawyer in north Florida whose daughter has Dravet syndrome and has suffered from as many as 200 seizures a day. Browning testified at the hearing that he's looking to Colorado because medical marijuana is illegal in Florida.

"I don't want to break the law," Browning said. "I have a law license to protect. If I have to, our only option may be to send my wife and daughter to Colorado."

Twenty states and the District of Columbia have legalized marijuana for medical purposes, and Maryland has a limited medical marijuana research program. Leaders in the Florida Legislature have consistently blocked efforts to bring a bill to the floor.

But for Charlotte's Web and similar strains, even some staunch opponents of medical marijuana now are willing to make an exception.

Rep. Charles Van Zant, a Baptist minister from central Florida, has long opposed anything that he believes expands substance abuse. But after hearing pleas from Figi and other parents, he said he was moved.

While parents and advocates are embracing this specialized form of marijuana as a new therapy for children with seizure disorders, many medical experts are more circumspect.

"There are many more unknowns than knowns," says Dr. Orrin Devinsky, a neurologist and head of New York University's Comprehensive Epilepsy Center. "And I think the focus of the community — lay and scientific and governmental — should be on getting good information. That should be the real focus of what we need right now."

Devinsky is overseeing clinical trials beginning soon that will test the safety and efficacy of a CBD compound developed by a British drug company. To get FDA approval for the drug, Devinsky says, researchers must conduct randomized, controlled trials — a process likely to take at least a couple of years.

In the meantime, some families in Florida and elsewhere say their children can't wait for results from research. For these families, Devinsky thinks Charlotte's Web and similar marijuana strains may make sense.

"If I had a child who had failed 15 medications and drug treatments and there was nothing else to do, and they were having many seizures a day that were terribly disabling," Devinsky says, "I think it would be a very reasonable thing to do to try a high-CBD cannabis product."

But the enthusiasm for the new therapy now spreading among parents of children with Dravet syndrome and similar disorders may make it harder to conduct clinical trials, Devinsky says. The challenge may be finding families who haven't already begun trying the Charlotte's Web extract.