Accessibility links
Life-Support Battle Over Pregnant Texas Woman Heads To Court : Shots - Health News Marlise Munoz's husband says she is brain-dead and the health of the fetus in question, but the hospital says state law compels it to keep the woman alive. A judge hears the case Friday. 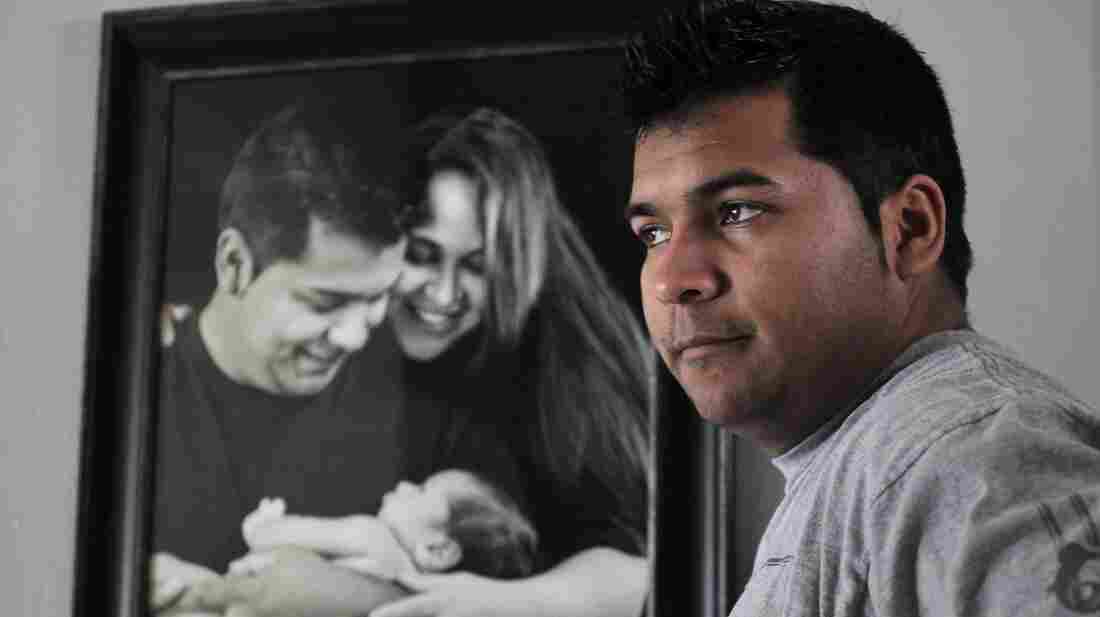 Erick Munoz stands with an undated family photograph of himself, his wife, Marlise, and their son Mateo. Erick Munoz is now fighting to have a Texas hospital remove his pregnant wife from life support, saying she is brain-dead. Courtesy Munoz Family/MCT/Landov hide caption 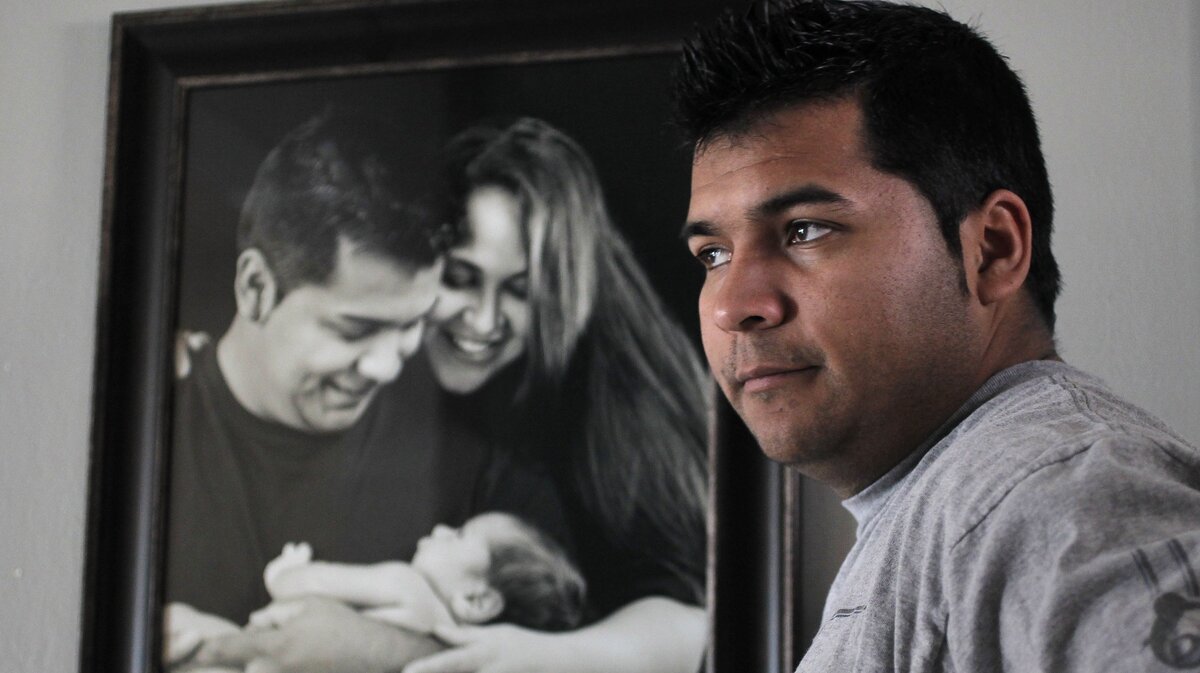 Erick Munoz stands with an undated family photograph of himself, his wife, Marlise, and their son Mateo. Erick Munoz is now fighting to have a Texas hospital remove his pregnant wife from life support, saying she is brain-dead.

The case of the Texas woman, 22 weeks pregnant and being kept on life-support machines at a Forth Worth hospital against her husband's wishes, goes before a judge in North Texas on Friday.

Marlise Munoz has been on respirators and ventilators since she was found unconscious in her home in November, when she was 14 weeks pregnant.

Her family says it has medical evidence that she's brain-dead. But John Peter Smith Hospital in Fort Worth has refused to disconnect Munoz from life-support machines, citing the Texas Advance Directives Act concerning end-of-life care. It includes this provision: "A person may not withdraw or withhold life-sustaining treatment under this subchapter from a pregnant patient."

When Munoz arrived at the hospital seven weeks ago, the media focused on her health and on the question of whether she was brain-dead. But attention has turned to the health of her unborn baby.

This week, attorneys for Munoz's husband released a statement describing the fetus as "distinctly abnormal," with heart problems, deformed lower extremities and hydrocephalus, or water on the brain.

"Knowing of these abnormalities this early in gestation, the likelihood of having a good outcome for the fetus is definitely decreased," says Dr. Sheila Chhutani, an OB-GYN at Texas Health Presbyterian Hospital in Dallas.

She says cases of pregnant brain-dead women are extremely rare. A 2010 study at Heidelberg University in Germany focused on a number of such women around the world. The results for the babies were mixed: five died in utero, and 13 were delivered by cesarean section, one of whom died a month later.

Chhutani says "in dealing with these types of cases, one of the first things is finding out if there are any abnormalities within the fetus, because that can help determine whether or not you take on the burden of keeping this woman alive in order to grow the fetus."

For weeks, Munoz's family has been asking the hospital to remove Munoz from life-support machines, but the hospital says the so-called pregnancy exclusion of the Texas Advance Directives Act makes that illegal.

Tom Mayo, a medical ethicist and law professor in Dallas, tells NPR he believes the exclusion "doesn't apply because I don't think the act applies to someone who is dead. This is all assuming now that the husband has it right, and that we'll see confirmation of her brain death as a result of the hearing."

Mayo says more than 30 other states also have pregnancy exclusion provisions on the books, but this is the first time he's heard of a hospital insisting on treatment over the objection of a family.